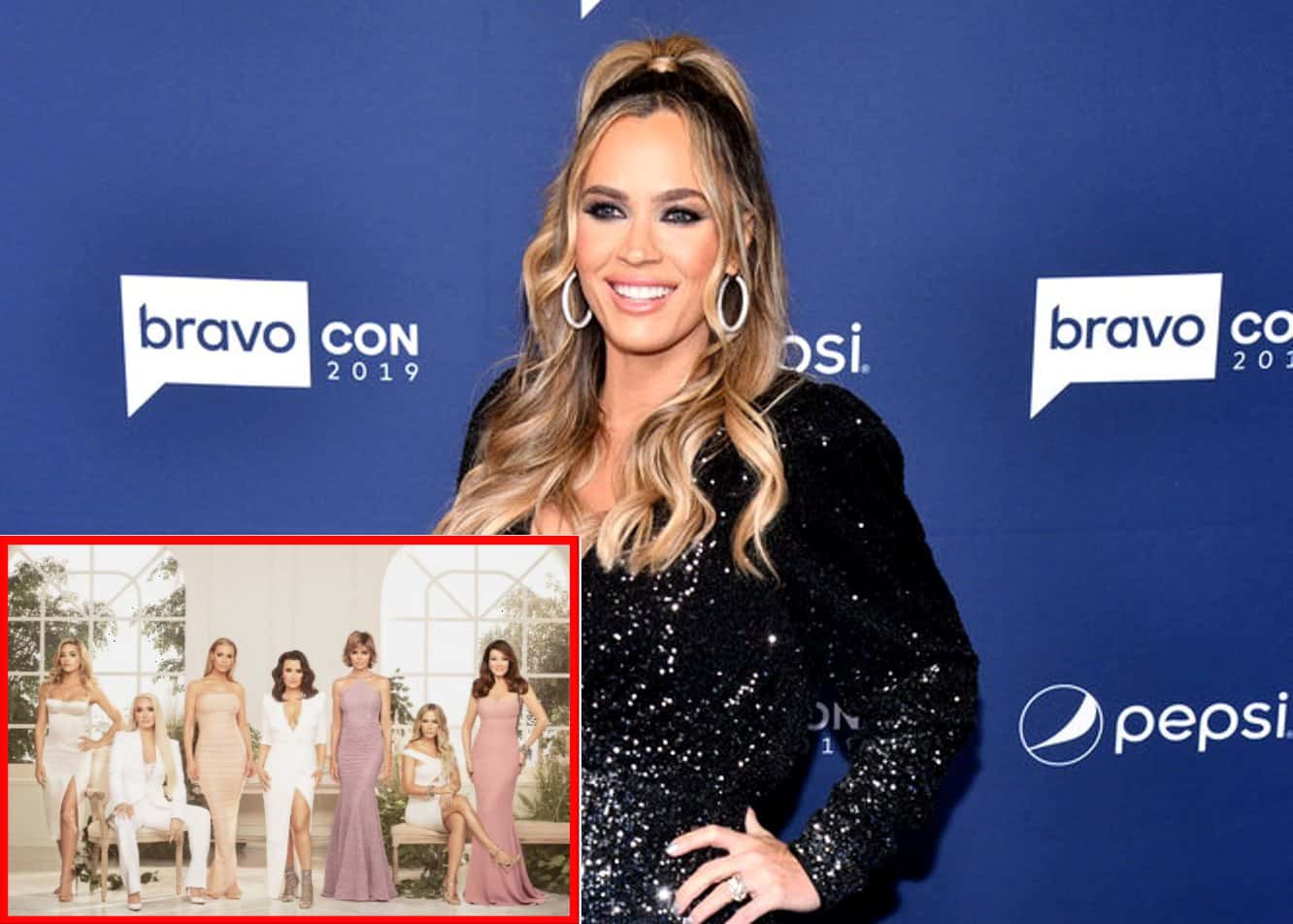 The Real Housewives of Beverly Hills season 10 is going to be “crazy!”

During a new interview, Teddi Mellencamp opened up about the “shocker moments” of the series’ upcoming episodes before addressing Lisa Vanderpump‘s absence and the potential full-time return of Brandi Glanville, who is rumored to have hooked up with their co-star, Denise Richards, last year.

“I think this season by far there has had so many shocker moments for me that… I think it’s going to be a crazy season,” Teddi told Hollywood Life on February 6. “We do have drama… There’s some craziness… There’s some tears… There’s some fights. But also when you really look at it, there’s some great accomplishments that every single one of these women have had.”

“I think it’s going to be a wild ride this year. There’s still days that I’m like, ‘Did that happen?’ Yes it did. This is your reality. Reel it in,” she continued.

Perhaps the biggest change fans will be seeing when RHOBH returns to Bravo for season 10 is the absence of longtime star Lisa. As fans well know, Lisa had been with the show since its start before quitting in June of last year after being accused of leaking a story about Dorit Kemsley supposedly abandoning the chihuahua mix she adopted from Vanderpump Dogs, which she denied.

Although it’s hard to imagine the show without Lisa, Teddi suggested fans wouldn’t miss her. She added that there are two new faces joining the show, Garcelle Beauvais and Sutton Stracke.

“I mean to me we’re all a dynamic group of women,” she noted.

As for the potential full-time return of Brandi, Teddi wasn’t opposed.

“For me, I’m game for whoever,” Teddi admitted. “As long as we’re having an authentic friendship with whomever the person is, then I think it’s great to have them there. And I mean, even if I don’t get along with a person or I do, to me it’s like, this is life. You’re not going to get along perfectly with every person. And I think that no matter who the person is, they have something that’s interesting, or something you could learn, or something you can maybe go, ‘Ooh, I don’t want to do that.’”

“I mean I think it’s fun to be with all of those different women,” she added.