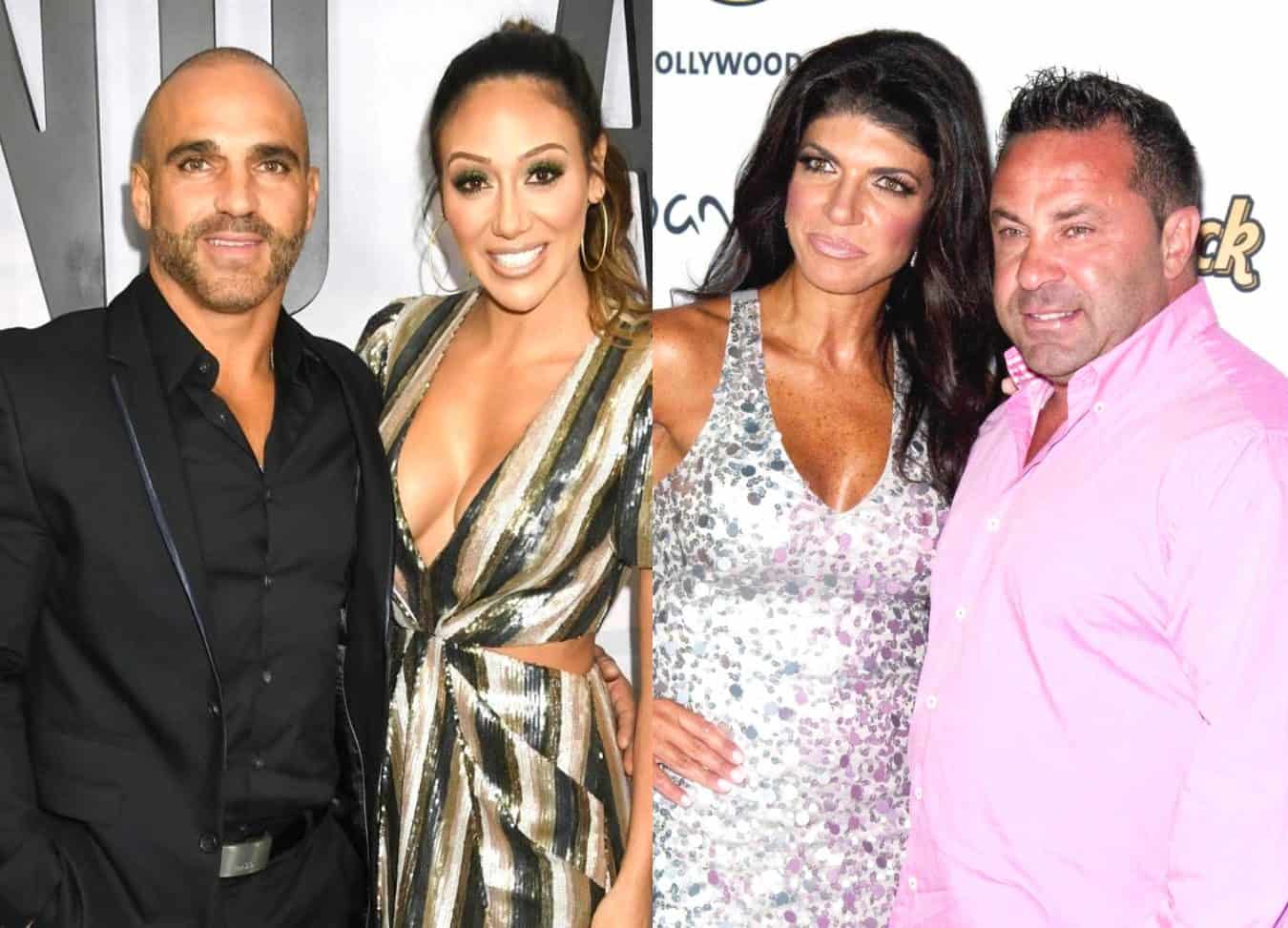 Melissa Gorga was never too impressed with Joe Giudice.

While appearing on Jonathan Cheban’s podcast, FoodGod, the Real Housewives of New Jersey star shared her thoughts about Teresa Giudice‘s estranged husband and their relationship before explaining why her own husband, Joe Gorga, decided to unfollow Joe Giudice on Instagram.

“I’m really not close to him. I never was and I’m not gonna deny it,” Melissa explained, according to a report from Bravo’s The Daily Dish. “We were never besties…I never thought he was the greatest.”

Despite not being the biggest fan of Joe Giudice, Melissa and the rest of her family were hopeful that things between him and Teresa would ultimately work out for their kids’ sake. Unfortunately, months after Joe Giudice moved to Italy as he awaited a final ruling on his deportation appeal, he and Teresa separated.

“It’s time to make new lives. I think they’ve both accepted it,” Melissa said of Teresa and Joe Giudice’s current status. “The only thing everybody was holding on for is, obviously, the kids, because they want their kids to have their parents together. But sometimes it just doesn’t work out and it’s not working out because they live in two different countries at this point, so it is what it is.”

As for why Joe Gorga is no longer following Joe Giudice on Instagram, Melissa explained that he’s simply not a fan of his brother-in-law’s ongoing posts, which tend to be more frequent than average.

Melissa also spoke of the end of Teresa and Joe Giudice’s marriage during an appearance on Watch What Happens Live earlier this month, telling Andy Cohen that she’d love to see Teresa take a shot at a romance with her former flame, Anthony Delorenzo, who was featured during an early episode of RHONJ season 10.

“I would love for her to end up with Tony, but I honestly don’t think that’s going to happen,” Melissa said at the time.