Don’t Be Tardy star Kim Zolciak is speaking out about where she draws the line when it comes to the cosmetic procedures her daughters, 22-year-old Brielle Biermann and 18-year-old Ariana Biermann, are allowed to get.

Weeks after Brielle debuted a more natural look on Instagram, Kim and her husband, Kroy Biermann, were confronted at LAX about whether or not Ariana has gotten lip fillers. During their chat with a photographer, the former Real Housewives of Atlanta cast member revealed the one thing she was opposed to.

“Not in the face… I feel like filler in the face is a lot,” Kim admitted to TMZ. “Yeah, you walk around kind of looking puffy.”

“I think the lips is okay,” she continued.

According to Kim and Kroy, they wouldn’t allow Ariana to get lip filler until she turned 18, which happened in October of last year. However, despite her 18th birthday, the couple said Ariana has not yet gotten her lips done.

“Not yet. Not yet,” Kim replied when asked if Ariana’s lips had been filled.

“You gotta go to the right person… [and] she’s still in school,” added Kroy.

In November of last year, just weeks after turning 18, Ariana shared a very suspicious video of herself on Instagram in which her lips appeared to be quite larger than they were prior to her 18th birthday.

After her mom spoke to TMZ, Brielle shared a photo of her own lips, which were recently re-plumped after being dissolved in January, on her Instagram Stories. She told her fans and followers that “less is more.”

“All the filler I had before made my lips uneven… So I had [Dr. Thuy Doan] re-inject my lips JUST A TAD and I couldn’t be happier! Still NO WHERE NEAR how they were before… Less is more!” she captioned the pic. 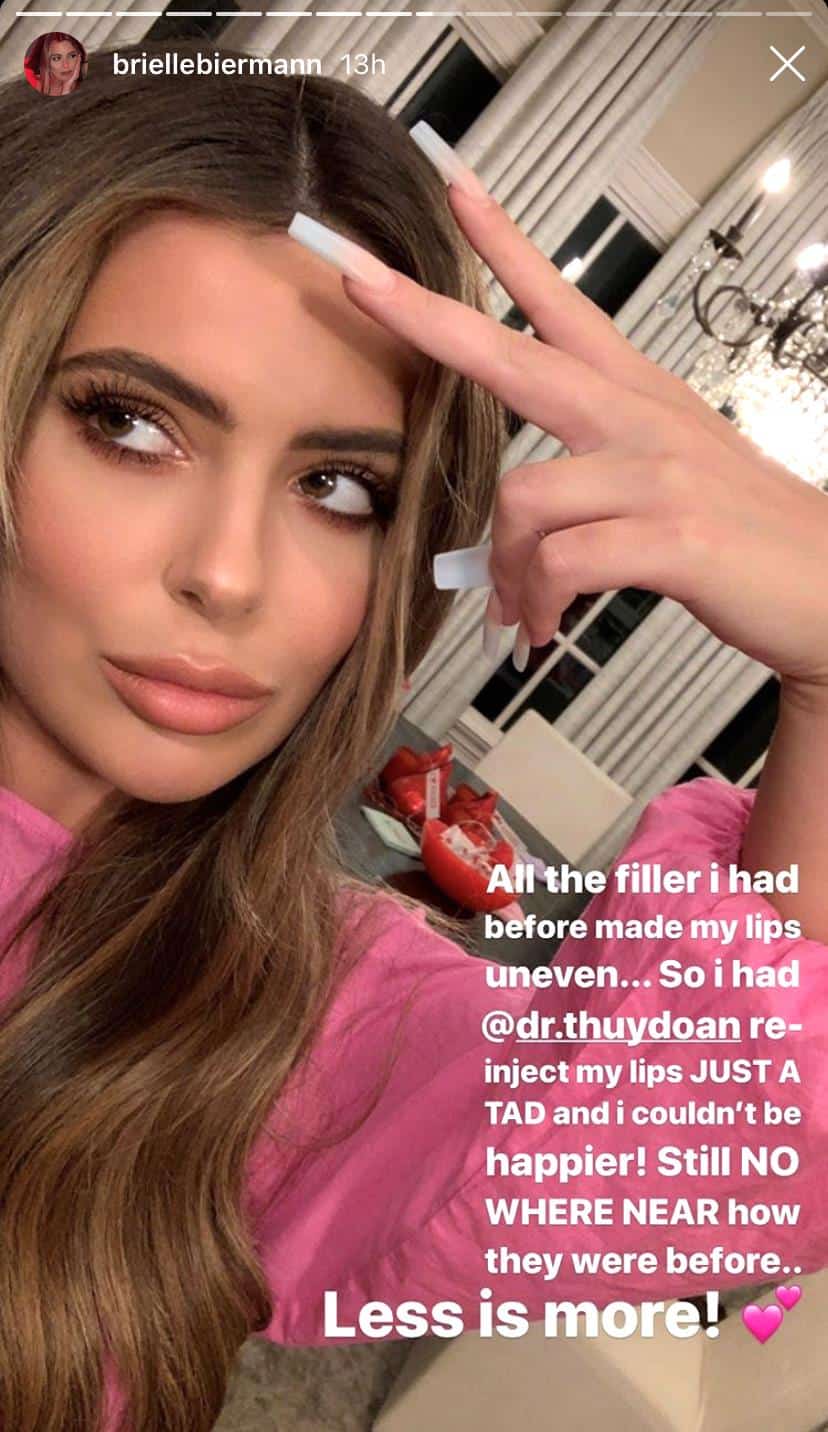 Also during her interview with TMZ, Kim admitted to experiencing her own issues with lip filler, and she said that at times, her filler has been known to move around in her face and need dissolving.

Don’t Be Tardy season eight will air sometime later this year on Bravo.