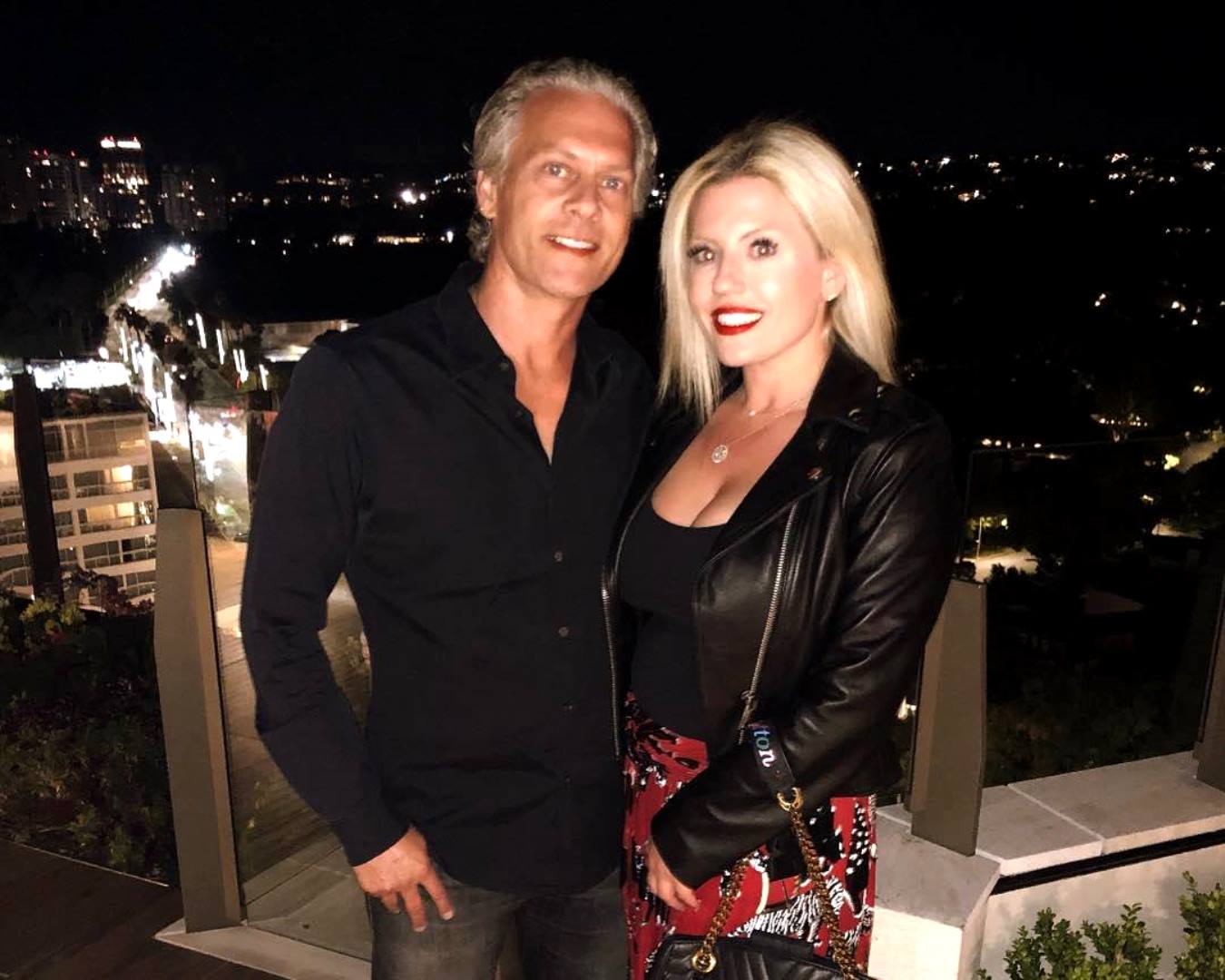 David Beador‘s fiancée, Lesley Cook, may not be interested in joining The Real Housewives of Orange County, but that doesn’t mean she’s opposed to appearing on reality television.

Years after David was last seen on the Bravo series alongside his now-ex-wife, Shannon Beador, Lesley took to her Instagram Stories to reveal the one reality show she’d be open to joining. Plus, a report revealed how much her engagement ring, which David presented to her earlier this month in Miami, is worth. 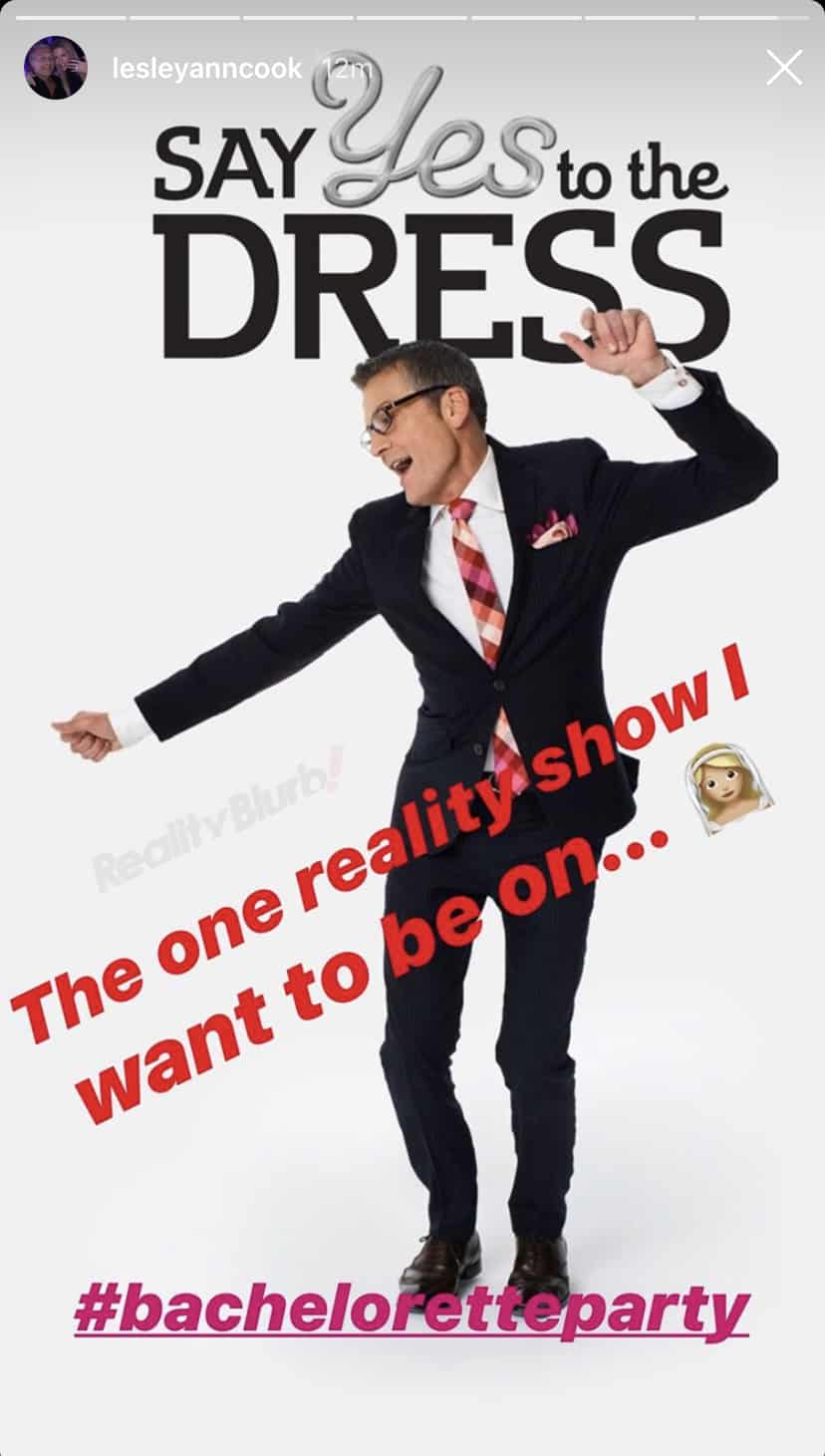 David asked Lesley to marry him during Super Bowl weekend in Miami. Right away, Lesley shared the news with her fans and followers on Instagram by posting a series of photos of herself and David along with her stunning engagement ring.

While David and Lesley have, of course, stayed mum on the price of the ring, two diamond experts who spoke to Page Six earlier this month estimated the ring cost at least $150,000 and weighed in at around four carats. 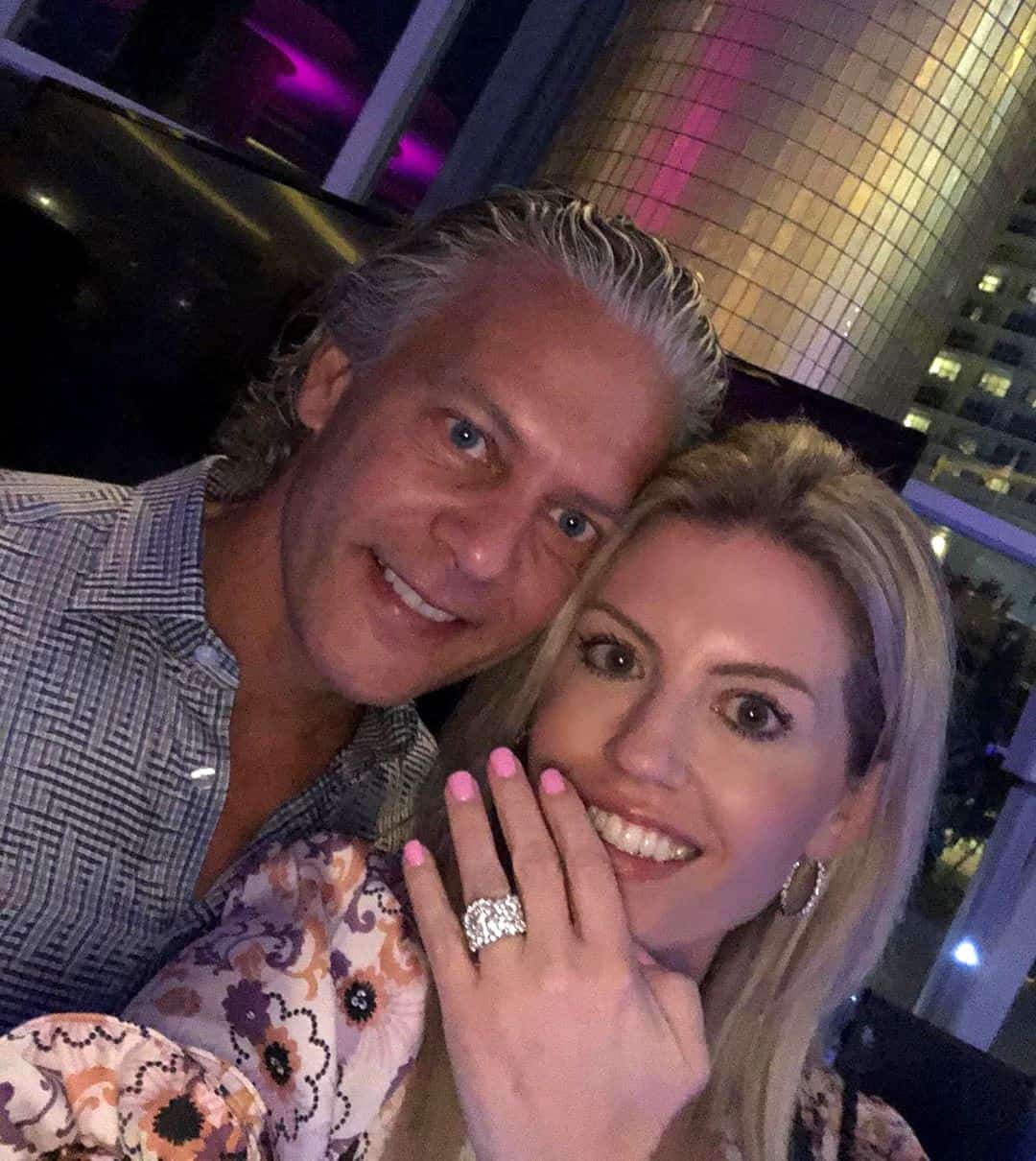 “Her engagement ring is also coupled with two additional diamond eternity rings on either side, estimated at between 1 and 1.5 total carats each, resulting in some serious sparkle!” she added.

As fans may know, Meghan King Edmonds, also of RHOC, appeared on a 2014 episode of Say Yes to the Dress before tying the knot with her now-estranged-husband, Jim Edmonds.