Home Real Housewives of Orange County News Tamra Judge Shares What She Won’t Miss About Filming the RHOC and if She Regrets How She Treated Anyone, Plus She Reveals Her Favorite Housewives Franchise and Teases Possible Return 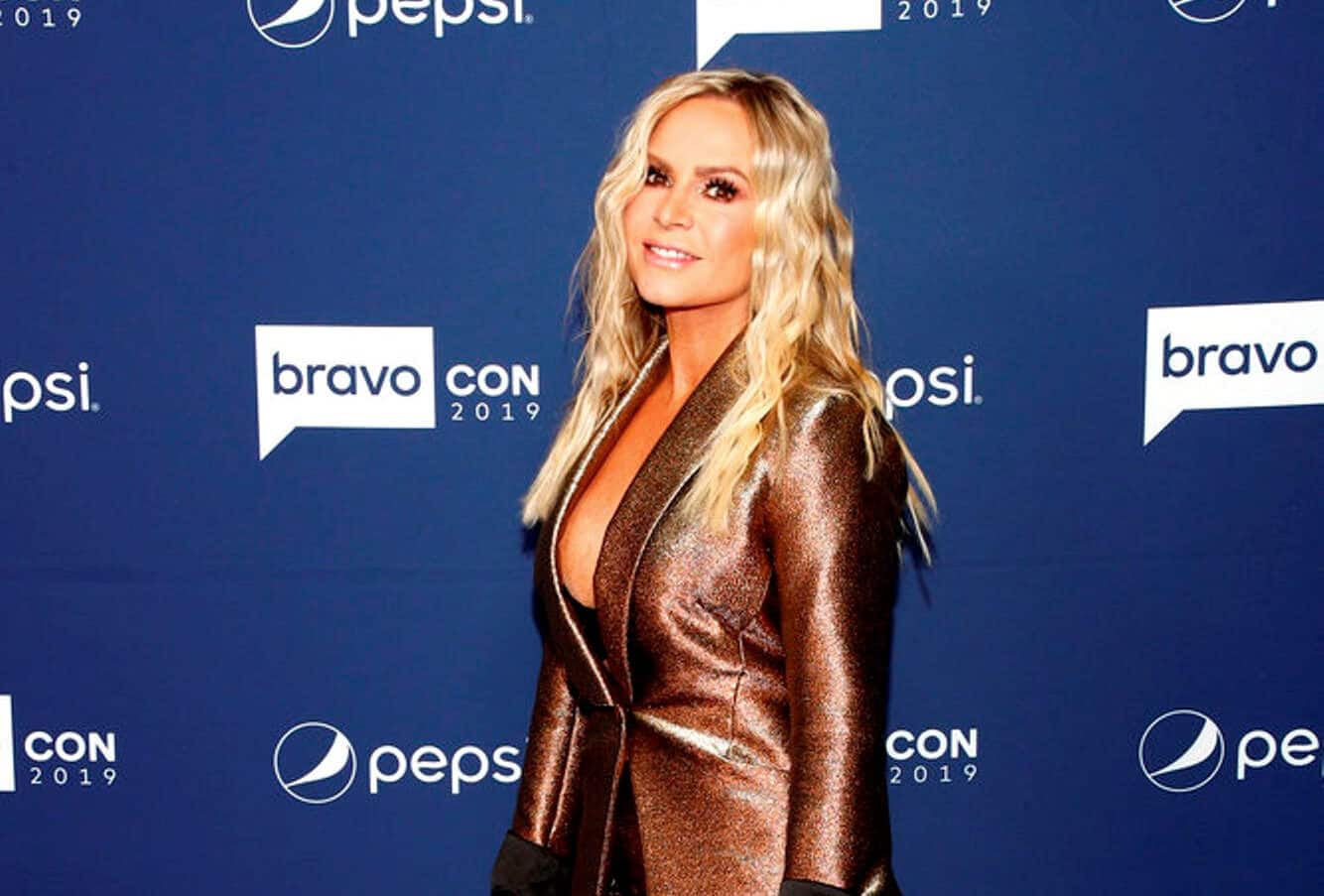 Tamra Judge might miss spending time with her former co-stars after her exit from the Real Housewives of Orange County cast last month, but she won’t miss everything about filming the Bravo reality series.

During a Q&A session with her fans and followers on her Instagram Stories over the weekend, Tamra revealed what she won’t miss about filming the show before answering questions about her potential regrets regarding the way she treated her fellow castmates and her favorite Real Housewives franchise.

“What’s the one thing you won’t miss about filming?” a fan asked on February 16. 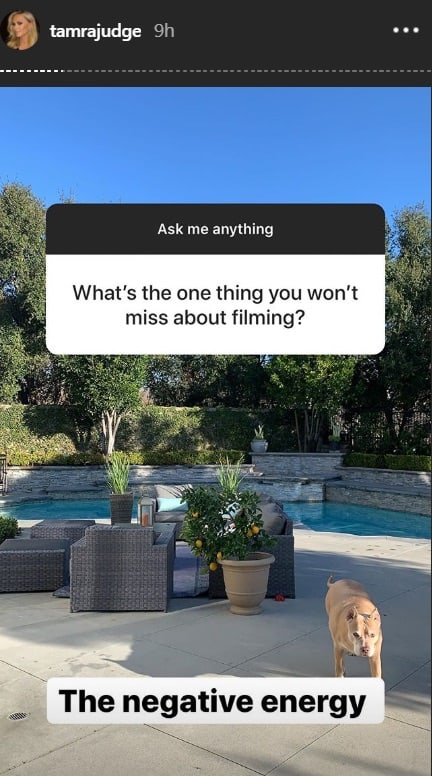 “What is your biggest regret from the show of how you treated someone on camera?” asked a second fan.

In response, Tamra said that when it comes to regrets, she does her best to live without them before blaming any poor treatment of her co-stars on them.

“I don’t live with regrets and if I treated someone bad they probably deserved it,” Tamra explained.

In a third post on her Instagram Stories, Tamra responded to a fan who wanted to know what her favorite Real Housewives franchise was. 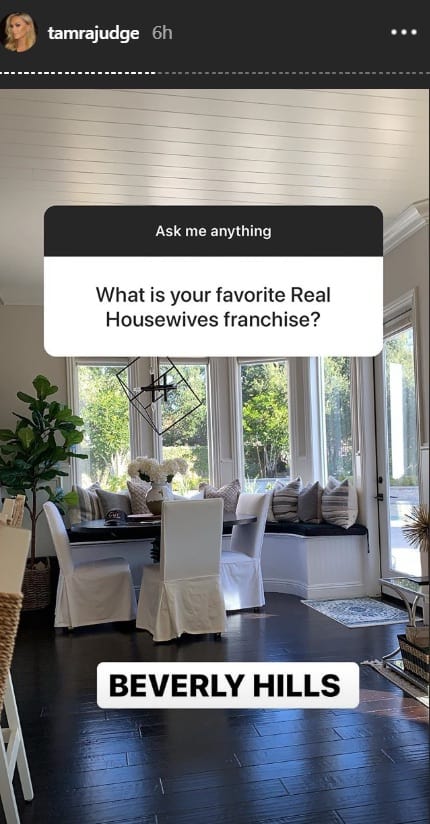 “It’s been a wild 12 years. But it’s time for me to move on. Im sad to go but very excited about my future. Love you guys,” she wrote at the time.

In her Q&A, Tamra also teased a possible return next season, writing, “You never know what’s gonna happen” after a fan asked her to “please come back to season 16.” 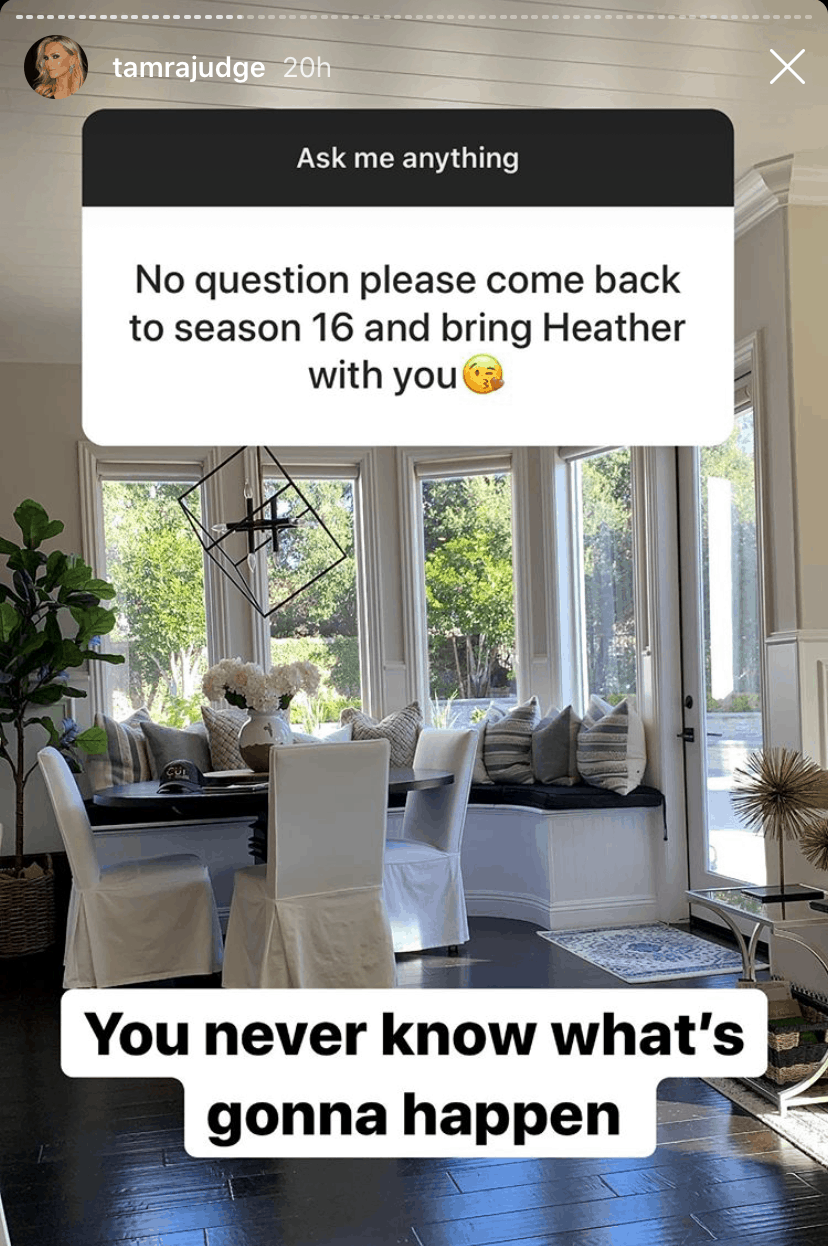 Days after her announcement, Andy Cohen explained Tamra’s exit on his radio show, Andy Cohen Live, before hinting that she could return at some point in the future.

“We have been wanting to kind of re — God, what’s the word — not reinvent, but shake it up a little bit,” he shared of the casting change.

“I’m hoping — and this is not lip service — I’m hoping that she will come back in some form either this season or the next couple,” Andy added. “I think she’s someone who I’m always interested in, I always want to check in with her on.”