Home Shahs of Sunset Shahs of Sunset’s Reza Farahan Discusses “Awkward” Run-In With MJ Javid at BravoCon and Slams Her for Failing to Thank Him for Baby Gift, Plus His Relationship Status With Adam

Shahs of Sunset’s Reza Farahan Discusses “Awkward” Run-In With MJ Javid at BravoCon and Slams Her for Failing to Thank Him for Baby Gift, Plus His Relationship Status With Adam 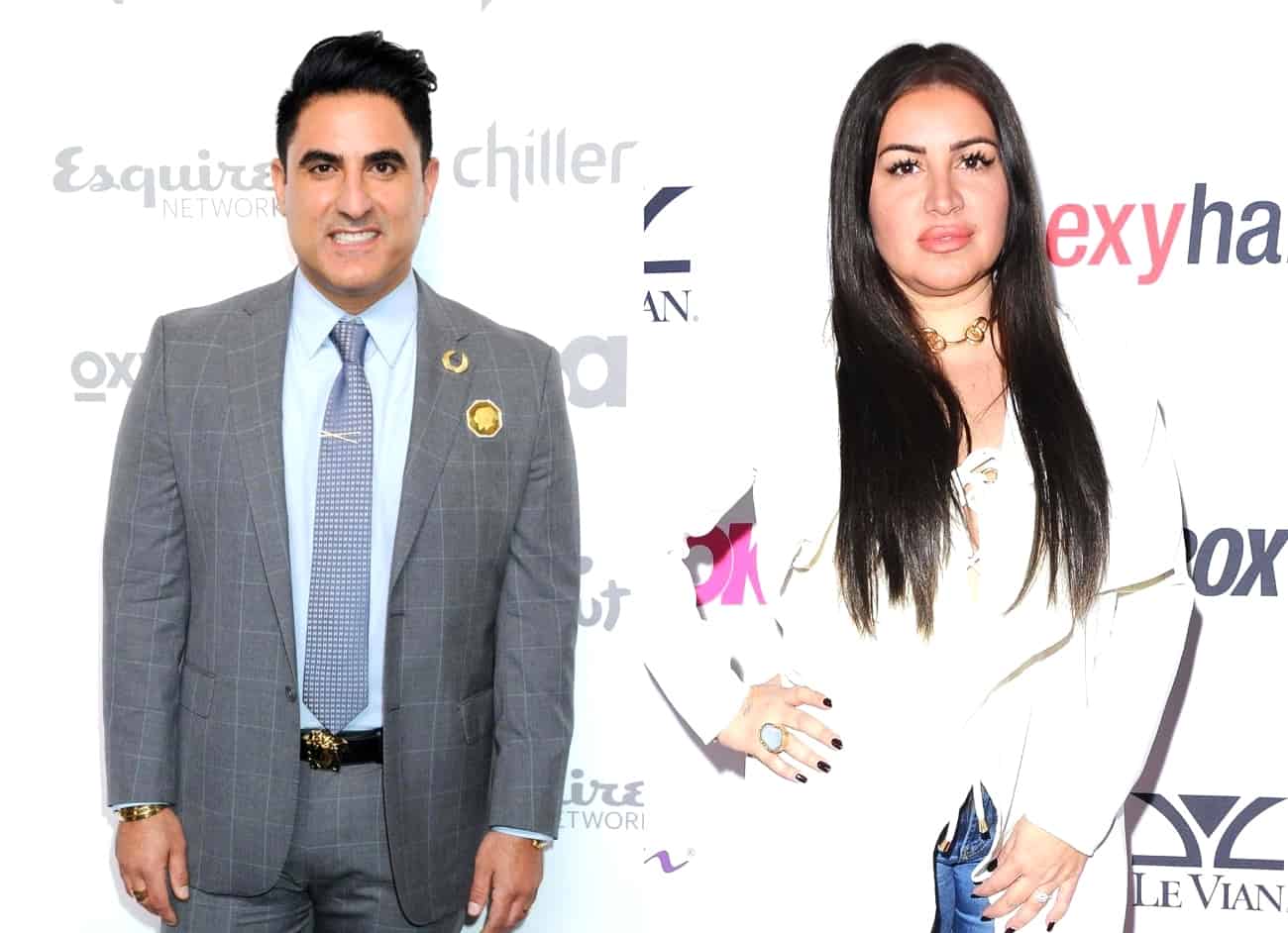 Reza Farahan purchased a baby gift for Mercedes “MJ” Javid‘s son, Shams Francis, after his scary arrival last April but got no thank you from his former best friend.

During an interview with Zack Peter earlier this week, the Shahs of Sunset cast member opened up about the gift he got for Shams before dishing on his awkward encounter with MJ at BravoCon, her involvement in the Adam Neely rumors, and where the two of them stand today.

“Not only did I give MJ a beautiful, very, very expensive Hermes blanket, uhm, I never got a thank you!” Reza shared on the #NoFilter With Zack Peter podcast.

While Reza and MJ haven’t been in touch for nearly a year, they did come face-to-face in November at BravoCon.

“The run-in at BravoCon was completely awkward. I walked up to her and said, ‘Hi MJ, it’s really nice to see you.’ And she goes, ‘It’s really nice to see me, is it? Is it? It’s nice?'” he recalled. “She’s 100% right, it was very awkward and I turned around and immediately walked away from her.”

According to Reza, he thought acknowledging MJ would be the “polite thing” to do. Unfortunately, MJ wasn’t interested and later accused him of lying about their BravoCon run-in before making it clear that she was no longer open to a reconciliation and accusing him of being on an “apology tour,” which he denies.

“What I’ve been saying is, ‘I’m depressed and upset and sad, and I hate where we’re at, and I hope we get to a better place.'” he explained.

Looking back on his chat with Ali Ashouri on an episode of Shahs earlier this month, Reza said he knew that some of what Ali was saying came from MJ because she was the only person on the planet who knew. As fans will recall, Ali claimed Adam was sexually harassing him with inappropriate texts and accused him of playing a game of strip Jenga, which Reza also denies.

As for where he and Adam stand today, Reza confirmed they are now in a much better place.

“Adam and I are constantly working on our relationship. And since I have, you know, lost my best friend, Adam and I have really started communicating 1,000% more. Because MJ used to be my first text of the day, my first call of the day, check-in calls, check-in texts. And that time and space and love has been like filled in by my amazing husband,” he shared.

In closing, Reza revealed he and MJ will soon be seen sitting down to discuss their falling out.

“It really involves truth and ownership and you’re gonna see it all,” he teased.