Home Shahs of Sunset Shahs of Sunset’s ‘MJ’ Javid Accuses Reza Farahan of Lying at BravoCon, Find Out Why as Reza Slams Her Husband Tommy for “Criminal Behavior”

Shahs of Sunset’s ‘MJ’ Javid Accuses Reza Farahan of Lying at BravoCon, Find Out Why as Reza Slams Her Husband Tommy for “Criminal Behavior” 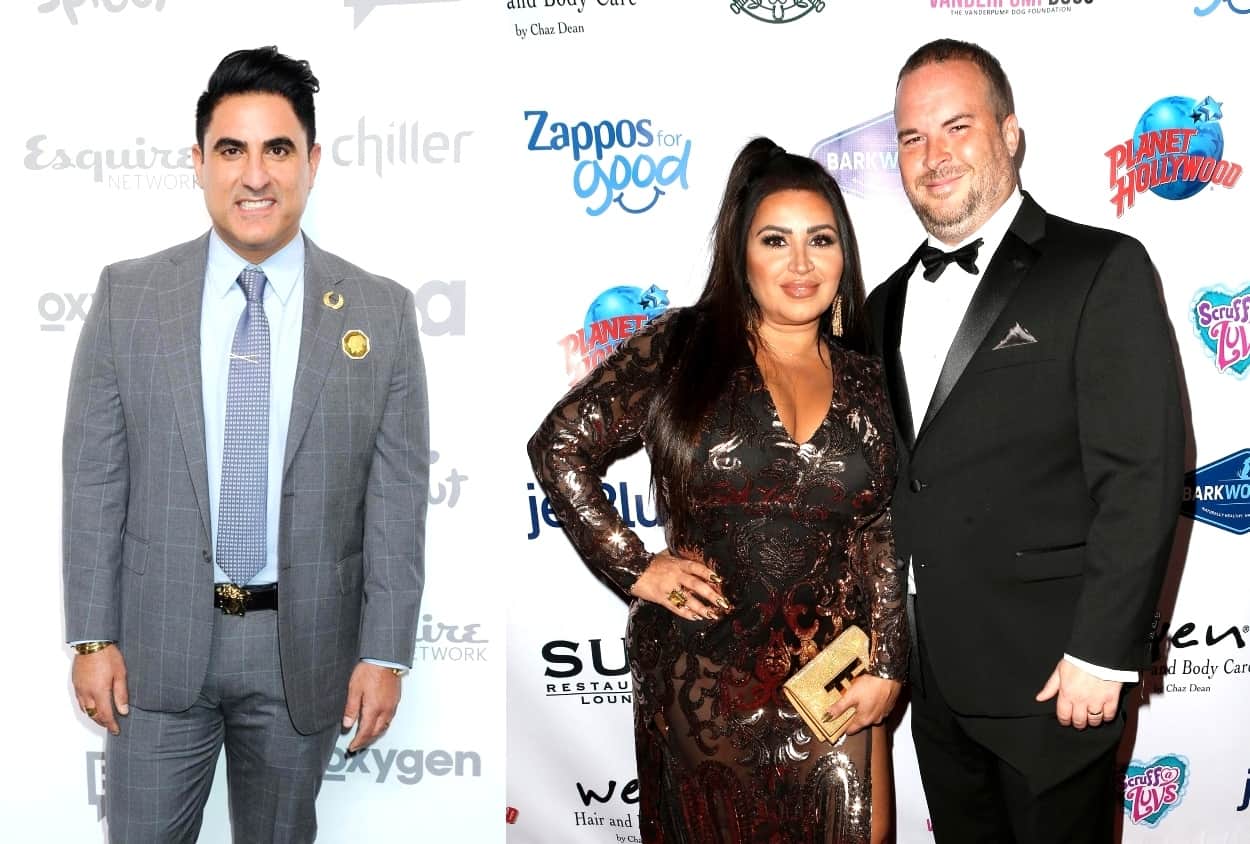 Shahs of Sunset fans hoping for a reconciliation between Mercedes “MJ” Javid and Reza Farahan shouldn’t hold their breaths.

After the first look at the eighth season of the Bravo series featured the former besties at odds as MJ’s husband, Tommy Feight, was caught vandalizing Reza’s Los Angeles home, MJ and Reza made it clear on Twitter that when it comes to their months-long feud, the drama between them is still going strong.

In December, after Reality Blurb shared comments from MJ in which she confirmed her relationship with Reza was “nonexistent” and said she was shocked by the way he had changed, MJ accused Reza of lying about the status of their friendship during a separate interview at the BravoCon fan convention in November.

“Yes, unfortunately for Reza, he flat out lied to people at BravoCon. He is obsessive and extreme in his actions against people by whom he is threatened. I wish him happiness and health,” MJ tweeted.

During Reza’s interview at BravoCon, he claimed he and MJ were “in a much better place” than they were when they were shooting season eight and said he was “super hopeful” that the two of them would be able to get back on track.

After seeing MJ’s Twitter post, a fan reminded the reality star that her husband had been caught on camera destroying a number of items at Reza’s home after their falling out.

“Yeah I guess he is a little threatened by you considering you had your husband go there and smash up all his stuff,” the fan wrote.

Although MJ didn’t offer a direct response to the fan, she did share a reaction to her husband’s behavior after being called out by another Twitter user who slammed her for allegedly enlisting her husband to trash Reza’s home.

“You have NO idea what you’re talking about,” MJ told the fan. “Reza lied multiple times about me on and off camera, you’ll see the disgusting things he does and says. Upon which time, my husband reacted mildly in comparison.” 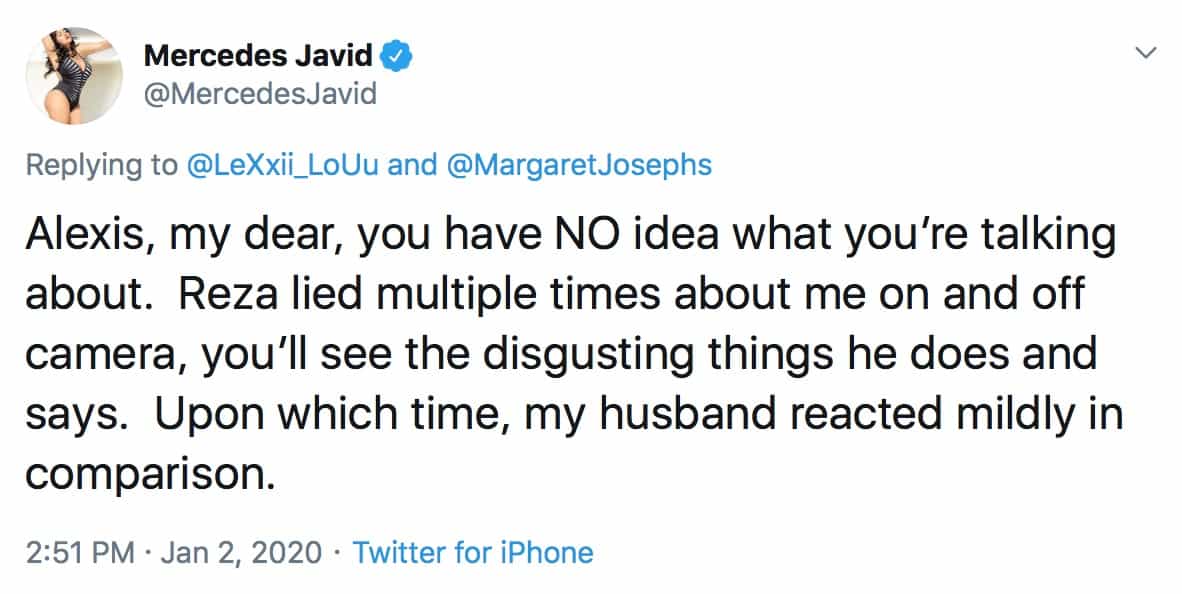 One day after MJ’s clap back, Reza weighed in.

“I’m definitely always threatened by criminal behavior,” Reza wrote. “I’m not from the streets and don’t understand that type of behavior! I pray for them and wish them the best!”

Shahs of Sunset season eight will air on Bravo sometime later this year.