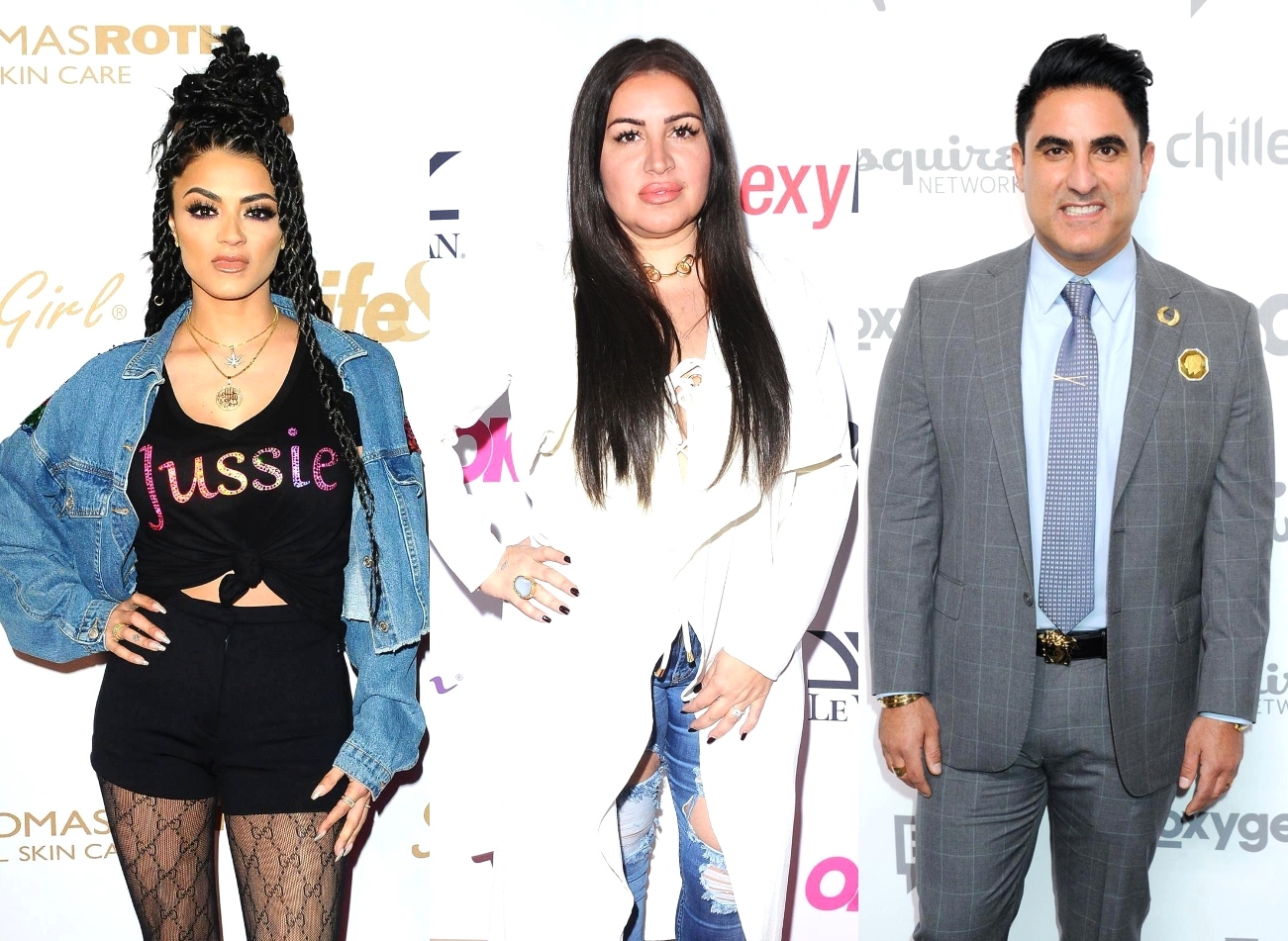 Shahs of Sunset stars Golnesa “GG” Gharachedaghi and Reza Farahan both opened up about their ongoing feuds with co-star, Mercedes “MJ” Javid while attending BravoCon earlier this month.

After GG slammed MJ as a “snake” on stage at the “Unapologetic and Unfiltered” panel, Reza offered an update on his relationship with MJ before dishing on his friendship with Mike Shouhed after their falling out and speaking about his baby plans with husband Adam Neely.

“[My biggest rival] has always been the very largely… entertainment MJ,” GG revealed, according to a report from The Daily Dish.

“Reza [Farahan] was her BFF. He sort of always had her back regardless,” GG explained. “It was kind of the two of them and they were the [ringleaders], so the other ones trolleyed around wherever they went.”

Earlier this year, Reza and MJ engaged in a very public feud on the heels of the birth of MJ’s first child. A short time later, after Reza allegedly revealed some sensitive medical information about MJ, MJ’s husband, Tommy Feight, was caught vandalizing his and Adam’s home in Los Angeles.

At the time of her dispute with Reza, rumors suggested MJ wouldn’t be a part of season eight but according to GG, MJ was very much in the mix — and causing plenty of tension amongst the cast.

“MJ is a very smart cookie and very clever. She knows how to make you love her and need her, and then she just kind of comes out of nowhere like one of those little snakes and just gets you,” GG revealed.

As for what else fans can expect from season eight, GG, who announced her pregnancy last month, told Bravo that she is “excited” to showcase her baby journey with fans on the new episodes.

Also during BravoCon, Reza attended the “Men of Bravo panel,” where he spoke of MJ and other topics during a Q&A with the sold-out audience.

“We were very close,” he said of himself and MJ, via The Daily Dish. “We are in a much better place right now than when we were shooting the season and hopefully, you know, there’s gonna be a better tomorrow ahead… I’m super hopeful that we can get back on track, and she is in a different place. She’s married with a baby now. I’m in a different place.”

In addition to suffering a falling out with MJ during production on the “nuclear” eighth season, Reza was also involved in a feud with his longtime friend Mike and actually filed a letter of cease and desist against him in hopes of blocking him from selling shirts with his name or likeness on them. Luckily, just as he has gotten to a better place with MJ, Reza is also on better terms with Mike.

“I bumped into him and he asked me to his room. And we had a nice conversation in his room and I’m going to see him tonight,” Reza revealed during an interview at the event.

“Reunited and it feels so good,” he added.

During the eighth season of Shahs, which Reza said came with “a lot of regrets,” fans will learn more about the evolution of Reza’s relationships with his co-stars.