Home Real Housewives of Atlanta News RHOA’s Cynthia Bailey Shares New Details About Marc Daly’s “A–hole” Behavior, Plus Why He Was “Irritated” With Eva Marcille as She Calls Him Out For How He Treated Kenya Moore

RHOA’s Cynthia Bailey Shares New Details About Marc Daly’s “A–hole” Behavior, Plus Why He Was “Irritated” With Eva Marcille as She Calls Him Out For How He Treated Kenya Moore 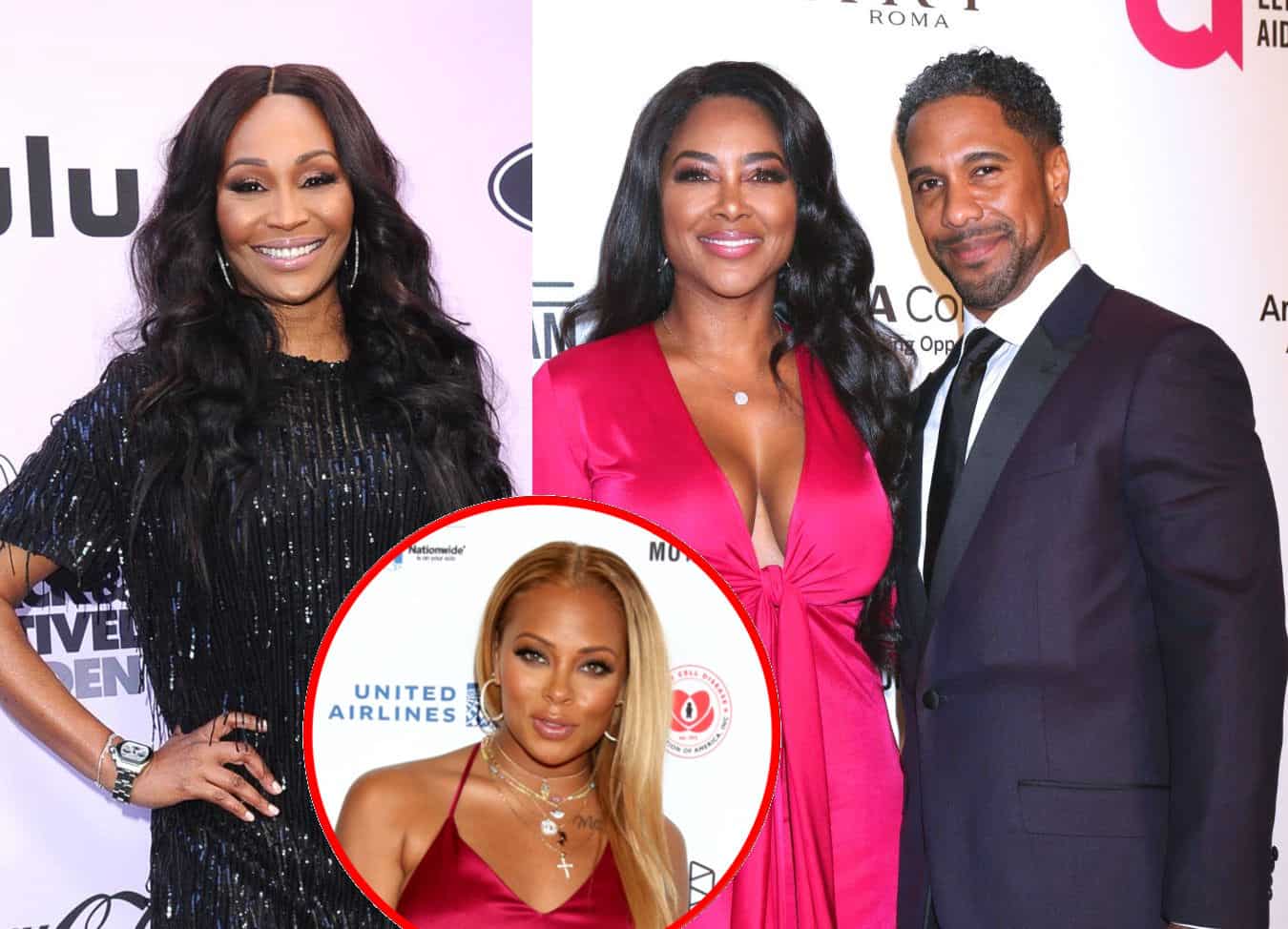 The Real Housewives of Atlanta star Cynthia Bailey is not holding back when it comes to her good friend and co-star Kenya Moore’s estranged husband Marc Daly as she shares new details about what Bravo didn’t show regarding Marc’s “a–hole” behavior during his charity event.

Following last night’s explosive episode surrounding Marc’s charity event and the end of his marriage to Kenya, Cynthia and Eva Marcille shared their thoughts on the event (and all its dramatic aftermath) on the RHOA After Show.

“There’s a couple things I really didn’t appreciate about that night at the charity event,” said Cynthia in the video. The reality star went on to explain how unappreciative and disrespectful she felt Marc was, considering the effort Kenya put into helping with the event.

“That night I guess I was paying even more attention than I would normally because Mike [Hill] was hosting,” she explained. “One of the things that I noticed Marc didn’t do was … he didn’t thank Kenya for helping him with the event which I know she did. Kenya’s the reason we were all there.”

Eva also pointed out how Mike even tried to “prompt” Marc after his speech left out thanking Kenya, saying how the men should “acknowledge our queens out there as well.” Eva did cut Marc a bit of a break, suggesting that because he’s not “super duper outgoing from a communication stand point,” he may have simply forgotten. Still, Cynthia felt it was “in poor taste.”

Cynthia also shared how she’s “seen all sides” of Marc, including an “amazing” side. Because of that, she has sometimes understood why Kenya chose him as a partner, but she also knows that he can be “not that nice.”

The Bailey Wine Cellar owner went on to explain how Marc essentially ignored her and fiancé Mike after they made a great effort to arrive early. On the show, it appeared that Marc ignored them for only a few minutes, but according to Cynthia, he ignored them for much longer.

“He didn’t even speak to us for the first 20 minutes or so,” Cynthia said, adding that Marc seemed like he was “in a bad mood or agitated” and that “his energy was off.”

The ladies also discussed how Marc was allegedly upset with Eva.

“I heard he was mad that I ate early,” shared Eva.

“Well, that did come up which was another a–hole thing,” Cynthia added about Marc being agitated with Eva. “You’re a pregnant woman, you’re about to have a baby on the floor right now.”

“[I] felt bad after the fact,” said Eva, saying how people told her how Marc was “really irritated” she ate before everyone else.

The ladies continued to hint at the drama between Kenya and Marc that all came to a head at the event, with reports of Marc “kicking out production.”

“It was … it was bad,” Cynthia concluded, seemingly implying it was worse than what was aired during the show.

Although the drama continues to play out on social media between Kenya and Marc, we’ll have to stay tuned to the show — and the reunion — to see what’s to come between the couple.