Home Real Housewives of Orange County News RHOC’s Vicki Gunvalson Confirms Bravo Approached Her With a New Show! Reveals What Andy Cohen Told Her About Firing, and Admits She Thought Wedding Would Keep Her on Show

RHOC’s Vicki Gunvalson Confirms Bravo Approached Her With a New Show! Reveals What Andy Cohen Told Her About Firing, and Admits She Thought Wedding Would Keep Her on Show 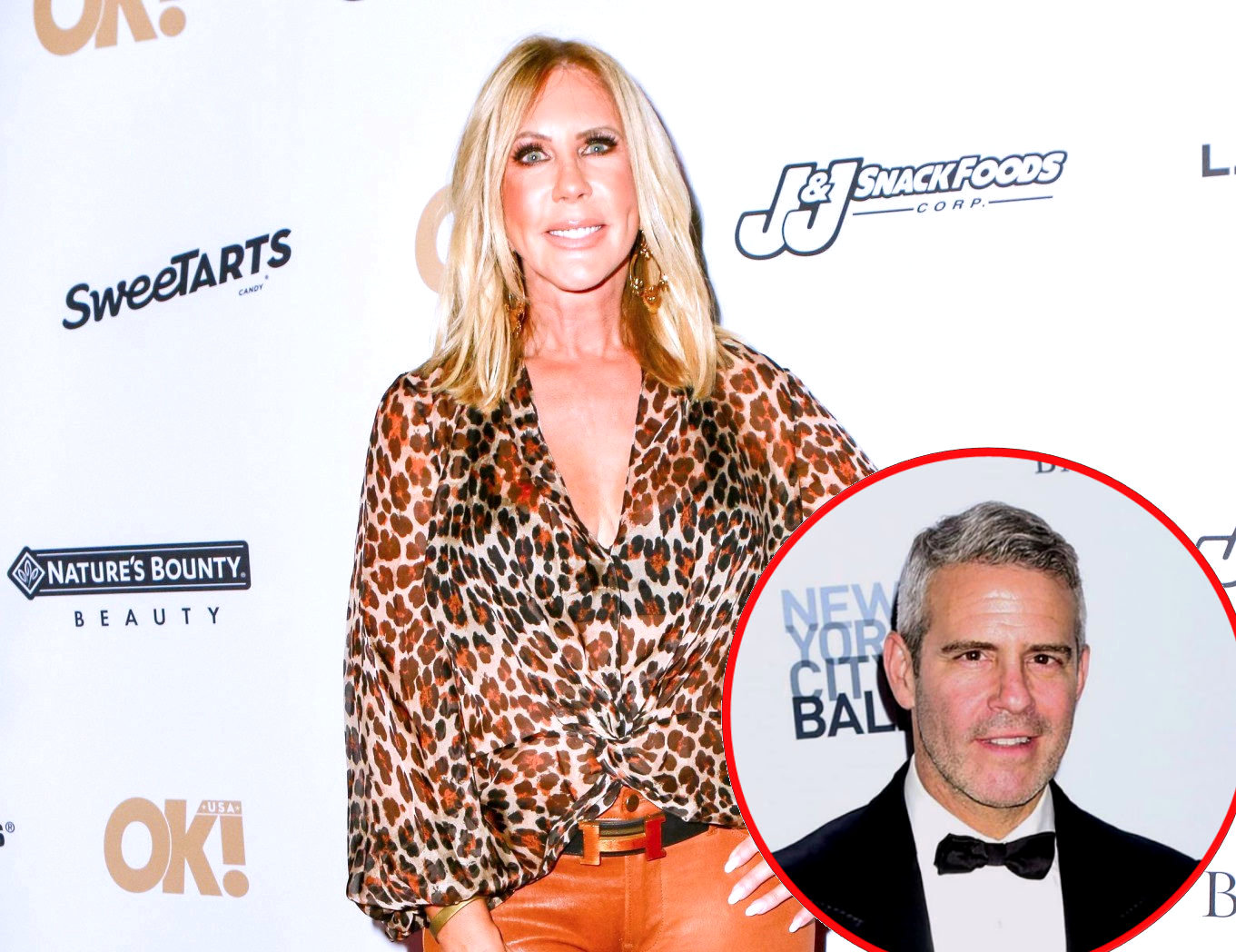 Vicki Gunvalson launched her new podcast series this week, and on the show’s debut episode, she opened up about her post-Real Housewives of Orange County life.

In addition to revealing that she was recently approached by Bravo about a new show, Vicki explained what Andy Cohen has told her about her firing and admitted that she believed her upcoming wedding to Steve Lodge would be something the network would want to feature on the upcoming 15th season of RHOC.

After telling her listeners on the March 5 episode of Whoop It Up with Vicki that Steve wants to get married next month on a cruise ship, Vicki said she thought she was going to get married on the show.

As for showcasing her upcoming life events on a new show, Vicki confirmed she has already been approached by the network.

“Bravo did approach me with a new show. So, I’m entertaining that. It looks like I’ll be going on that. [It’s] really exciting who’s going to be on that with me,” she teased.

Despite announcing her exit from RHOC in January, Vicki is in “super good standings” with Bravo, her producers, and Andy, and was recently told by Andy that she wasn’t technically fired, because she was not an employee but a subcontractor, and would be on “another show” soon.

“He says, ‘I didn’t fire you. You’re going to be on another show just stayed tuned. There’s lot of stuff coming up for you. We just needed to shift it up,’” Vicki recalled. “That’s a tough pill to swallow for somebody that created this show and created the franchise. I’m really still struggling with it but it’s only been a month since the news broke.”

Looking back on her time on RHOC, Vicki said, “It’s been a really crazy ride.”

“This is my first season, starting this week, that I am not on in 15 years. So, I’ve got FOMO,” Vicki confessed. “That’s how I feel. [Tamra Judge] also got the big old boot. So, we’re both there for each other through this but we are both feeling really super left out.”

Because Vicki has so many exciting things coming up, especially her wedding to Steve, she truly believed she would be asked to return to RHOC in a full-time role for season 15.

“I thought that they were going to want to pick up my wedding this year but they had other plans,” she shared.

That said, Vicki is doing okay with the news of her exit.

“Tamra’s good. We’re good. It’s just a FOMO. It’s really… Bravo, the network became a part of my life. I love them. I still think I’m employed when I wake up in the middle of the night I keep thinking, ‘I’m going to start filming tomorrow.’ But there’s no cameras coming over,” she concluded.