Is Teresa Giudice moving on from her marriage to estranged husband Joe Giudice? It sure looks that way.

Just months after her and Giudice’s separation was confirmed, a number of very flirty comments shared by the Real Housewives of New Jersey star on photos posted by sports agent Joe D’Amelio, including one about a potentially secret getaway, have been uncovered.

In November of last year, weeks before her separation was announced, Teresa posted a heart-eyed emoji and a series of fire emojis in the comments section of a photo of D’Amelio and another man.

“All dressed up love it,” she wrote. 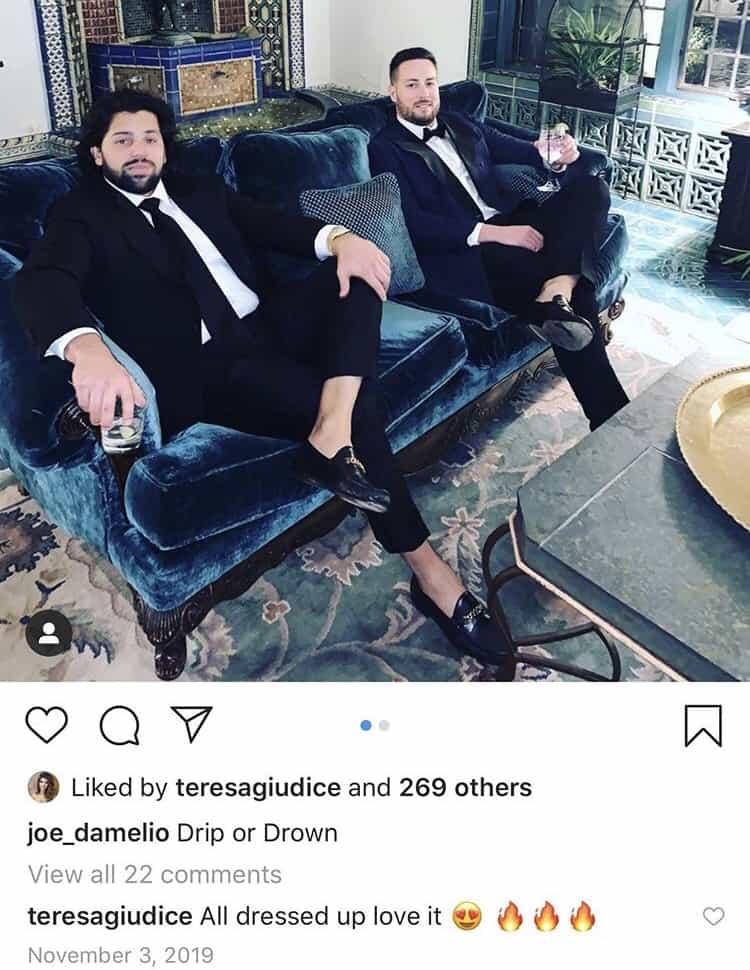 In the comments section of a photo shared one month later, which featured D’Amelio shirtless on a balcony, Teresa left three fire emojis. 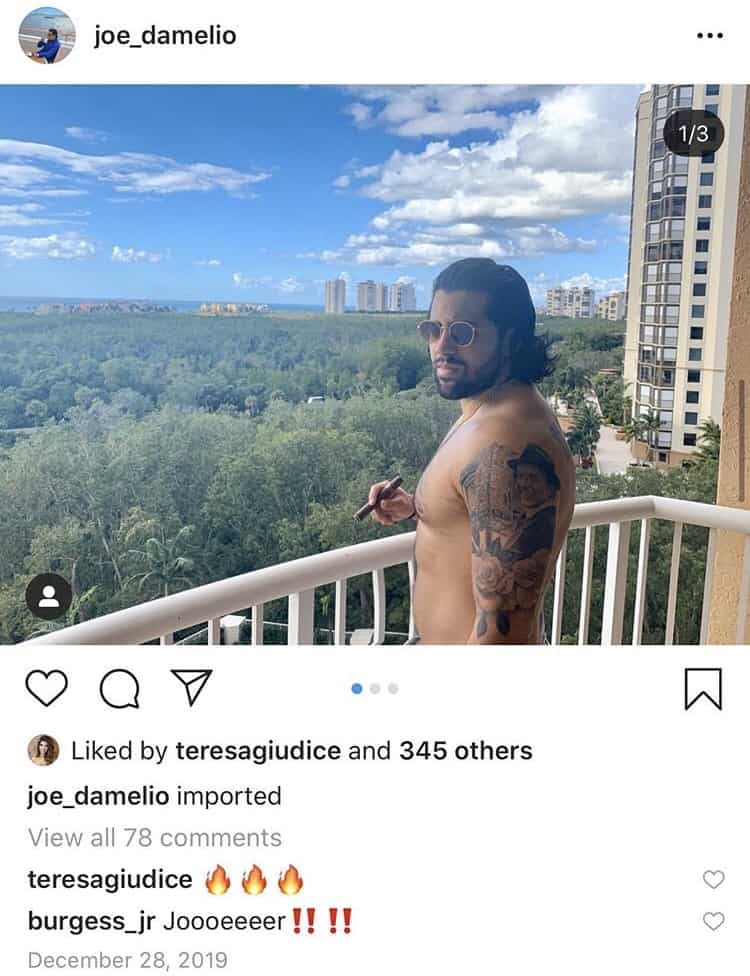 Then, when D’Amelio posted an image of himself on a private jet, Teresa asked, “When’s our flight next trip?,” which suggested the two of them had already been on at least one vacation together. 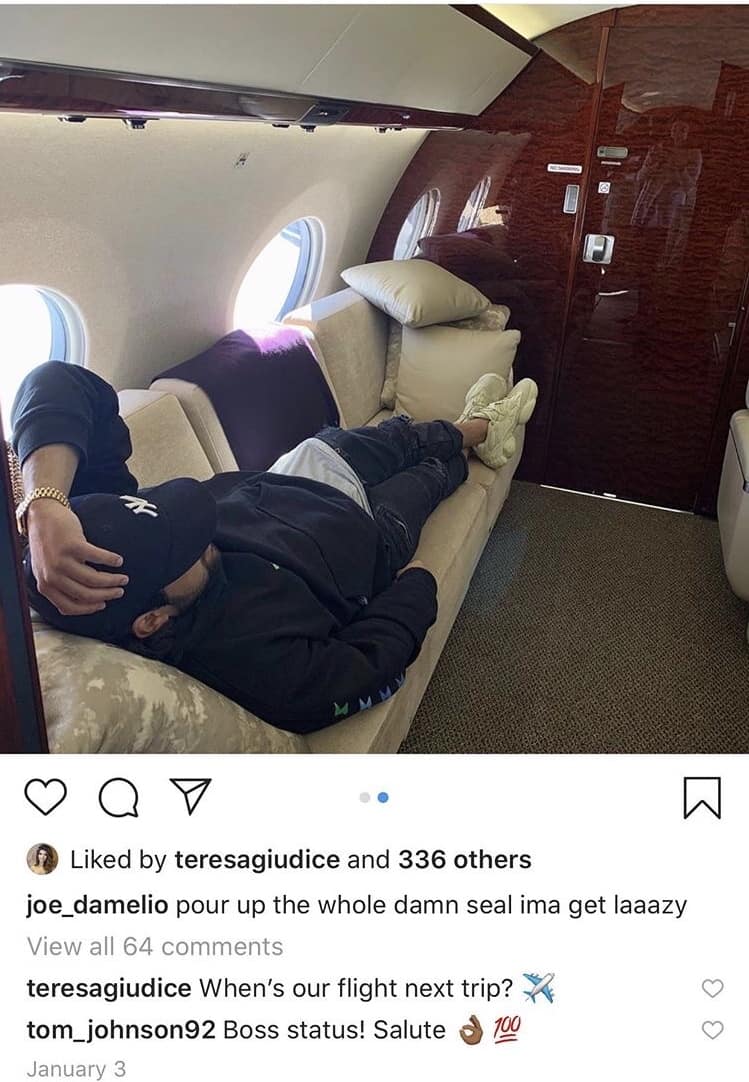 More recently, D’Amelio left a comment on a photo Teresa shared that featured her dad and several other family members.

After the longtime RHONJ cast member shared the pic and told her fans and followers that Sunday was family and pasta day, D’Amelio told her, “I’ll go to the diner.”

“Stop it I told you to come over,” Teresa said in response, along with a heart-eye emoji. 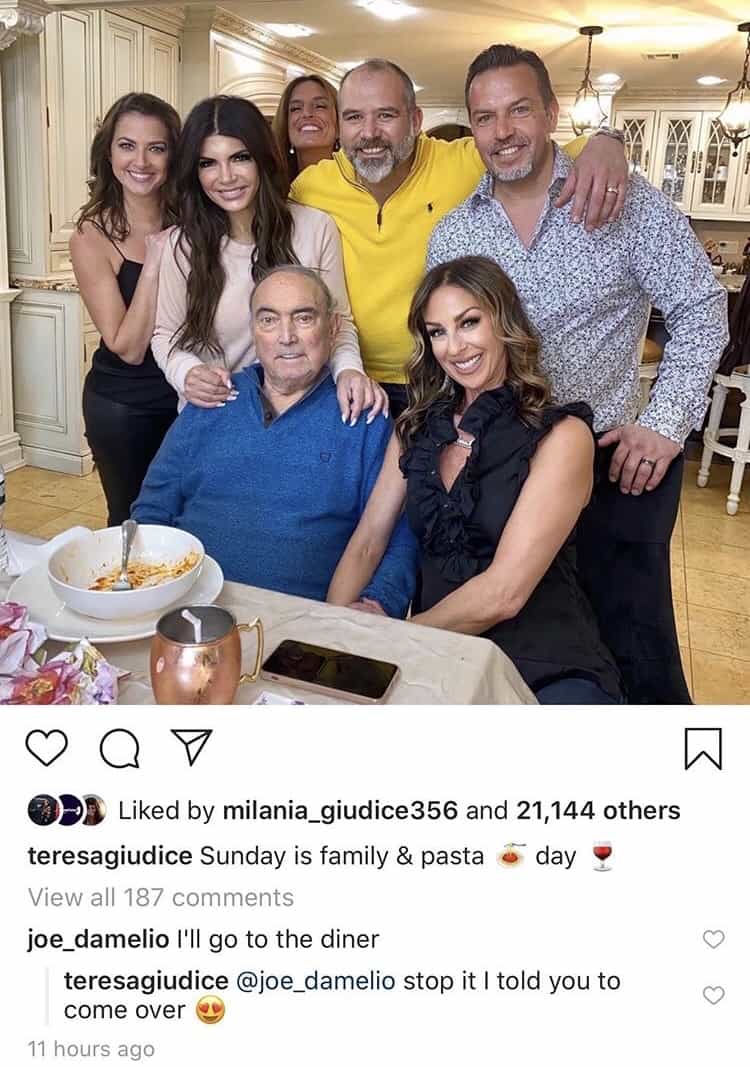 While Teresa and Giudice have been separated for months, they have remained on good terms for the sake of their four daughters, Gia, Gabriella, Milania, and Audriana.

Just last month, during an interview on E! News’ Pop of the Morning, Teresa offered an update on her relationship with Giudice before sharing the way in which they hoped to co-parent.

“We’re doing good,” Teresa confirmed. “Joe and I, our first priority is our daughters, and that’s it. We’re just going to be the best parents we can to them and support each other, no matter what.”