Home Real Housewives of New Jersey News Is Teresa Giudice Considering Quitting the RHONJ After ‘Embarrassment’ Over Involvement in Danielle Staub’s Hair Pulling? Plus Moment She Realized She Was “Better Off” Without Joe

Is Teresa Giudice Considering Quitting the RHONJ After ‘Embarrassment’ Over Involvement in Danielle Staub’s Hair Pulling? Plus Moment She Realized She Was “Better Off” Without Joe 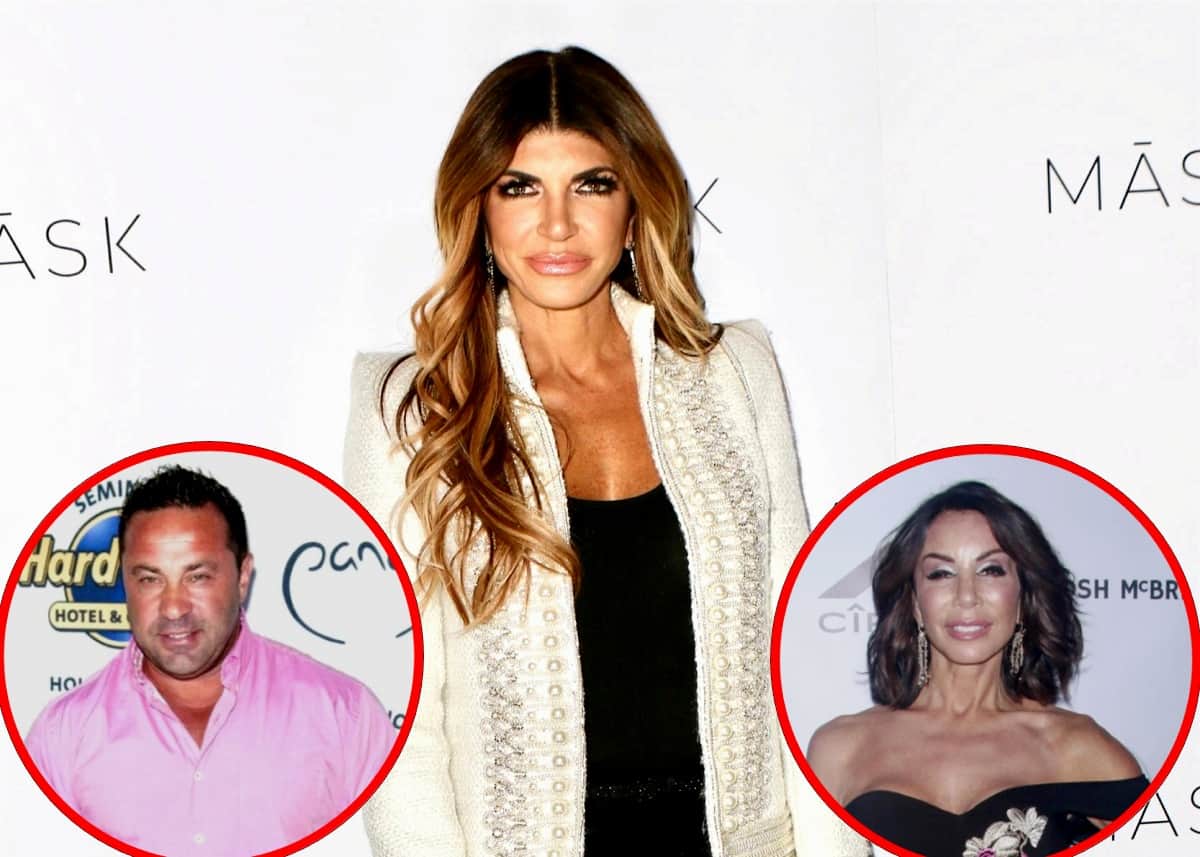 Teresa Giudice is said to be feeling “embarrassed” after she was caught encouraging Danielle Staub to pull Margaret Josephs‘ hair during an episode of The Real Housewives of New Jersey weeks ago, but is she actually considering walking away from the show? Plus a separate report is revealing the moment Teresa realized her marriage to estranged husband Joe Giudice was over.

According to a new report, Teresa had a hard time watching last week’s finale episode because she felt “embarrassed and angry” about the footage that aired of her telling Danielle to “do it.”

“This week’s finale episode was really hard for Teresa to watch,” a source told Hollywood Life on Sunday, March 1. “She was really embarrassed and angry and is so ready to move on from this season and on to the next.”

As viewers saw, Teresa ended up flipping off the camera while Dolores Catania shared that she was “pissed at the producers” over the revelation that she encouraged Danielle to pull Margaret’s hair. However, while the awkward moment hasn’t made Teresa too excited for the upcoming 11th season of RHONJ, the insider also confirmed she has no plans to walk away from the show.

Although Teresa has endured plenty of backlash for her behavior, the insider added that her co-stars rallied around her with support after she ended her friendship with Danielle.

“She’s happy that her castmates have supported her since walking away from her friendship to Danielle. She is confident that she and Marge (Margaret) will eventually be fine again and she gets why she’s upset, but Teresa is still done with Danielle. They spoke at the reunion and she has no plans to speak to her again anytime in the near future. She’s done,” the source stated.

In addition to having a hard time watching the hair-pulling drama on RHONJ, Teresa also struggled to relive her reunion with Joe in Italy.

“That trip was very special for them but she appreciates having it on camera to relive. It was bittersweet for all of them,” the source said.

As for the moment in which Teresa realized she was “better off” without Joe, that reportedly came after her mother, Antonia Gorga, died in 2017 of pneumonia complications.

“When Teresa’s mom died, she really realized how angry she was with Joe because she was away and missed a solid year of her [mother’s] life. She started looking at life differently,” a second source explained to Hollywood Life. “Teresa and Joe have both realized they’re happier and better off not together, and even their daughters agree. But they will always remain a united front for their girls, no matter what.”