Home Real Housewives of New Jersey News RHONJ’s Danielle Staub Says Teresa Giudice ‘Only Cares About Money’ and Slams Her for Ending Friendship, Accuses Melissa and Joe Gorga of Using Her Plus Her Regret About Hair Pull 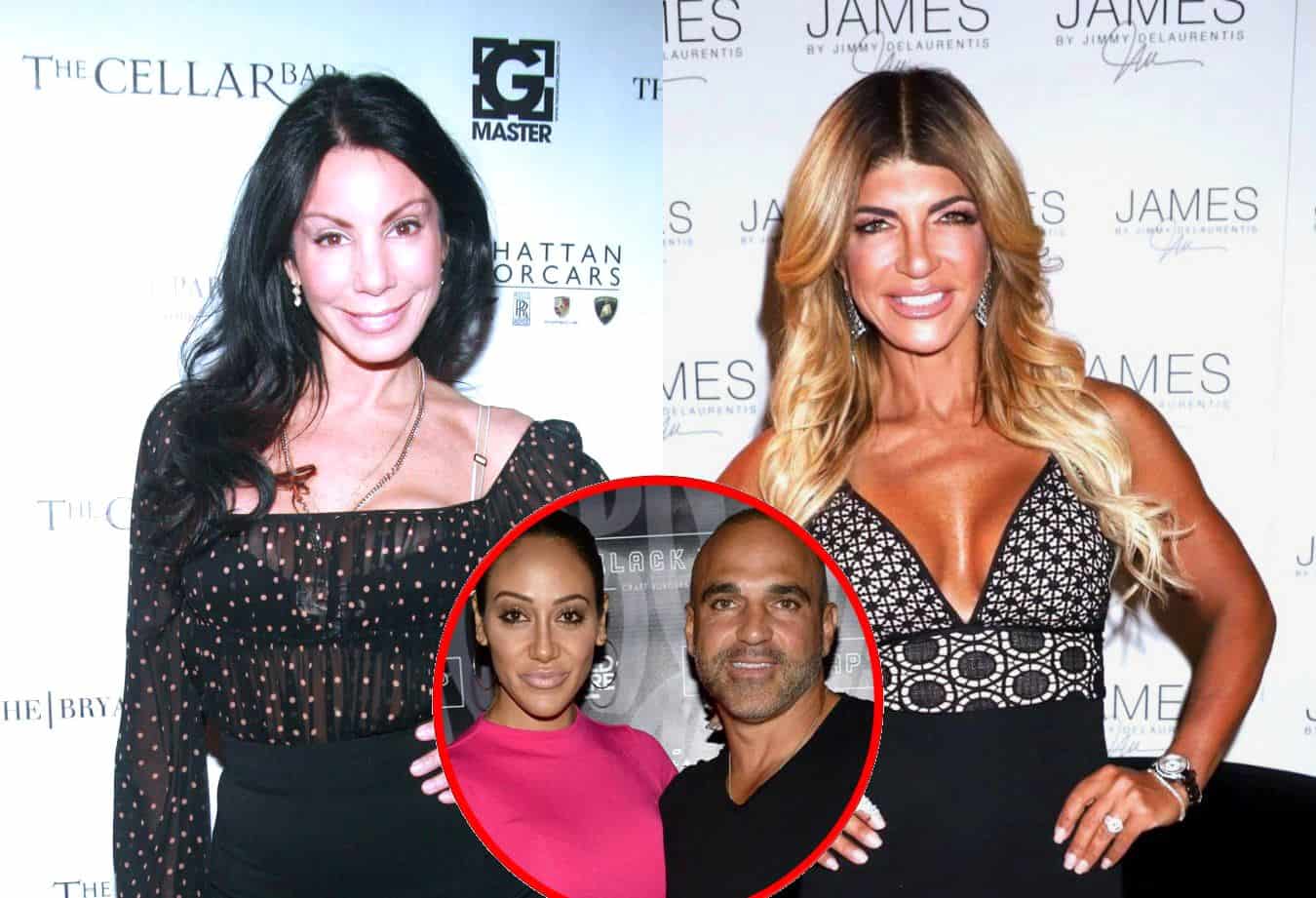 Danielle Staub was shocked when Teresa Giudice chose to end their friendship during the finale episode of The Real Housewives of New Jersey this week and she is now bashing her in her first interview about their feud.

During an episode of the RHONJ: After Show, Danielle opened up about Teresa’s decision to cut ties with her before accusing Melissa Gorga and Joe Gorga of using her and sharing her only regret about the infamous hair pull against Margaret Josephs.

“I was kind of shocked that the reaction was the way it was,” Danielle admitted of Teresa’s shocking phone call. “Listen, I’ve forgiven Teresa for so much, so much worse than that. She called me a prostitution wh*re in front of my children, flipped a table at me.”

“If I wasn’t important enough to her to forgive me, which I shouldn’t have even needed forgiveness,” she shared. “It should have just been an understanding [of her saying], ‘So big deal. Danielle said it, I did it,’ is all she would have had to say.”

According to Danielle, she’s held onto information for people in the past but didn’t want to keep it to herself that Teresa had encouraged her to pull Margaret’s hair. So, when Melissa brought up the issue during a lunch date, she was honest with her about what Teresa had said. Unfortunately, when Teresa discovered what she had done, she told her she no longer wanted to be friends.

Danielle then threw shade at Teresa by saying that Dolores Catania was right about her all along. If you recall, Danielle had previously claimed that Dolores told her Teresa only cares about money and not her friends… a claim Dolores has denied.

“I have to believe that maybe Dolores was right about her from the beginning even though Dolores was really mad at me for repeating what she said,” stated Danielle. “It turns out she was right.”

When it comes to Melissa, Danielle feels she had an “agenda” all along to try to turn Teresa against her. She also accused both Melissa and her husband Joe of using her, seemingly to get on the show.

“She just wanted me to say something that would make Teresa flip a switch and she got what she wanted,” Danielle explained. “The only reason I was there and invited to come there, was to try to push me out of Teresa’s life. Because they need someone to blame.”

She added, “I’m the reason that she’s there and anyone even knows who she is. [She and Joe] used me [and] that’s not going to happen any further.”

Danielle also revealed that her only regret about her encounter with Margaret was having to be told to go after her.