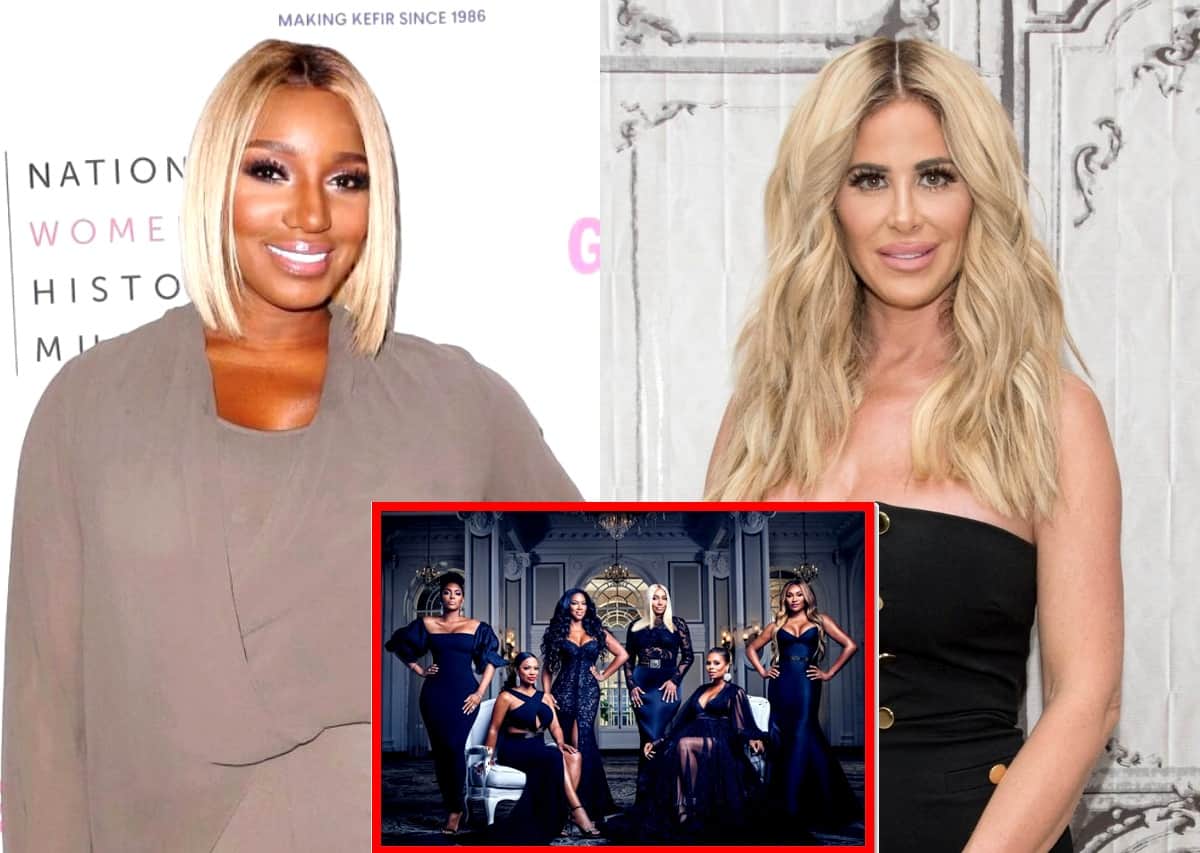 It probably came as a big surprise to many fans that Nene and Kim were able to put their tumultuous past behind them and come together for a new show titled Cocktails After Dark, which debuted on April 3 on Instagram Live. The ladies thought it was important to first clear the air and explain why they have decided to forgive one another after the two were involved in some of the most epic fights in RHOA history. Nene offered her side first.

“As most of you guys know, my husband [Gregg Leakes] was diagnosed with cancer, and for me, I just realized life is too short. Kim’s son [Kash] had an accident and I just felt like we should move on,” Nene shared.

Kim agreed wholeheartedly with her frenemy and reiterated Nene’s statements.

“I agree, between Kash being bit by a dog [and] Gregg being sick, life is too short, and life can just change in an instant and it just wasn’t really worth hanging onto that anger or irritation.”

The two admit that they haven’t actually come face to face since the season 10 reunion, which was three years ago. If you recall, Kim stormed off the reunion stage, after her antics from the season were exposed, and ultimately quit the show, allegedly for good.

Despite their crazy past, Nene and Kim seem to have a lot in common these days, especially when it comes to their opinions on the current Atlanta housewives. Although the “Don’t Be Tardy” star admits that she hasn’t actually seen the current season, she isn’t holding back or afraid to give her take. When Nene asked her who she would remove from the cast or bring back, Kim didn’t exactly mention a particular lady that should be replaced, but she didn’t need to think twice about who she thinks should be brought back.

“I would definitely bring… I feel like me, you,[and] Sheree [Whitfield]. I feel like the OGs are the best. I mean, getting rid of somebody?” Kim wondered gleefully. “I think it’s all just gotten to the point that they live in fantasy land. It’s not all real. They aren’t showing their real side, their real life.”

Nene immediately agreed by comparing the current cast to the OGs, who she believes brought an actual rawness to the show.

“I feel like when we started, we were quite different. We were raw. We were just saying anything, and doing anything. We were having a good time and we told our real stories. I’m not saying that they don’t, but I’m saying they think about it,” she dished.

Kim agreed and shared that she truly believes some of the current cast members “strategically” create the drama they’re involved in.

“I think they think about it, and I think they strategically plan it out,” the mother of six explained. “For us, we were just kind of being who we were. We had no idea where this was going to go. I don’t know if you guys know this, but I wasn’t ever supposed to be on it because it was supposed to be an all African American cast. Then NeNe was like, ‘Hey, I’m filming this show you should come on, you should come on.’”

Can we all admit that it’s really nice to see Kim and Nene getting along and having a fun conversation? They’re super entertaining when they’re together. As for whether or not we’ll ever seen Kim rejoin RHOA… never say “never!”