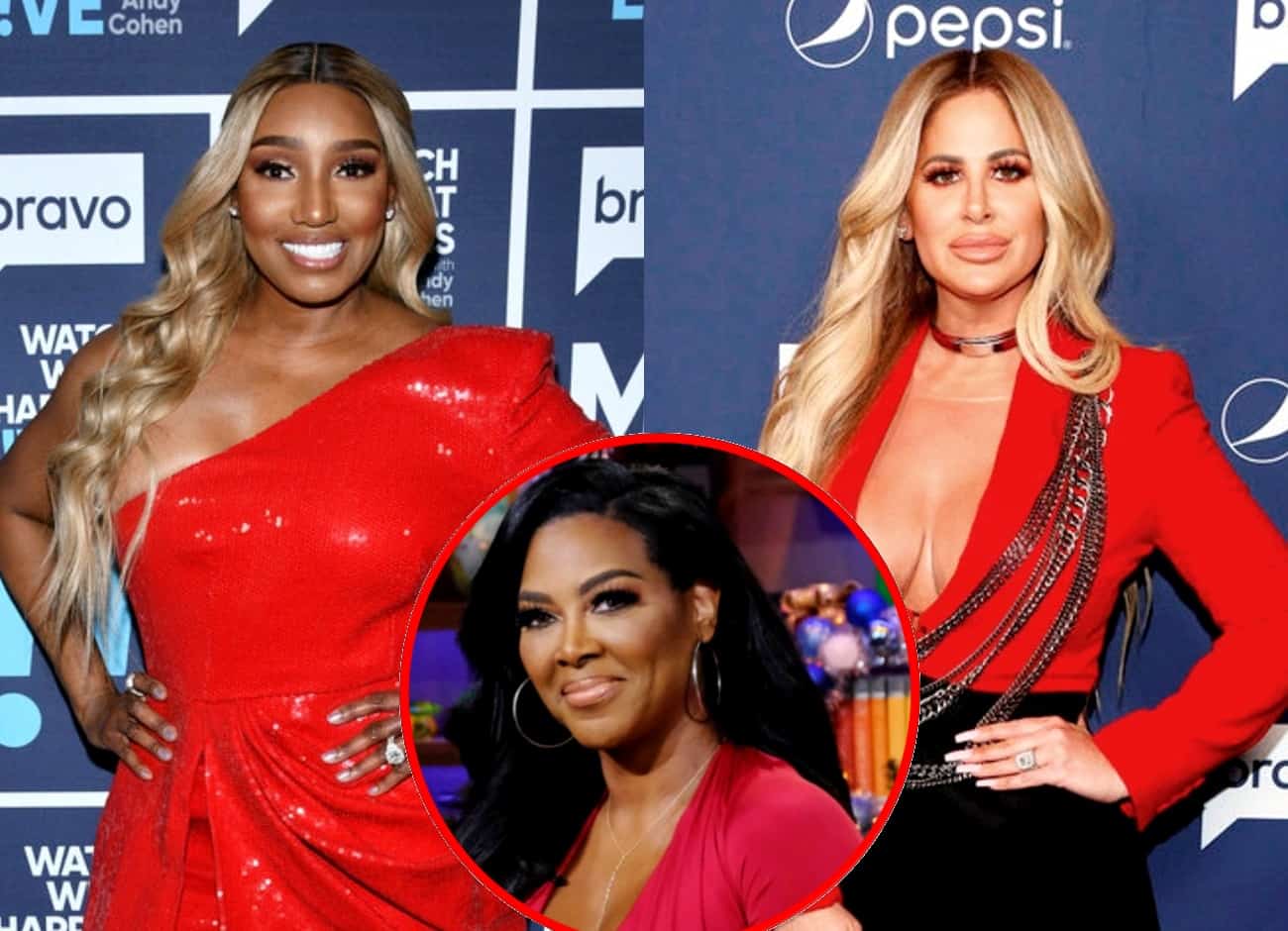 Nene Leakes is offering an update on a couple of her relationships and addressed a comment she made about Kenya Moore‘s pregnancy.

Following the latest episode of The Real Housewives of Atlanta, Nene appeared on Sunday night’s episode of Watch What Happens Live with Andy Cohen, where she spoke about her current relationships with former bestie Kim Zolciak and husband Gregg Leakes before revealing the truth about the “buffalo” comment she allegedly made towards baby Brooklyn.

After a caller asked Nene how she felt about Brielle Biermann‘s recent claim that she and Kim were Bravo’s greatest duo of all time, Nene agreed and revealed that the two of them are in a good place after years of ups and downs.

“We are the greatest and the best duo ever,” Nene confirmed. “I’ve spoken to Kim here and there. We are in a great place.”

As for Nene’s relationship with Gregg, which has also seen its fair share of ups and downs, Nene revealed she and her husband are “in a great place in [their] relationship” before doing a little dance for the camera.

“Gregg and I are doing amazing. I love him. He loves me,” Nene shared.

Nene was then questioned on why she didn’t apologize to Kenya for calling her baby a “buffalo.” However, according to Nene, she wasn’t calling Brooklyn a “buffalo.” Instead, her comment was aimed at Kenya. During last season’s finale episode, a very pregnant Kenya attended  Cynthia Bailey‘s event and Nene said, “She’s going to have a buffalo” regarding Kenya’s baby bump.

Then, when asked if she was sorry for what she said, Nene told Andy she was “not [sorry] for calling [Kenya] a buffalo but if she took it that I was calling her daughter a buffalo then I apologize for that.”

The Real Housewives of Atlanta season 12 airs Sundays at 8/7c on Bravo.