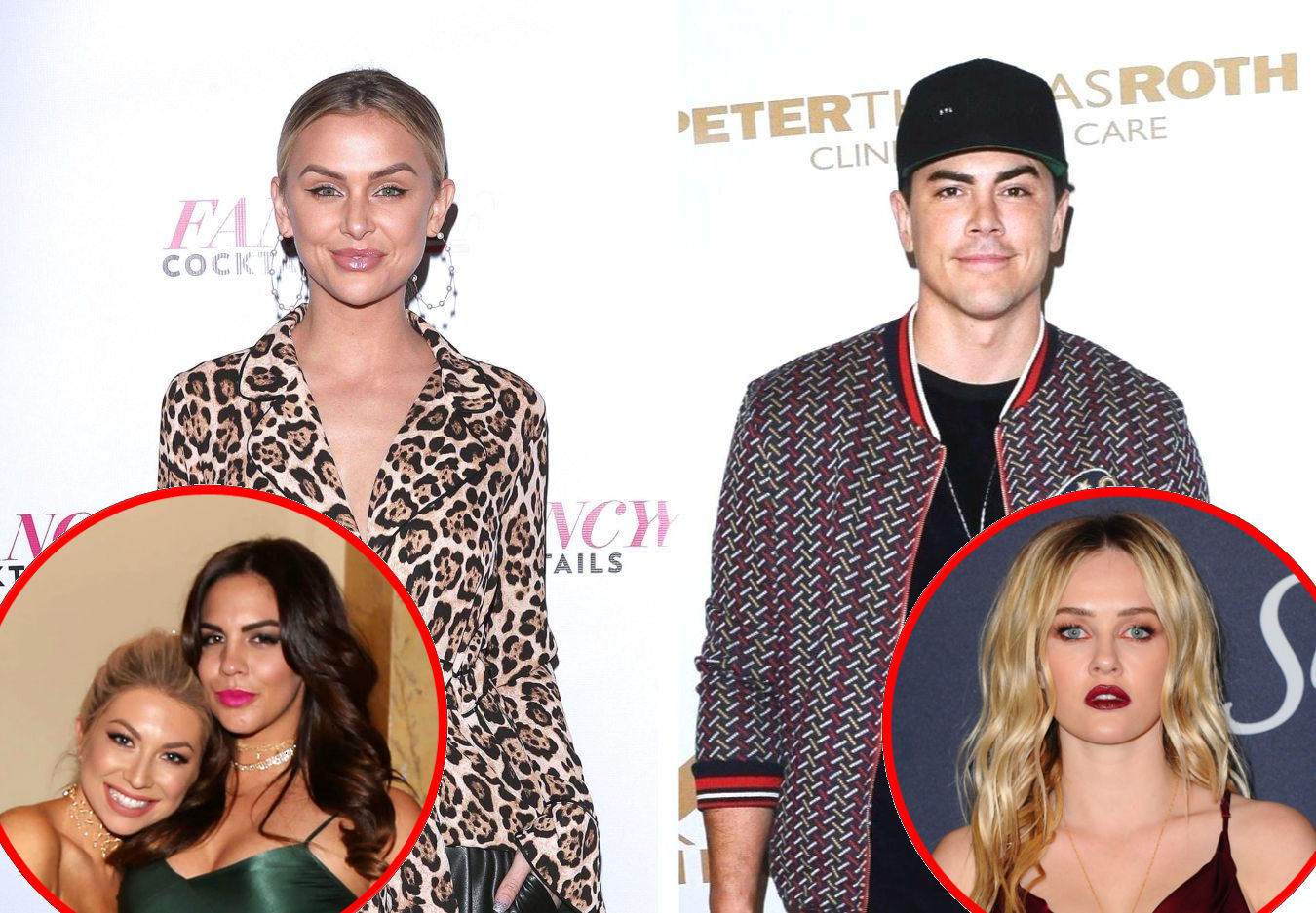 Lala Kent responded to Tom Sandoval‘s claim about her publicist advising her to become friends with Stassi Schroeder and Katie Maloney during Tuesday night’s episode of Watch What Happens Live.

Following the latest episode of Vanderpump Rules, Lala appeared on Andy Cohen‘s show alongside fiancé Randall Emmett, who spoke about his ex-wife, Ambyr Childers, after Lala discussed Sandoval’s claims. Lala also opened up about being seated near Meryl Streep at this year’s SAG Awards.

“I don’t even have a publicist,” Lala revealed on the After Show after Andy questioned her about Sandoval’s claims, which he made during last week’s episode of Scheana Marie‘s podcast.

“[Lala’s] publicist said that was definitely a move she was making,” Sandoval claimed on Scheananigans. “Two or three years ago, she decided it was a good decision for her on the show to be friends with Katie and Stassi.”

While Sandoval also said he wasn’t trying to take away from the friendships Lala has with Stassi and Katie now, Lala insisted his claims were not true, claiming she’s way too stingy to hire someone to tell her what to do.

“No one is taking a monthly fee from me to tell me what to do. I’m as cheap as they come. That’s not happening,” she explained.

As for Randall’s comments about Ambyr, he was asked what she thinks about Lala’s “bad b***h” persona on Pump Rules.

“I don’t know if she watches Vanderpump Rules but all I can say is with the peace in the world that we’re looking for, they have peace now and I’m going to leave it at that,” he shared. “They’re friends now. So, I don’t know what she thinks.”

Lala then weighed in, saying that while she and Ambyr are on good terms, they don’t discuss the happenings of the show.

“We talk about the kids and that is the [extent] of where everything goes. I have no idea if she watches or doesn’t,” she said.

Lala also admitted that when she and Randall attended the SAG Awards earlier this year, she was completely ‘fangirl-ing’ over Meryl. According to Lala, her fiancé attempted to get a photo with Meryl but was turned down in a round-about way.