Scheana Shay’s Mom is “Annoyed” With Vanderpump Rules After Some of Scheana’s Biggest Moments Are Left Off the Show, Plus Scheana Throws Her Own Shade 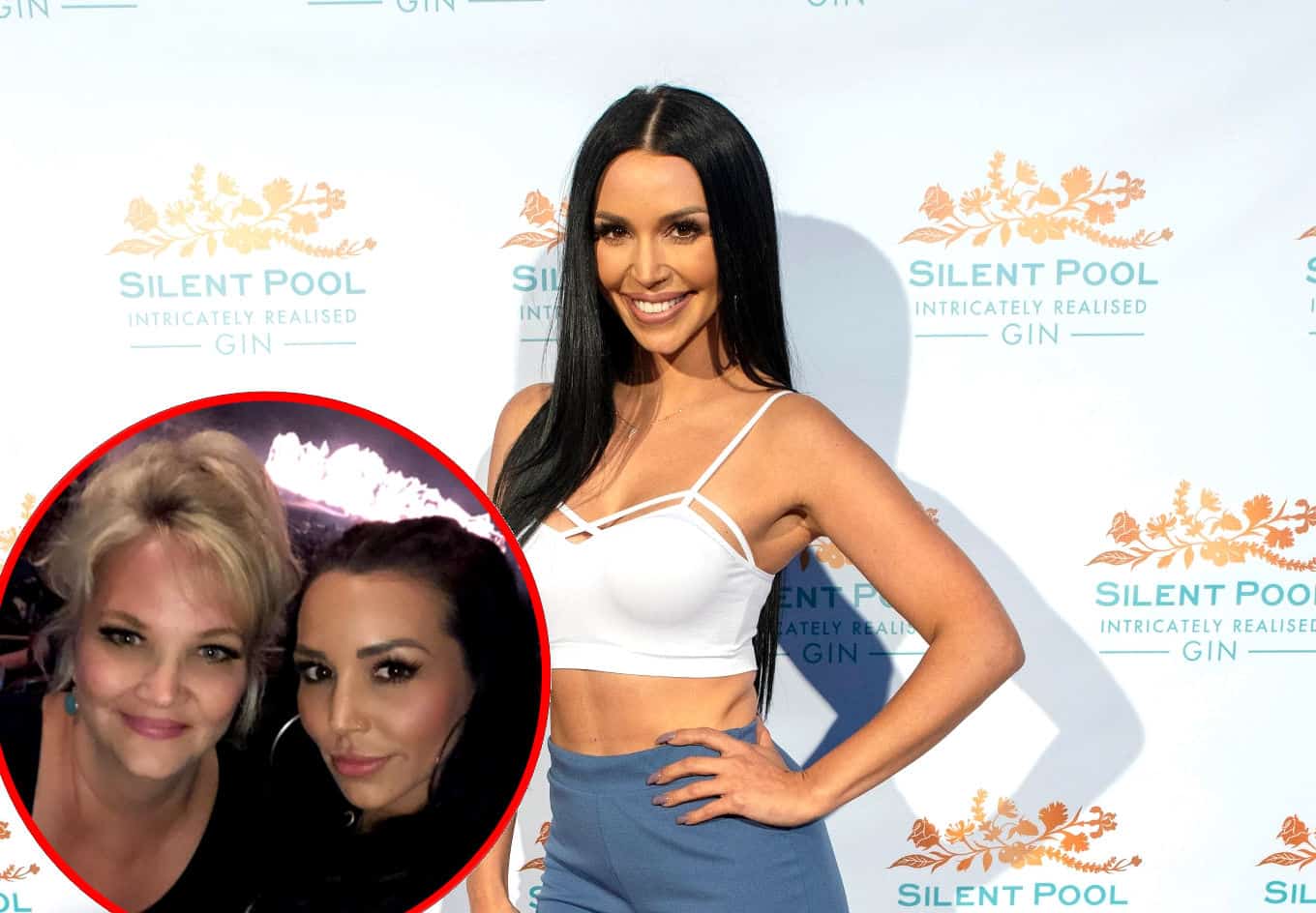 Scheana Shay‘s mom, Erika van Olphen, went on a rant on Twitter on Wednesday about the way in which some of her daughter’s biggest life moments have been left off of Vanderpump Rules.

Following the latest episode of the show, which featured Scheana having a negative reaction to the potential romance brewing between Dayna Kathan and Brett Caprioni, Erika took to her Twitter page to remind her followers that Scheana has done a lot more, both professionally and personally, than what has been seen on Pump Rules as Scheana reacted to the post with her own tweet.

“Mom rant,” Erika wrote on Twitter on April 15. “It’s so annoying to me as a mom that some of the biggest things that my daughter Scheana’s done (professionally & personally) aren’t shown on VPR. She headlined a show in Vegas for 6 months! VPR never showed it! She was the 2nd cast member to purchase a home! VPR didn’t show it!”

In May of last year, after Ariana Madix and Tom Sandoval put down roots in Valley Village, Scheana purchased a $725,000 vacation home in Palm Springs.

“She’s gone thru months of prep and 2 rounds of freezing her eggs! VPR didn’t show. So for y’all who keep talking crap about her ‘life’ try and remember that you only see the tiniest EDITED fraction of her ‘life,’” Erika added. 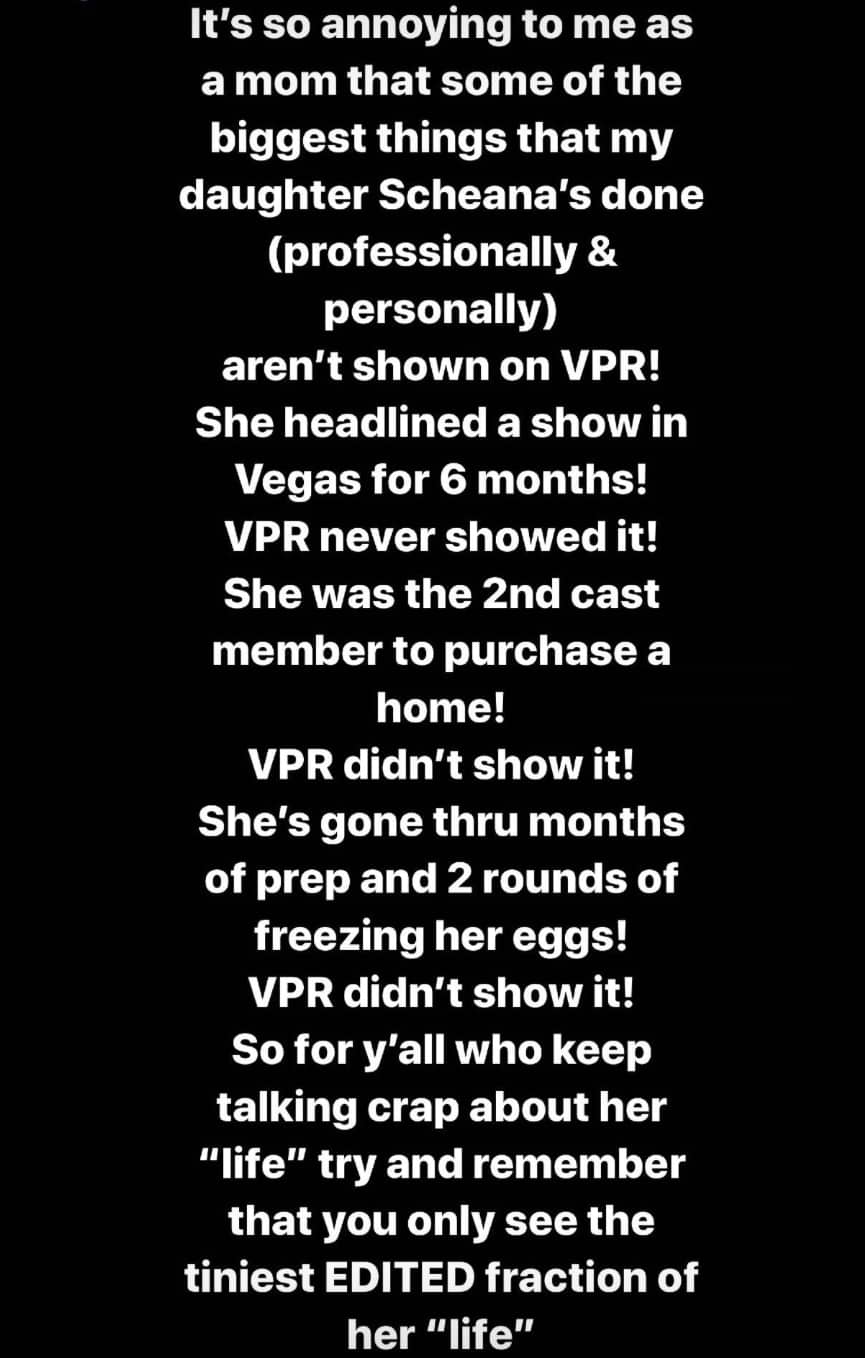 After Erika shared her post, one Twitter user suggested that Pump Rules producers didn’t show the moments of Scheana’s life Erika mentioned because they took place during a time when the show wasn’t in production.

“How could they show her show when it took place when they weren’t filming? Her home is a vacation home, not in LA, where the majority of filming takes place.I’d be peeved if I was [Scheana] too but there does seem to be some legit reasons why those 2 things weren’t shown,” the person suggested.

In response, Scheana said that there have been plenty of moments, both in her life and the lives of her castmates, that have been filmed in the off-season.

“Other things that have happened in the off season, like my divorce and certain people’s book signings have been filmed,” she replied. “Production came to vegas to see my show but there wasn’t even a cell phone video or MENTION of vegas the following season. Like it never happened….” 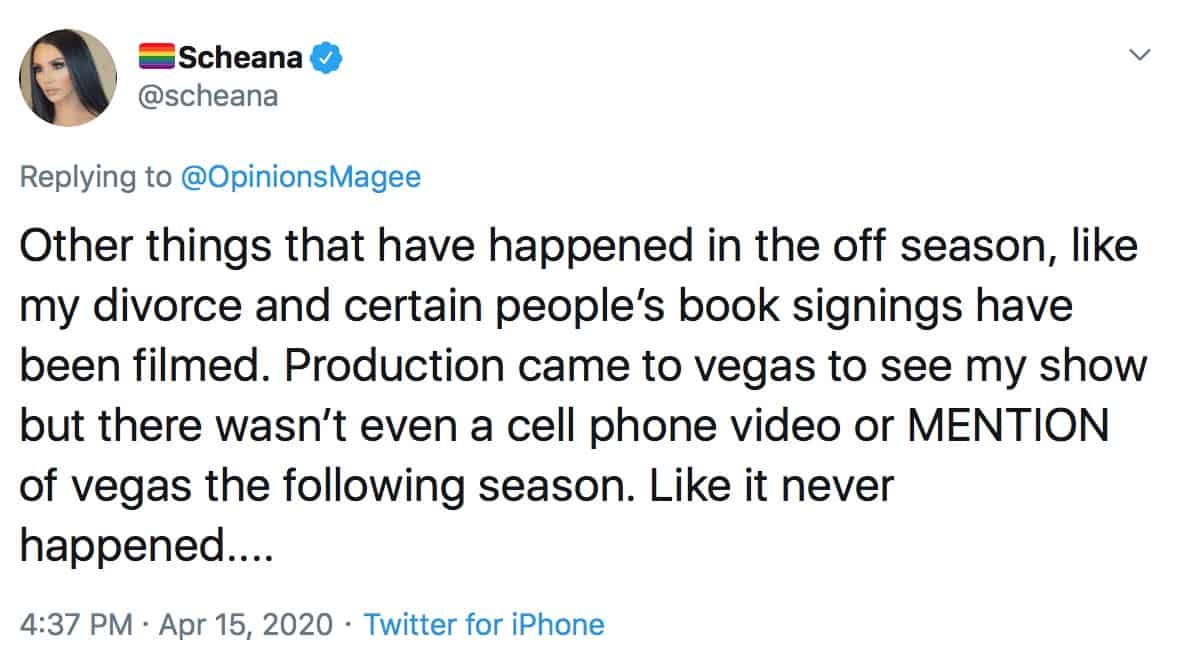 Scheana also addressed her issues with production during an appearance on the Pump Rules: After Show earlier this month.

“I’ve been on this show since day one, scene one and you don’t see a lot of sh*t outside of SUR or who I’m dating,” Scheana said at the time. “It’s, like, the only thing that changes is the guy I’m interested in and the style of the SUR dress. That’s just my whole existence in this world and it’s frustrating.”