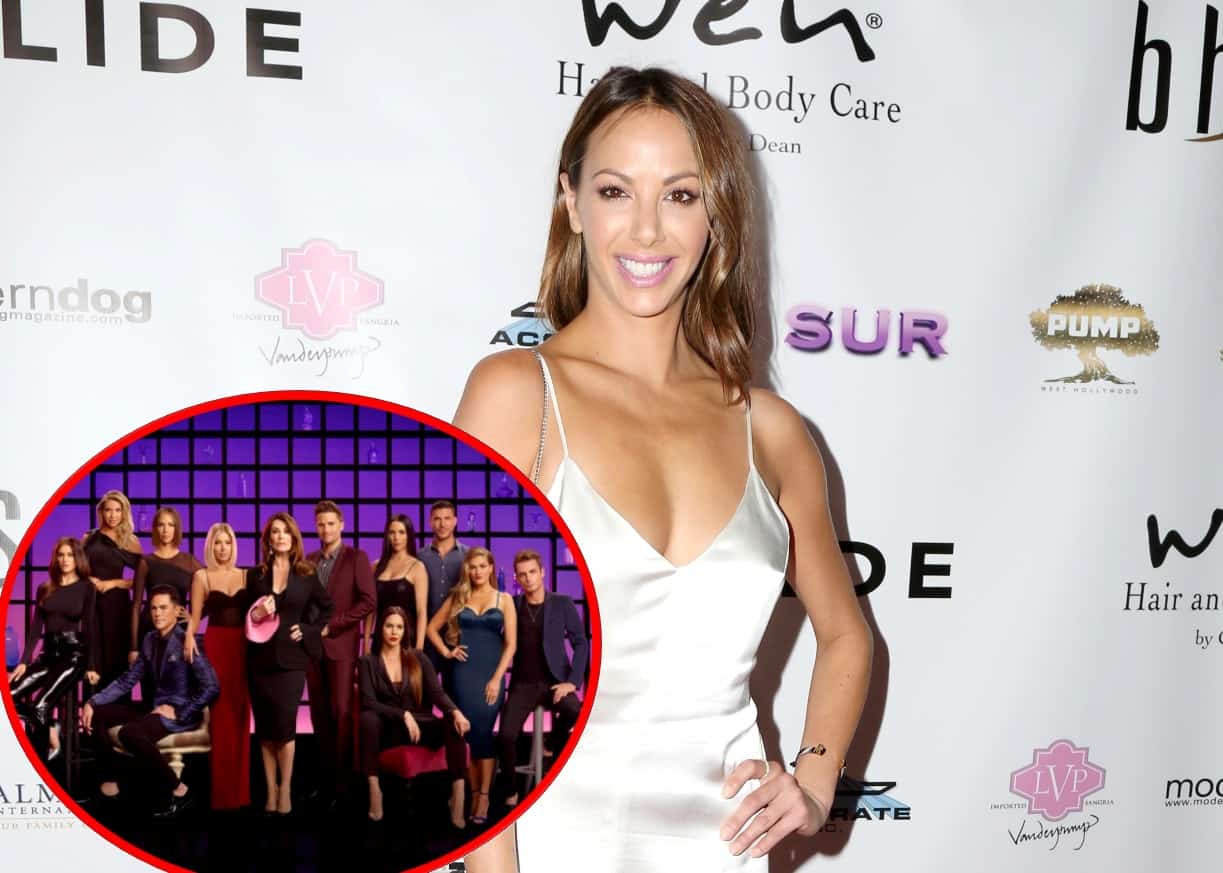 Kristen Doute is opening up about the recent changes made to the Vanderpump Rules cast.

After five new full-time members were added to the show for season eight, Kristen addressed a potential “phase out” by Bravo before dishing on her current friendships with her co-stars, reacting to the portrayal of her drama with Stassi Schroeder and Katie Maloney, and teasing an upcoming “blowout” with Jax Taylor.

“My only beef with the new cast, the way I’m watching it on the show, [is] I don’t know if they were integrated very well,” Kristen admitted to Meaww.

According to Kristen, she loves both Dayna Kathan and Max Boyens, and she found Brett Caprioni to be “cool.” However, when it comes to Brett’s behavior on Pump Rules, she doesn’t love what she’s seeing. The same also goes for Charli Burnett.

“I think Charli is mini [Scheana Marie]. I feel like she watched seven seasons of Vanderpump Rules and said, ‘What does Scheana do? I’m going to do that, too.’ And [Danica Dow], I don’t know. I could do without some people,” Kristen admitted.

Although a lot of people were brought to the series for season eight, Kristen doesn’t believe Bravo is trying to phase her, and the other OGs of the show, out.

“I don’t think phasing any of us out would really work. I think we’ve proven that it is our real chemistry and our real friendships and the real connection we’ve all had with each other and with Lisa, and the loyalty we have to Lisa and her establishments, [that] is essentially what [makes] the show so great,” she explained.

“Obviously, they want to continue to center it around Lisa’s establishments because that’s why we have a show to begin with. So I completely understanding involving people that work for her. But it is weird for me. I feel like I’m watching two shows simultaneously,” Kristen continued. “Hopefully, as time goes on, it [will become] a little more seamless.”

Throughout the first half of the season, Kristen has been at odds with Stassi and Katie with no end to their feud in sight. Looking back, Kristen admitted that the storyline has been portrayed “fairly.”

“If it comes out of our mouth, that’s what happened,” she revealed. “For me, we weren’t great.”

According to Kristen, she appreciated Stassi and Katie supporting her through season seven but she doesn’t understand why things changed during season eight.

“I can only imagine how difficult that was. But I personally feel like I’ve been through that with both of them, specifically with Stassi when [she] went through all the [Patrick Meagher] stuff,” Kristen explained. “It’s not really that different. Maybe I just handle it better than they do. But there’s a lot more to come in regards to that and our wine line.”

Kristen then confirmed that she didn’t lie about the nature of her relationship with Carter during season eight, saying Stassi and Katie “just didn’t like my answers.”

Moving on to her current friendships with her co-stars, Kristen revealed Brittany Cartwright is her closest friend on the Pump Rules cast.

“Actually, since being in quarantine, Brittany and Jax are the only ones that I have seen. I talk to Scheana a lot. I talk to [Ariana Madix]. I talk to Dayna. I talk to most of the girls. [Lala Kent] is touch and go,” Kristen revealed, adding that she did get an invite to Lala and Randall Emmett‘s wedding.

Also during the interview, Kristen mentioned an upcoming feud she has with Jax.

“Jax and I have kind of a blowout more toward the end of the season,” she teased.