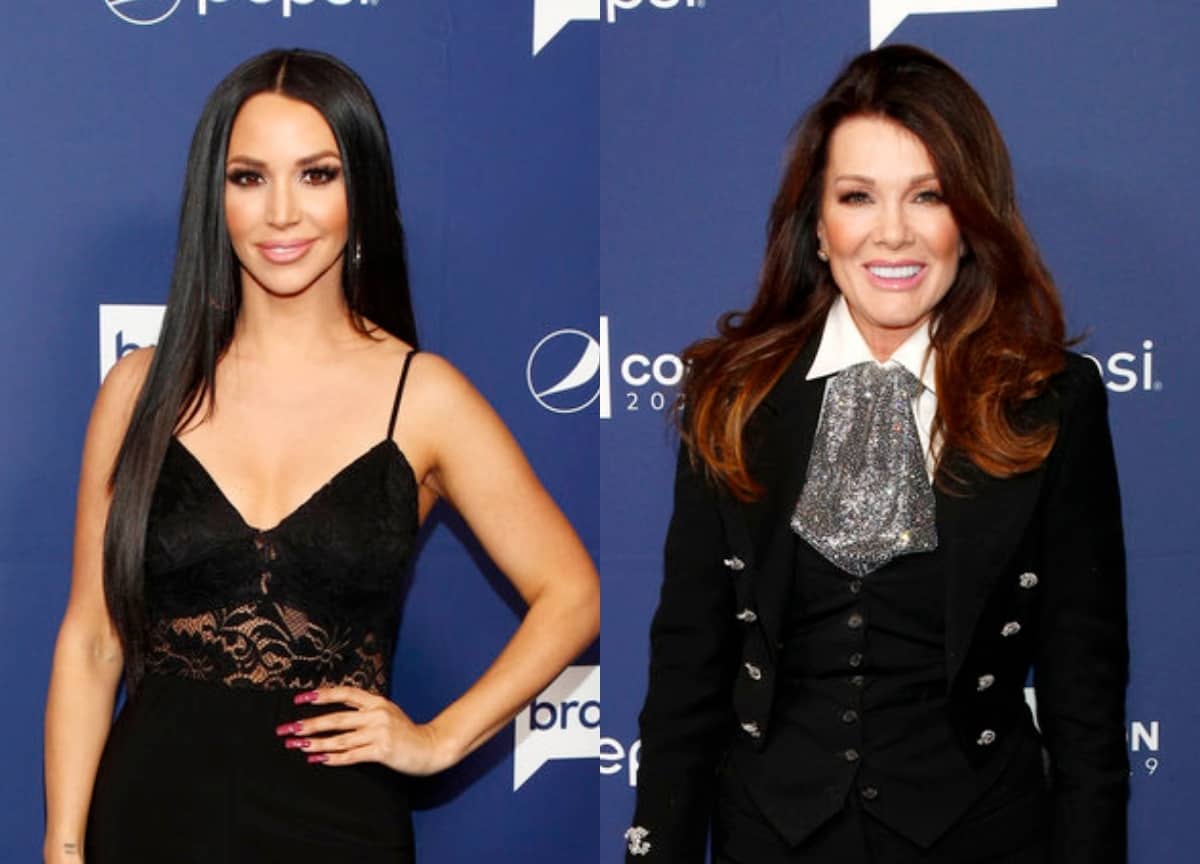 Scheana Shay doesn’t like the way Lisa Vanderpump has been speaking to her on recent episodes of Vanderpump Rules.

After Lisa was seen refusing to believe that Scheana wasn’t interested in a relationship during Tuesday’s show before questioning her about former flames Max Boyens and Brett Caprioni, Scheana appeared on the Pump Rules: After Show. There, she spoke of her frustrations with Lisa and explained why her behavior has been “insulting as f**k” as Lisa labeled her as “desperate” and “inauthentic” in her own After Show segment.

“The thing about Lisa is she doesn’t listen to me when I talk. She talks at me and she tells me how I feel. It’s frustrating because she doesn’t listen and when she does listen, she assumes I’m lying,” Scheana admitted. “I know that [she] maybe thinks in the past that I’ve downplayed something or talked it up too much but right now, here in 2019, [I’m] at my lowest of lows ever on this show [and] I’m being so f**king honest with [her].”

According to Scheana, 34, she’s making herself happy for the first time in a very long time and wishes Lisa would listen to what she’s saying and stop thinking she knows what she wants.

“The fact that [she’s] not acknowledging that what I’m saying is my truth is insulting as f**k. It’s really upsetting,” Scheana shared.

In her own portion of the Pump Rules: After Show, Lisa told producers that Scheana is “desperate to be loved.”

Lisa went on to say that Scheana is very strategic when it comes to what she shows on Pump Rules.

“I think sometimes we don’t know what is actually going on with Scheana. We know what she wants to tell us,” Lisa alleged. “It’s what she wants to happen instead of what’s really happening. I wouldn’t say it’s inauthentic because that’s who she is in real life. But is it inauthentic in terms of her being honest with herself? That’s where the inauthenticity [is].”

While seated beside Lisa during her After Show interview, Jax Taylor offered his opinion on Scheana and her “lousy” love life, explaining that she would likely have more luck in love if she didn’t “give away the farm on the first date.”