Vanderpump Rules’ Jax Taylor Doesn’t Get Why Everyone “Bows Down” to Lisa Vanderpump and Claims She Misses RHOBH, Plus He Doesn’t Believe Scheana’s Relationship Will Last and Feels Betrayed by Kristen 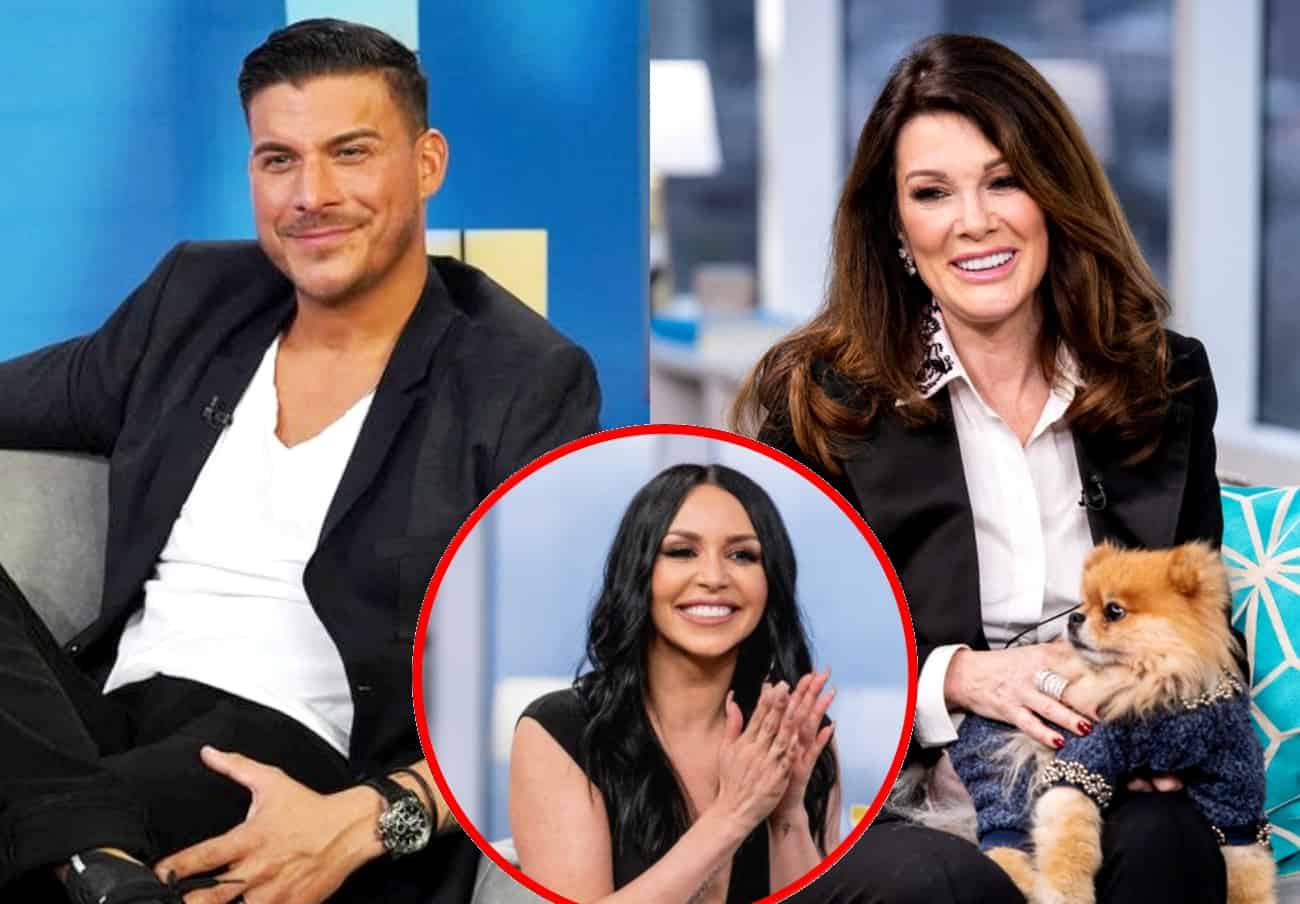 Jax Taylor doesn’t think Lisa Vanderpump is any different than the average person.

During an interview days ago, the Vanderpump Rules cast member explained why he refuses to bow down to the ex-Real Housewives of Beverly Hills star. Then, he opened up about the futures of the relationships of his co-stars, including Scheana Marie‘s new romance with Brock Davies and James Kennedy‘s years-long relationship with Raquel Leviss.

“Lisa and I have kind of a crazy relationship,” he revealed on The Daily Dish podcast. “She’s our mother. Everybody bows down to her like it’s the President walking in. I don’t put up with that. You’re a restaurant owner. You have a beautiful house. You’re no different than anybody else in my eyes.”

While Jax said he loves Lisa to death, he doesn’t get why everyone feels the need to “bow down on hands [and knees].” Instead, he looks at her as one of his peers and said she frequently opens up to him about the drama she’s faced during her time on RHOBH.

“Do I think she misses RHOBH? Yeah, of course. She loves talking about it,” he explained.

As for the showmances of Pump Rules, Jax admitted that he’s not convinced that Scheana and her new boyfriend will last after suspecting it’s been “nerve-wracking” for Scheana to be single on the show while other stars have found love.

“[Scheana is] getting up there in age. She’s done the freezing of the eggs,” Jax said. “As a woman, when you are getting older and you see all your friends getting married… I think deep down inside, if she could be married tomorrow [but it would mean she’d have to leave Vanderpump Rules], I think she’d say, ‘Yeah.'”

Since the end of last year, Scheana has been in a committed relationship with Brock, who she went public with in November. However, despite all the fun they’ve been having (and sharing on Instagram), Jax doesn’t think Brock is the guy for his co-star.

“I love her. I want the best for her. I want her to be in a relationship that’s going to last. I don’t think it’s right now. I love Brock. I think Brock is a great guy… [But] I don’t see it lasting forever,” he shared.

Jax also isn’t convinced that James and Raquel will last, although he applauded the now-sober DJ for the man he’s become over the past several months since giving up booze.

“Do I see that relationship lasting forever? Absolutely not. I think it’s good for now. I think she’s along for the ride. I’m sure she loves James but [that] was a lot of hell to go through,” Jax explained.

“I’m really happy for [James]. He’s focused on his career. I don’t know if Raquel had anything to do with it. She may have given him an ultimatum,” he added.

Jax then addressed Kristen Doute‘s relationship status, saying she “needs to be single” after her September 2019 split from Brian Carter before admitting that he and his co-stars felt betrayed by Kristen’s lies about her relationship with Carter during season eight.