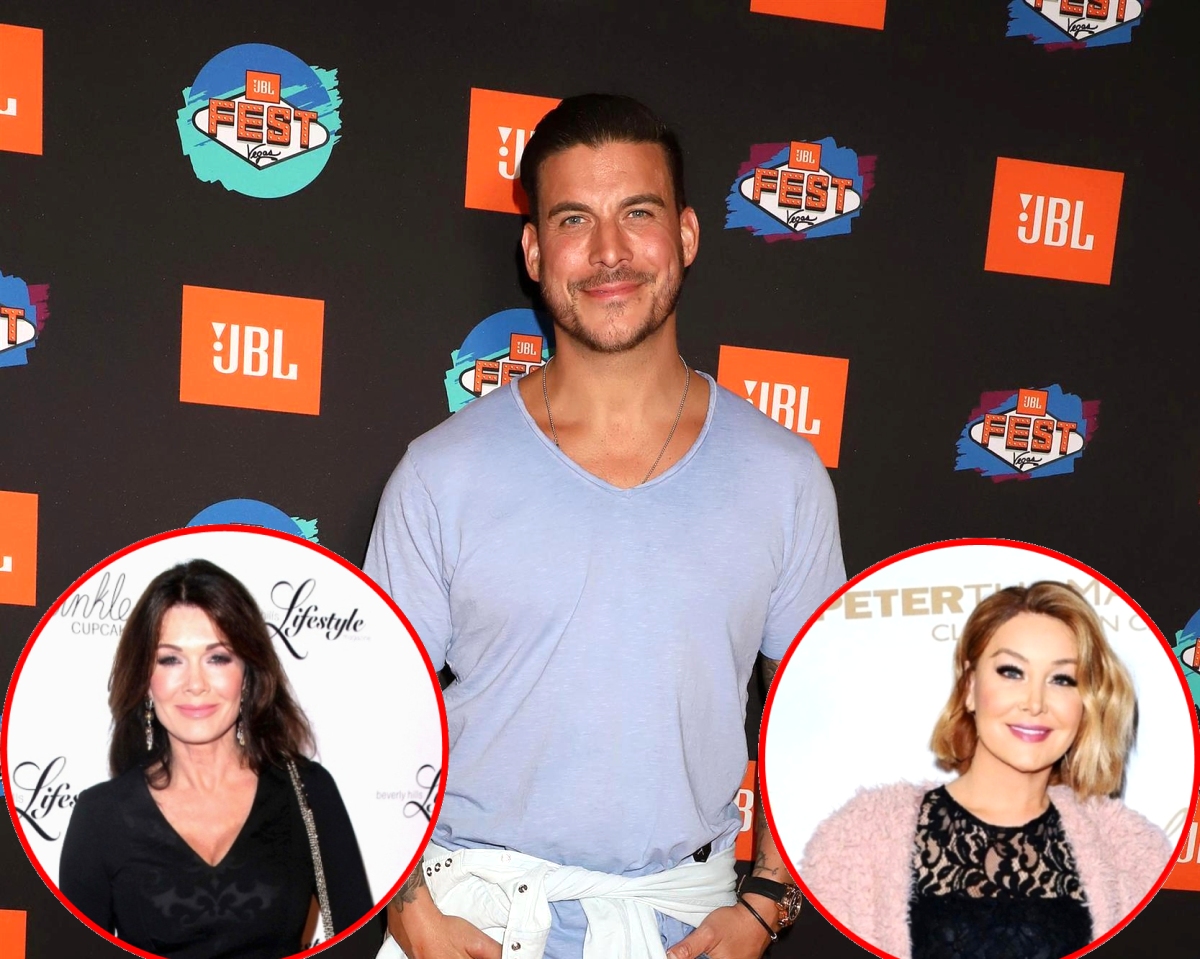 Jax Taylor opened up about the early moments of Vanderpump Rules during a recent appearance on Heather McDonald‘s podcast on Thursday, October 24.

While chatting with the comedian and actress, Jax revealed how the show began before dishing on his season one salary, Lisa Vanderpump‘s exit from The Real Housewives of Beverly Hills, and his issues with former cast member Billie Lee.

“I was working at SUR for about a month and a half before I even knew about this show,” Jax admitted on Juicy Scoop.

After landing a job at the restaurant, Jax’s former girlfriend, Stassi Schroeder, was approached by Lisa.

“Lisa came up to Stassi and said, ‘Listen, I have this idea for a show. What do you think?’” Jax shared.

At the time, Jax had no money in his bank account and was facing $30,000 in credit debt. Then, after signing on to appear on the Bravo TV reality series, Jax was given around $15,000 for filming the entire first season, plus bonuses.

“It was $15,000 to do the whole season,” Jax said. “They were giving us a lot. There was incentives and right off the bat I was getting promotions and deals and things like that.”

Because Lisa had gained such notoriety on RHOBH, Pump Rules was a quick success and now, after leaving her full-time role on RHOBH in June, it is her sole focus when it comes to television.

“I think it’s a good idea,” Jax said of Lisa’s exit from RHOBH. “She went through a lot last year, losing her mother, losing her brother, and the women giving her a hard time.”

While Jax and Lisa have had their fair share of drama with one another in the years since Jax began working at SUR, he now says they have a “mother-son relationship.”

“It’s great,” he said. “Everyone else is extremely afraid of her but I’ll give it right back to her.”

In addition to going toe-to-toe with one another, Jax said Lisa comes to him often for “my opinion” and asked “what I suggest she should do” after the “entire cast” of RHOBH came for her during season nine.

Turning his attention to his and Brittany Cartwright‘s June wedding, he revealed that he invited the “majority” of the Pump Rules cast but didn’t allow James Kennedy and Raquel Leviss to attend “for obvious reasons” and also left Billie off the guest list.

“I don’t even talk to [Billie]. She went off the deep end,” Jax explained.

During the seventh season of Pump Rules, Billie accused the ladies of the show of leaving her out of cast events because she was transgender and “liked” a tweet labeling Katie Maloney as “transphobic,” which is completely false.

“I think she really didn’t know how to handle the show very well and I think the things she was saying about the cast was completely untrue,” Jax said. “Things like that are extremely sensitive, especially in the time we are in right now. So, accusing people of saying things like that, especially saying things about us that were so untrue, like we were against the LGBTQ community, is not okay. And we didn’t want to have something like that around.”

“If you watch our show, I think we are huge advocates,” Jax continued.

As for his issues with Billie, who slammed him for being “verbally abusive” and making “alarming” comments off-camera, Jax accused Billie of going after him with “below-the-belt type of stuff.”

“I’m all about a good argument, a good fight, but if you have to go below-the-belt to get your point across, I think you’re not smart enough. You don’t have enough wit to just fight without using things like that,” Jax explained.

“I wish her the best, I just don’t think she handled that well,” he added. Below is a video of Jax’s interview.