Is James Kennedy Invited to Jax Taylor’s Wedding? Plus James Reveals Why He Deserves to Be on Vanderpump Rules as Raquel Reacts to Cast Calling Her ‘Dumb’

by Lindsay Cronin May 24, 2019 20 comments
ShareTweetWhatsappPinterestRedditTumblrMailFlipboard 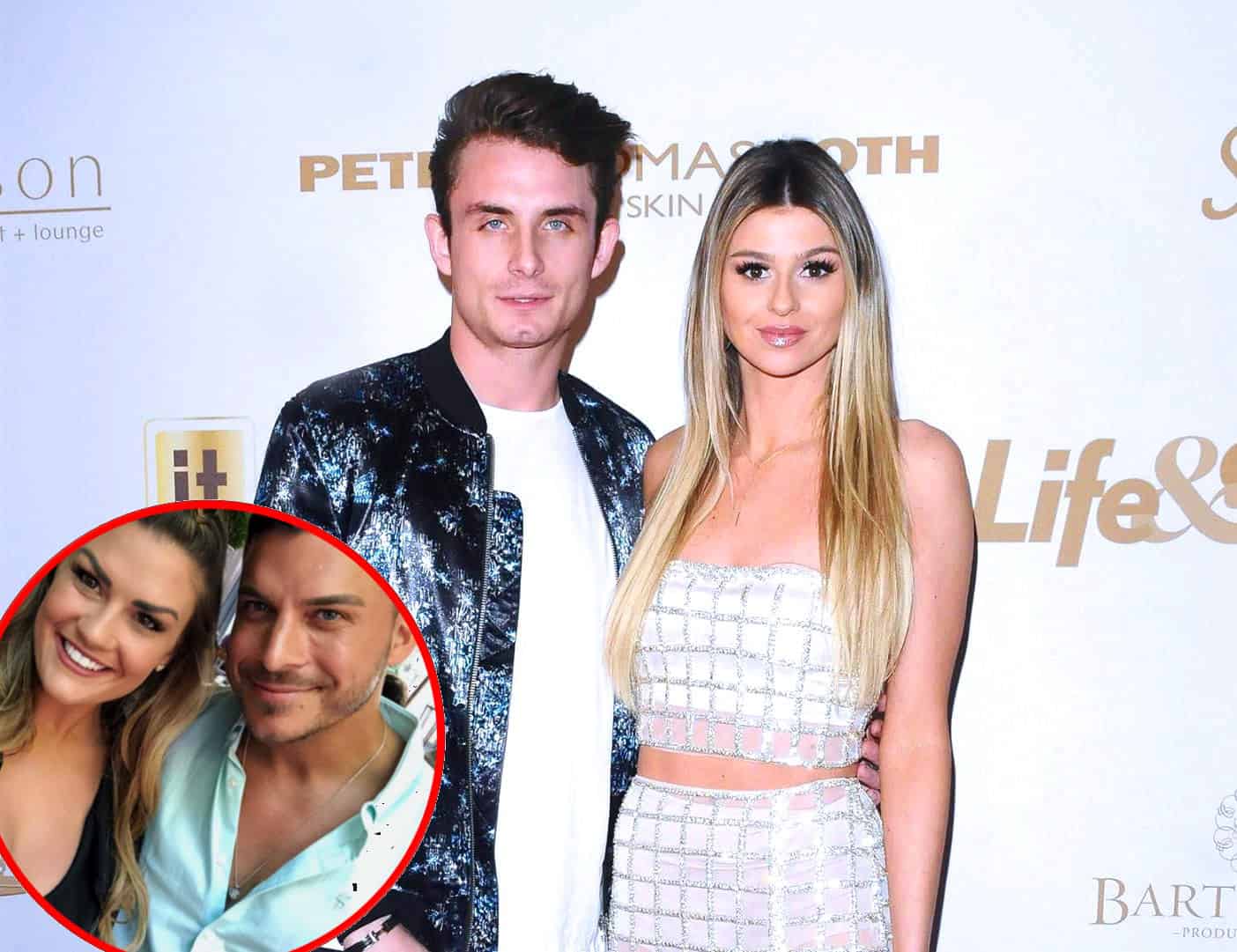 James Kennedy is fresh off the seventh season of Vanderpump Rules and during a new interview, he suggested he was quite happy with how the three-part reunion special played out, as a separate report teases that James might actually be attending Jax Taylor‘s upcoming wedding to Brittany Cartwright.

During a new interview, James and Raquel Leviss had curious answers when asked if they would be present at when Jax ties the knot in June.

James, 27, has a good reason for playing it coy as Vanderpump Rules season 8 has just began filming.

And in a separate interview, James admitted he was an “easy target” for the Pump Rules cast, mainly Jax, Brittany, and Kristen Doute, while also making it clear that he isn’t going to be pushed off of the show, especially now that his girlfriend, Raquel, has nabbed a waitressing gig at SUR Restaurant.

“Vanderpump Rules is obviously a show with everyone’s relationships and friendships, and I feel like it’s easy to gang up on somebody when, you know, there’s a certain clique, do you know what I mean?” James asked Entertainment Tonight during an appearance at the 4th Annual World Dog Day in West Hollywood, California. “And if I’m not part of that clique, then, you know, I’m sure they’d rather spend [the reunion], you know, posted on one person rather than talking amongst the 10 of themselves. It’s easier, it’s easier. Let’s just cross one bridge and not cross 10.”

While James admitted that he isn’t part of the main “clique” of Vanderpump Rules, he said he is quite close to a number of the series stars, including his on-again, off-again boss, Lisa Vanderpump.

“Look, Tom [Sandoval]’s one of my best friends,” James explained. “Scheana’s one of my best friends, OK? Ariana’s my friend. I’ve still got friends in this gang. That’s nearly 40 percent, nearly 50 percent of the cast. So, let’s not beat around the bush here. And also, Lisa [Vanderpump]’s been my boss slash, you know, amazing person in my life for so many years now. I’m also Max Vanderpump’s best friend. I mean, it goes further than this show, it’s my life.”

“I’m sick of them telling me I don’t deserve a seat when I’m James Kennedy,” he added.

Although Raquel hasn’t had a full-time role on the show during recent seasons, she could be upgraded soon now that she’s working as a waitress at SUR Restaurant, where her boyfriend has been known to DJ. That said, she’s still not happy with her co-stars when it comes to their ongoing comments about her intelligence.

“You know, when people come after my intelligence, it really just shows me that they’re insecure with something that they’re going through,” Raquel said. “I know that I’m intelligent and, you know, having someone tell you that you’re not smart or that you’re dumb as rocks, is just so beyond inappropriate. It really boils me up.”