Home Vanderpump Rules Vanderpump Rules Star Katie Maloney Shades Kristen Doute’s Claims She Was the Only One Putting in Work for Their Wine Line, See How Kristen Clapped Back at Katie on Twitter!

Vanderpump Rules Star Katie Maloney Shades Kristen Doute’s Claims She Was the Only One Putting in Work for Their Wine Line, See How Kristen Clapped Back at Katie on Twitter! 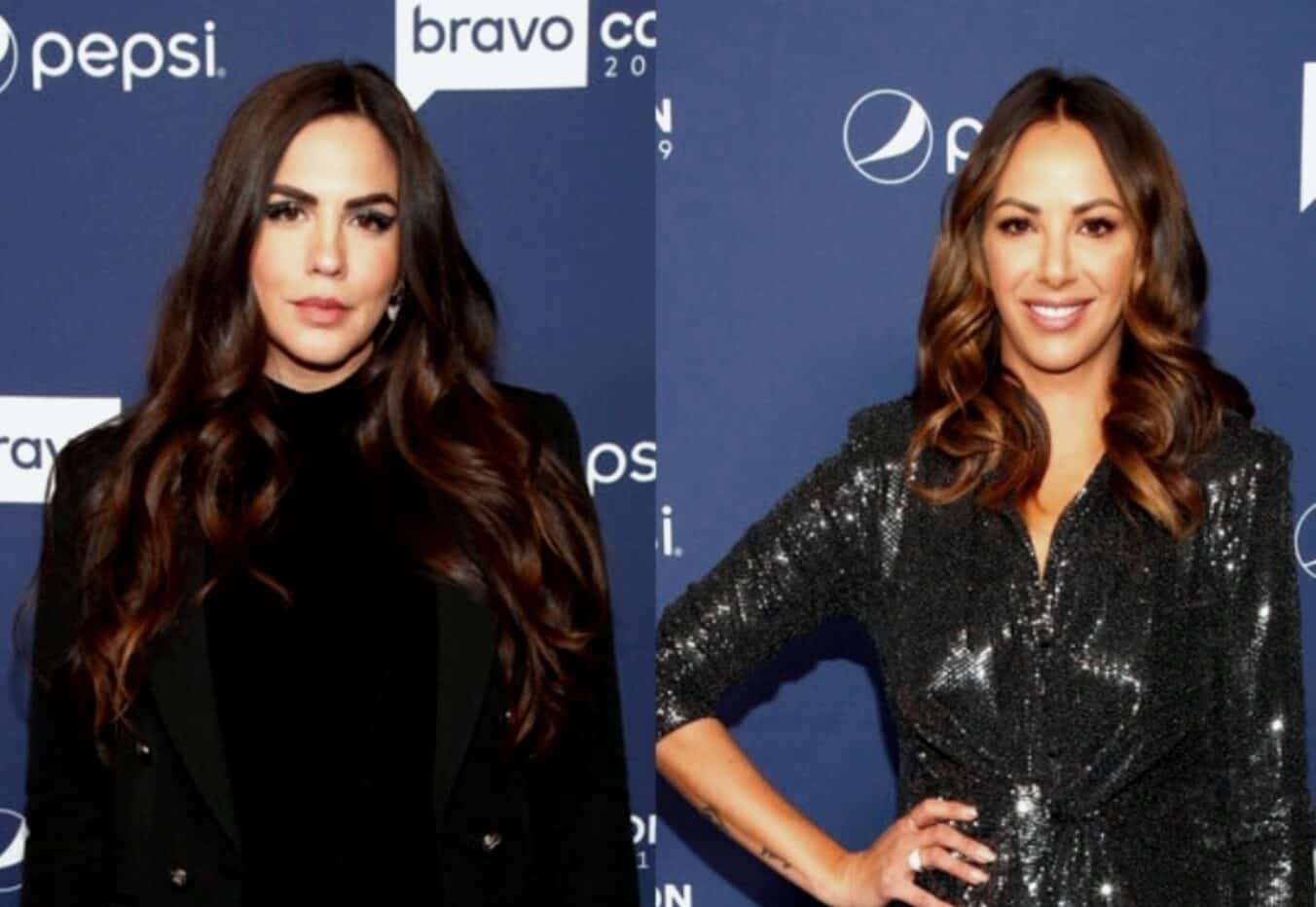 Things were a little tense between Kristen Doute, Katie Maloney, and Stassi Schroeder on the latest episode of Vanderpump Rules, and the tension continued on Twitter.

Celebrating their Witches of WeHo wine, the three ladies held a promotional event, and feelings escalated when Stassi’s now-fiancé, Beau Clark, tried to talk to Stassi about him wanting to keep his friendship with Kristen despite their ongoing feud. Stassi was triggered, broke down, and ultimately left.

Considering the endless drama that’s been going on between Kristen and the two women on (and off) the show, holding an event together was bound to bring up some negative emotions. It also brought up some resentment for Kristen, as she implied in her interviews that she was the only one who did the heavy lifting for promoting the wine. She also chastised Katie and Stassi for not caring about a brand they all “built from the ground up.”

Katie seemingly wasn’t very pleased that Kristen intimated she and Stassi didn’t help with the wine’s development. She took to Twitter to throw some shade at Kristen and explain how much labor really went into the project.

“We didn’t build it from the ground up,” Katie clarified to a fan pointing out Kristen’s claim in the episode. “We were approach [sic] by nocking point to collaborate on a wine.”

In another tweet, Katie explained the collaboration even further by noting that the only job the women had was to “promote it [on] social media” — contrary to what Kristen made it seem like on the show. “Nocking Point provided everything for our party and Kristen just brought it,” she stated.

Kristen then came through with a response, noting that the women “should have pride” in their brand and product — even if their responsibilities were minimal.

“We didn’t stomp on the damn grapes,” she said in another tweet, “but we built the Witches of Weho x Nocking Point brand from the GROUND UP. I take pride in my businesses and I work hard to promote what I’m proud of.” 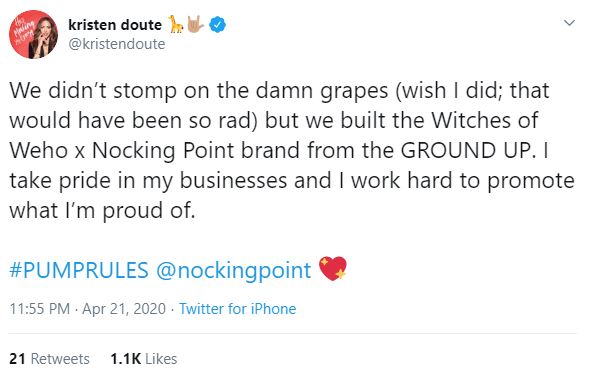 She then responded to a fan’s tweet encouraging her to “stay away from those two” and not “dim [her] light to suit them” with three affirmative heart emojis.