Shahs of Sunset Star Mercedes “MJ” Javid Reveals Her Regrets When it Comes to Feud With Reza Farahan, Plus Why She Wants to “Mend Fences” with GG 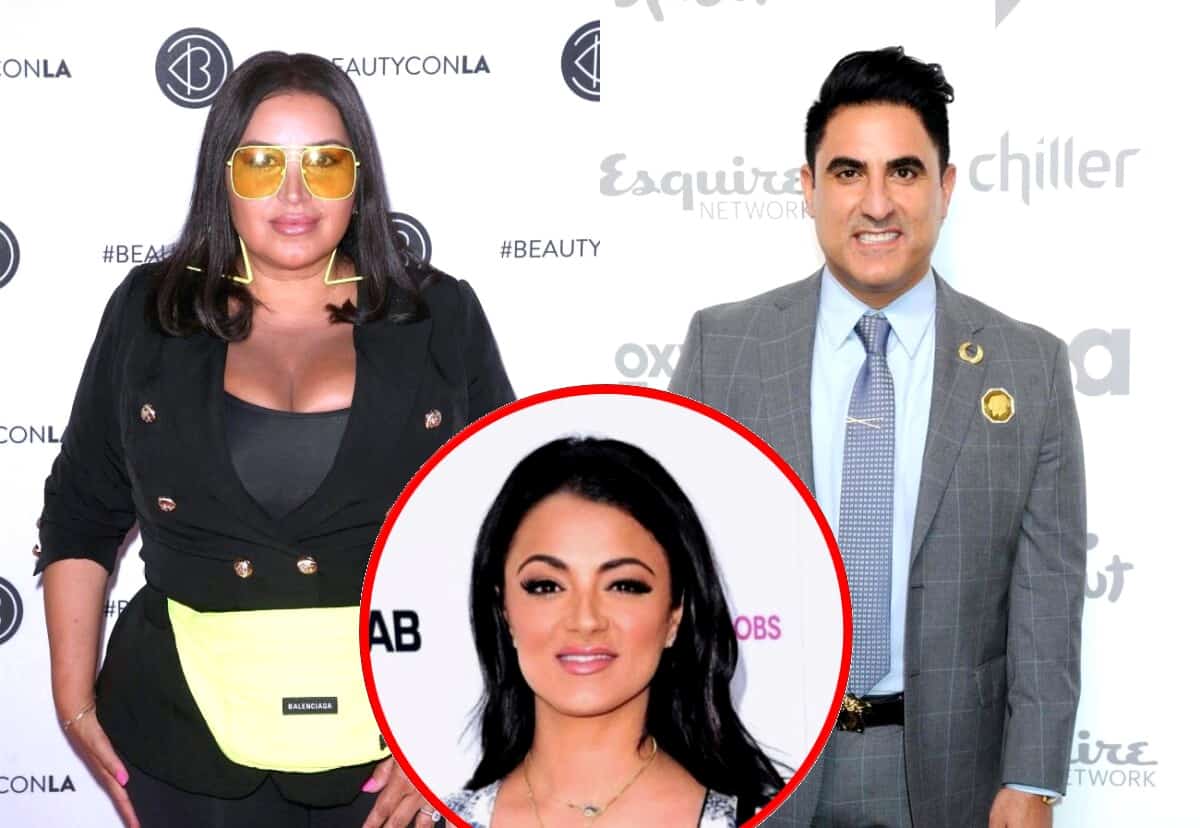 Mercedes “MJ” Javid is revealing what regrets she has when it comes to her feud with her former BFF Reza Farahan.

A dramatic episode of Shahs of Sunset showed shocking footage of MJ’s husband Tommy Feight trespassing onto Reza and husband Adam Neely‘s home with a baseball bat, vandalizing the property, and threatening to kill Reza. After filing a restraining order against Tommy last year, Reza continued his tempestuous feud with MJ with seemingly no end in sight.

During her recent appearance on Watch What Happens Live, the Shahs OG got candid about the very heated drama that’s transpired, ultimately expressing regret for how things escalated.

“I don’t want to downplay it,” she said. “I wish that had never happened, you know? Now, how can we ever mend things and walk back from this?”

Continuing to explain her side of things, MJ noted how the tension between her and Reza reached a boiling point, triggering her husband to a harsh reaction.

“There’s no consequence for the things that Reza says to me. He just kept making it worse and worse and worse,” she stated. “So what do you expect a man to do? Tommy from Queens?”

Even so, the dust has settled a bit, causing MJ to reflect back on things with more understanding.

“I absolutely never condoned that,” she explained. “I am very sorry that ever happened. I wish I could have prevented it. Reza was not correct in saying that I sent him there, that was completely out of my control. And never in my life have I condoned or been involved in anything physical, ever.”

When it comes to the now-infamous pool party, though, MJ has no regrets about going nor does she regret throwing a drink in Reza’s face after he made some allegations about her.

“No… I wish I would have pushed him in the pool,” said MJ. “Like, just don’t be so rude. Give me the respect that I deserve and I just had a baby.”

Despite the messy events that have transpired, Reza noted on a recent WWHL appearance that although he doesn’t regret filing the restraining order against Tommy, he and MJ recently had a “positive conversation” that could potentially lead to the two slowly repairing their friendship.

Not only has her drama with Reza been disastrous, but it’s been disastrous with other longtime castmates as well, such as Golnesa “GG” Gharachedaghi. Although she’s been more focused on her pregnancy this past year, GG has leaned more on Reza’s side during his and MJ’s feud, noting how Mercedes has been getting her dose of “karma.”

While MJ admitted she and GG have “hurt each other” in the past, she’s still hoping for a reconciliation.

“I think that each time that one of us hurt the other person that we were not compassionate or aware that we were hurting each other,” she said. “And I think that neither Golnesa or me are good at expressing our feelings when we’re hurt.”

MJ is hoping for a light at the end of the tunnel, aiming to “make amends” since the two have “had a lot of really good times” and are now both mothers who share an even greater bond.

“I’d like to mend fences,” she stated. “I’d like to see us not to let our story end that way.”