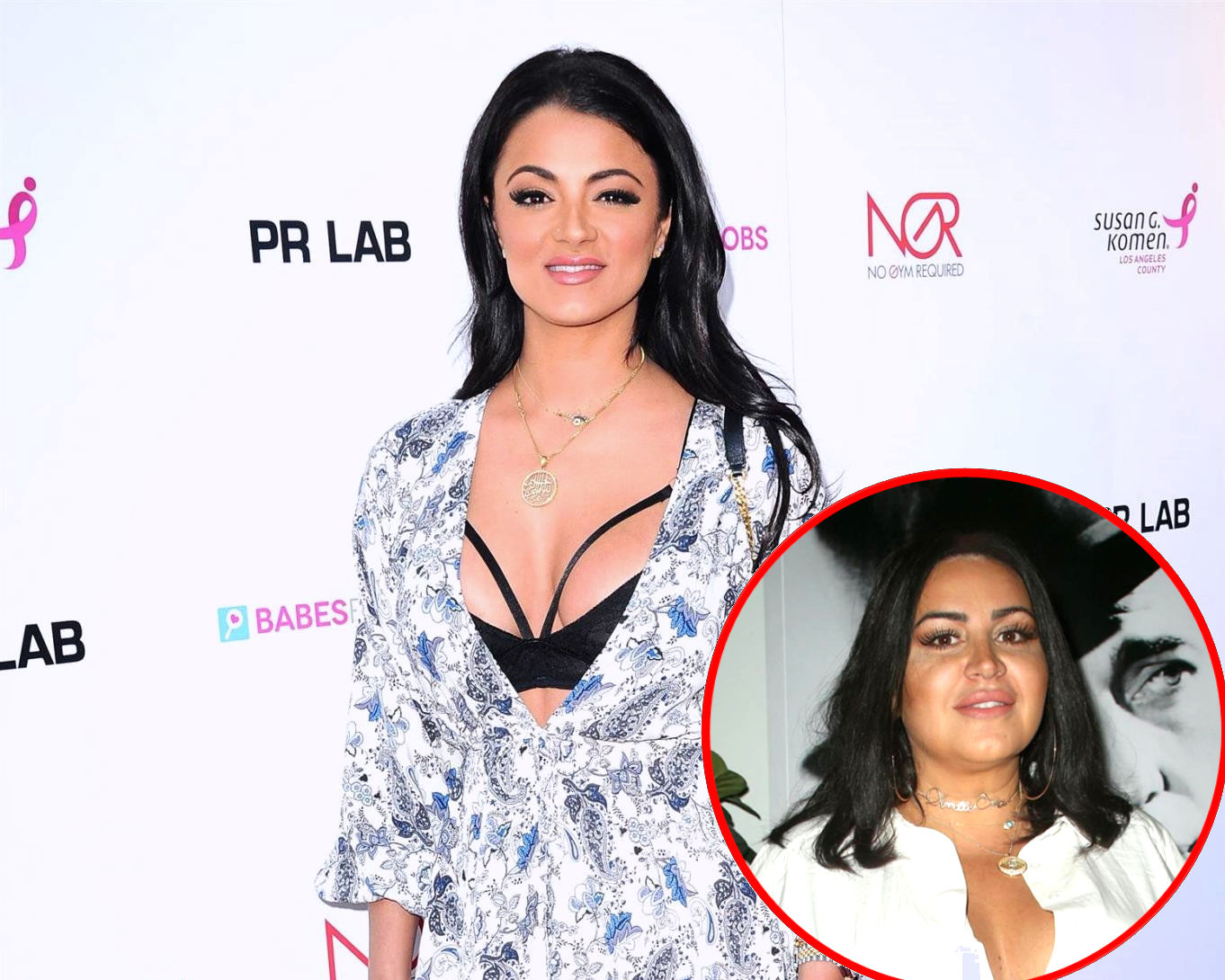 After sharing photos from the over-the-top bash, during which she confirmed the sex and name of her new baby, GG took aim at Mercedes “MJ” Javid, who was not on the guest list, for constantly playing the victim and wronging their co-star, Reza Farahan.

“And so there you have it… HIS name shall be Elijah! My boyyyy, I can’t wait to meet you kiddo!” GG wrote in the caption of a photo of herself standing in front of an “Elijah” banner and elaborate cake.

“Baby shower shenanigans with my Gang-Gang and baby Elijah on the way,” GG added in the caption of a second post, which included Mike Shouhed, Paulina Ben-Cohen, Reza, Adam Neely, Destiney Rose, and Lilly Ghalichi and her husband Dara Mir.

In addition to GG’s photos, other Shahs cast members posted images on their own pages.

“My BABIIIEEEEEE is having a #BABY [GG] #ILOVEURFACE. It’s happening,” Destiney wrote.

“Celebrating [GG] and sweet baby Elijah at her baby shower!” Reza wrote with a photo of himself, GG, and Adam.

During an interview with Page Six earlier this week, GG said that while the tension between Reza and MJ during season eight was “heavy,” she was too focused on her pregnancy to be impacted by their drama. That said, GG does believes MJ has always gotten free passes for her alleged bad behavior for years because of her self victimization.

“She gets away with it because she always has something happening to her in her life, whether its having a horrible mother, her dad is ill and passing away, her dog dies, she’s overweight, whatever it is, people always give her that pass,” GG said.

Now, however, she’s reportedly getting a dose of “karma.”

“I think she’s being held accountable for the first time for what she’s doing,” GG shared.

Although Reza has been accused of being a “mean bully” throughout his time on Shahs, GG doesn’t agree.

“He didn’t do anything wrong. It was done to him,” she insisted. “[Reza]’s made significant changes. He’s really spiritually [and] emotionally turned around and he’s just really settled with himself. He’s happy and you can see a different side of Reza.”

After the interview was shared, Reza reacted to GG’s statements on his Instagram Stories. “That’s my girl! Love you [GG],” he wrote. 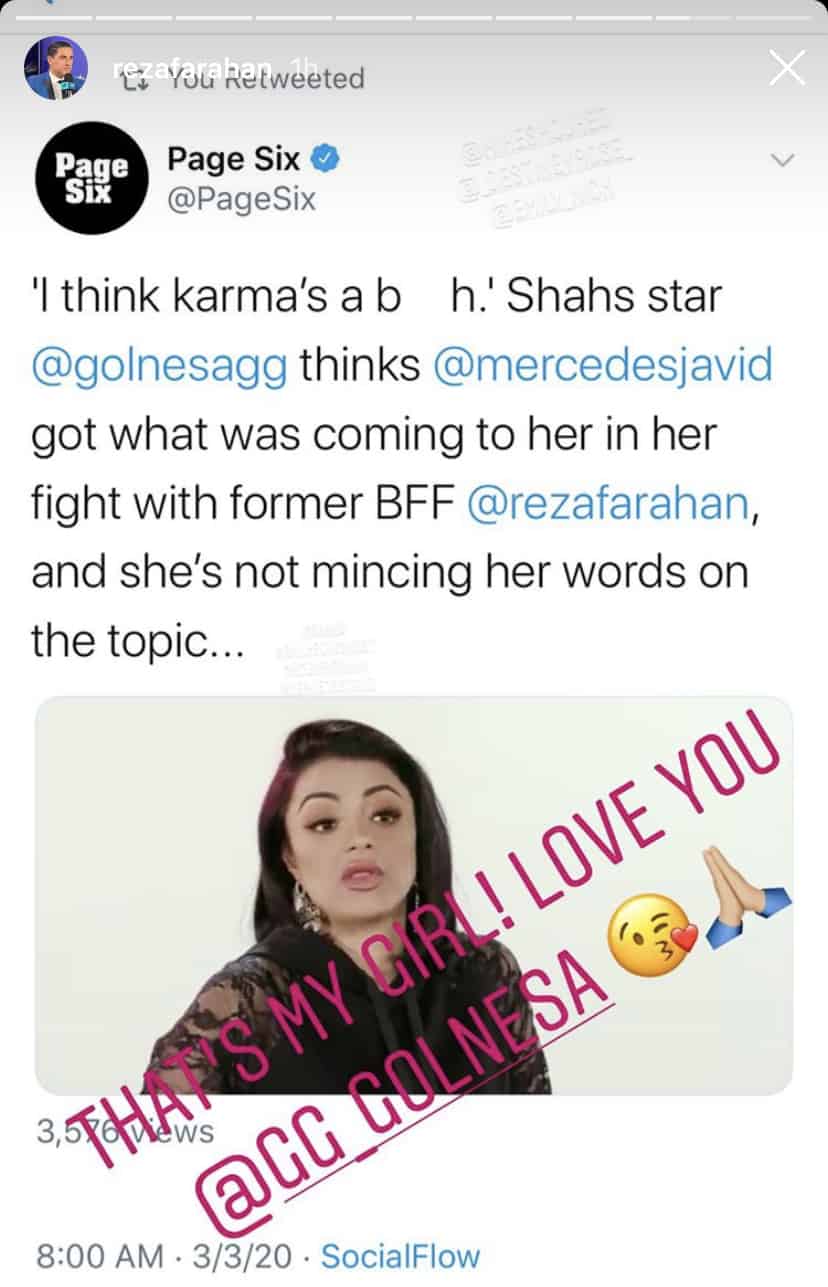