Shahs of Sunset’s Reza Farahan Dishes on His Recent ‘Positive Conversation’ With Mercedes ‘MJ’ Javid, Reveals if He Regrets Restraining Order Against Tommy and if He’s Met Baby Shams 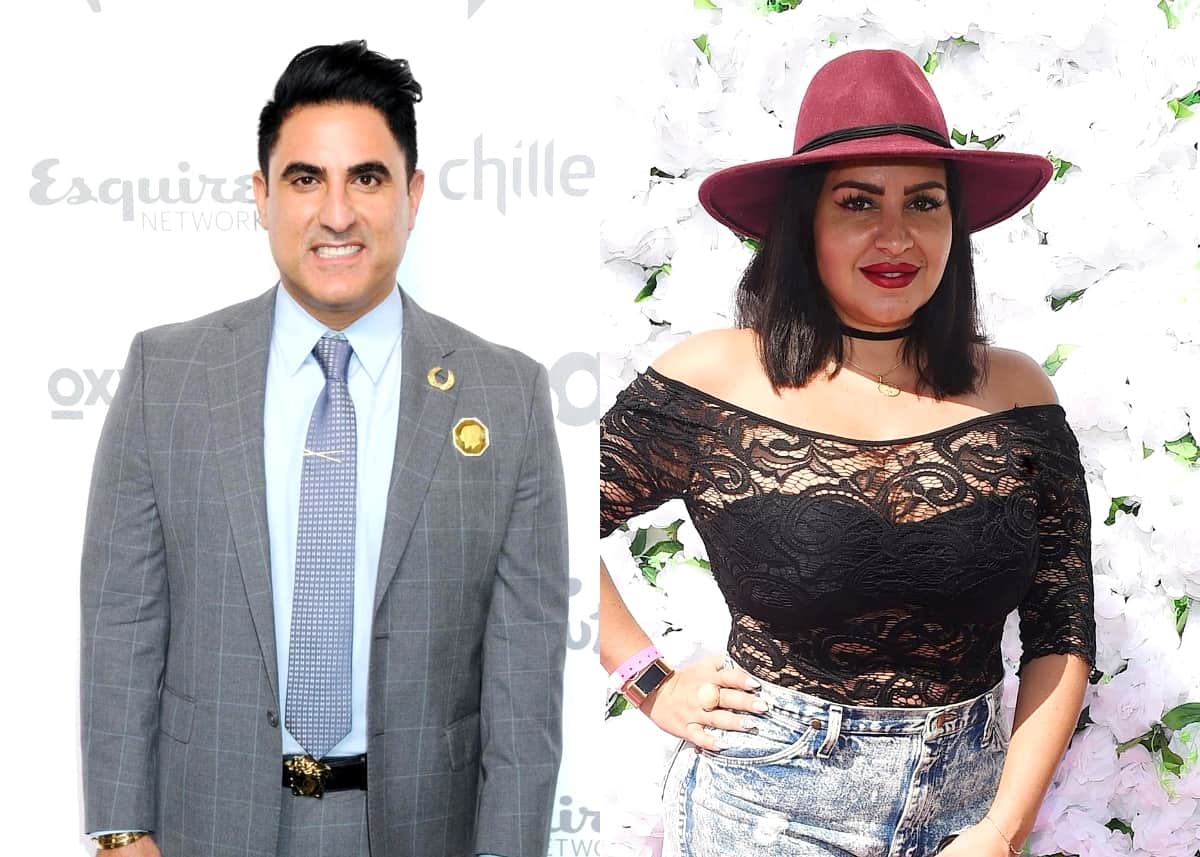 Is there hope for Reza Farahan and Mercedes “MJ” Javid‘s friendship after all?

During a recent episode of Watch What Happens Live, the Shahs of Sunset star shared a rather shocking update on his friendship with MJ as he also revealed he regretted some of his actions this season. This includes alleging she had multiple abortions, which he claimed contributed to her suffering complications in the birth of her son, Shams, last year.

When asked if he had met her son, Reza noted that he “regrettably” has not met Baby Shams yet, but he has seen pictures and calls him “beautiful.”

Although Mercedes said that there was no hope of a reconciliation in a February episode of WWHL, Reza revealed that he and Mercedes “recently” shared a text exchange last week that was heated, but that ultimately ended with some “positivity.”

“Bravocon was the last time I saw MJ but MJ and I just very recently got into a crazy exchange via text message that ended with some positivity,” Reza shared. “Very recently, like a few days ago.”

In another segment from the show, Reza talked about the incidents that have taken place with MJ and if he had any regrets about them.

When it comes to not visiting Mercedes in the hospital after she gave birth, he admitted regretting that. He also wished he hadn’t shared the text messages from MJ and Tommy, stating he was “sorry” for that.

However, when it comes to the restraining order he filed against MJ’s husband, Tommy Feight, after Tommy visited his home with a bat and vandalized his property, Reza had no regrets.

“Absolutely not,” he responded when asked if he regretted filing the restraining order.

The two are known to go back and forth in their friendship, feuding and then making up and then feuding again. Is there a light at the end of the tunnel for them?

Reza revealed that there were things that happened behind the scenes that made him “upset” and he wants to bring receipts to the reunion, so we may have to wait until the whole cast is brought together to face the full drama of the situation.

A new episode of Shahs of Sunset airs tonight on Bravo at 9/8c.