Sonja Morgan Shows ‘Proof’ She Didn’t Try to Make Leah McSweeney Look Bad in Her Clothing Line and Claps Back at Her, Shades Producer of Her Fashion Show Plus RHONY Live Viewing Thread!

by Lindsay Cronin May 7, 2020 242 comments
ShareTweetWhatsappPinterestRedditTumblrMailFlipboard 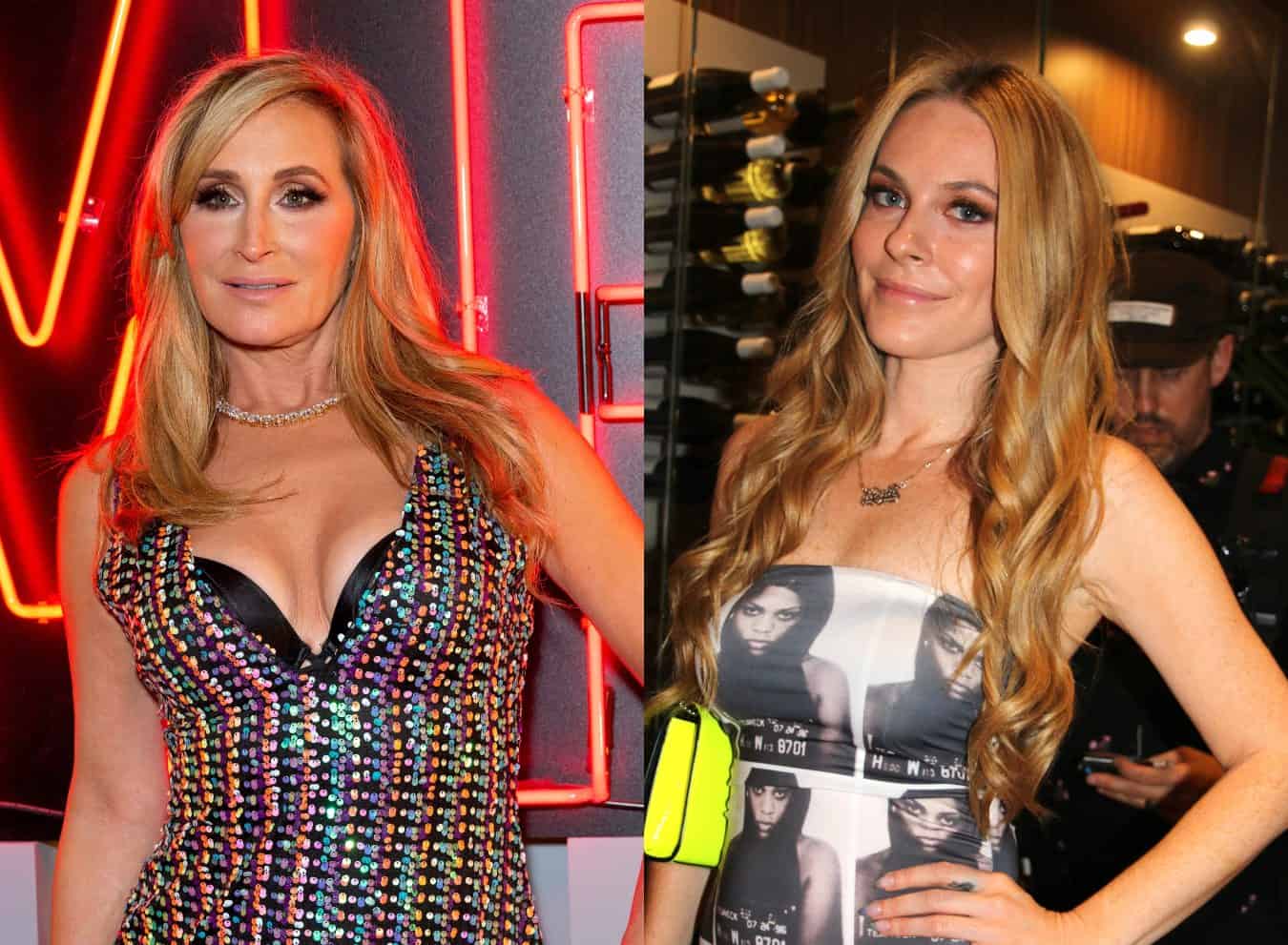 Sonja Morgan clapped back at comments made by Leah McSweeney on Thursday’s episode of The Real Housewives of New York City on Twitter during the show.

After seeing that Leah had suggested Sonja jokingly sent her an outfit from her Sonja by Sonja Morgan clothing line in an effort to make her look bad during her New York Fashion Week presentation, Sonja called Leah out for her comments about the outfit while slamming her fashion show producer in a series of Instagram posts.

“Leah asks who would be wearing this? As featured in Elle Mag?” Sonja wondered on Twitter. “I love my cashmere set and I KNOW Leah would rock it. She obviously is misreading my intentions. Cashmere and under 200$ @BravoTV.” 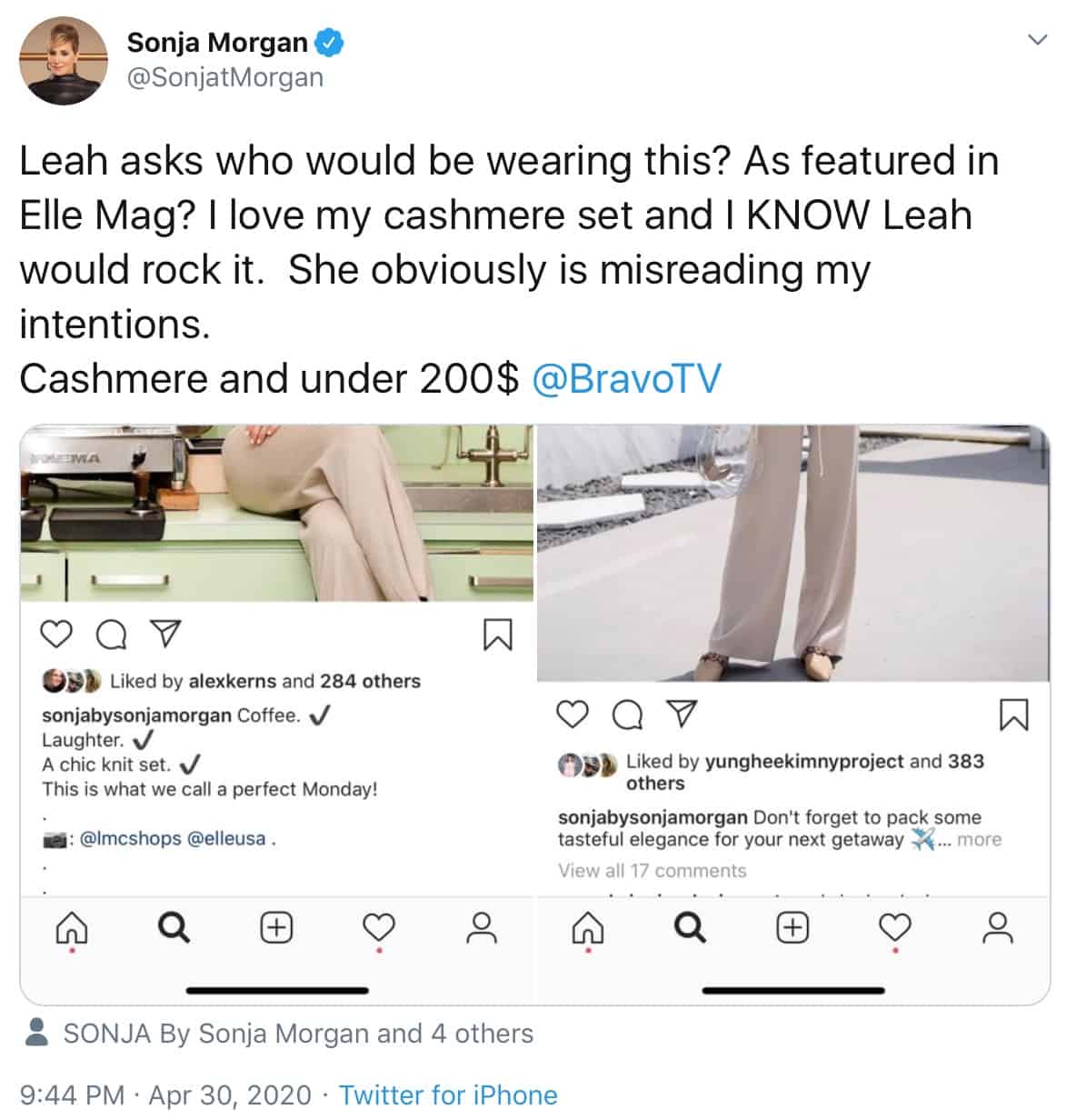 Minutes later, Sonja shared a second post in which she confirmed Tinsley Mortimer was right when she suggested Sonja had not plotted to make Leah look bad at her show.

“Thx Tinz I did think Leah would look cool. And never did I think she would wear what I gave you,” she tweeted. “Which BTW looks great on you thanks for supporting. @SonjaMorganNY.”

Thx Tinz I did think Leah would look cool. And never did I think she would wear what I gave you. Which BTW looks great on you thanks for supporting. @SonjaMorganNY pic.twitter.com/XAgGEiG6ZX

Sonja also spoke of the debut of her ready to wear collection on her Instagram page.

“What did you think of the [Sonja by Sonja Morgan] ready to wear debut?” she asked her fans and followers with a video of her presentation.

“I loved it. I just wish you used a professional production company. The poor interns had no clue,” one person responded to Sonja’s post.

“Interns were fantastic. Producer not so good,” Sonja explained.

“No music, lights, elevated platform. It was ok,” wrote a second fan. “The faux fur hooded jacket… my fav.”

“[I] learned by lesson getting a ‘producer.’ Through a friend. I usually do all myself. Lesson learned,” Sonja replied. 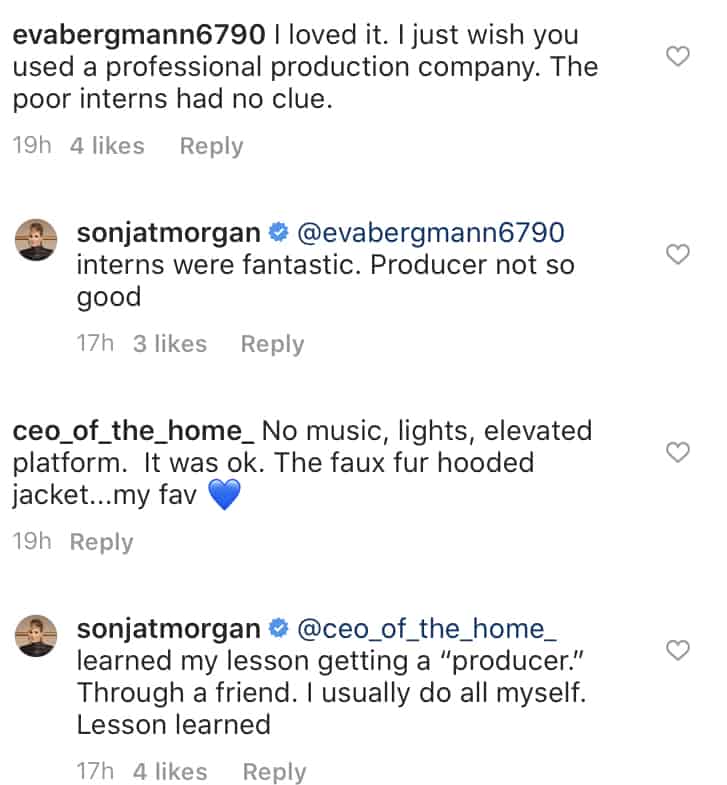