Home Watch What Happens Live Andy Cohen Reveals if He’s Ever Hooked Up With Another Bravolebrity and if He Prefers Virtual Reunions, Plus He Dishes on Vanderpump Rules Cast’s Drinking Habits and Talks Dating

Andy Cohen Reveals if He’s Ever Hooked Up With Another Bravolebrity and if He Prefers Virtual Reunions, Plus He Dishes on Vanderpump Rules Cast’s Drinking Habits and Talks Dating

by Lindsay Cronin May 11, 2020 24 comments
ShareTweetWhatsappPinterestRedditTumblrMailFlipboard

Andy Cohen hosted a Q&A session on his Instagram Stories on Saturday, and during the online chat, he was asked about potential hookups with other celebrities on Bravo.

Before addressing his current dating life and plans to welcome more children into his family, as well as the Vanderpump Rules cast’s drinking habits and the recent tapings of virtual reunions, the Watch What Happens Live host revealed whether or not he’s hooked up with any Bravolebrities.

“Have you hooked up with any Bravolebrity?!?” a fan asked. 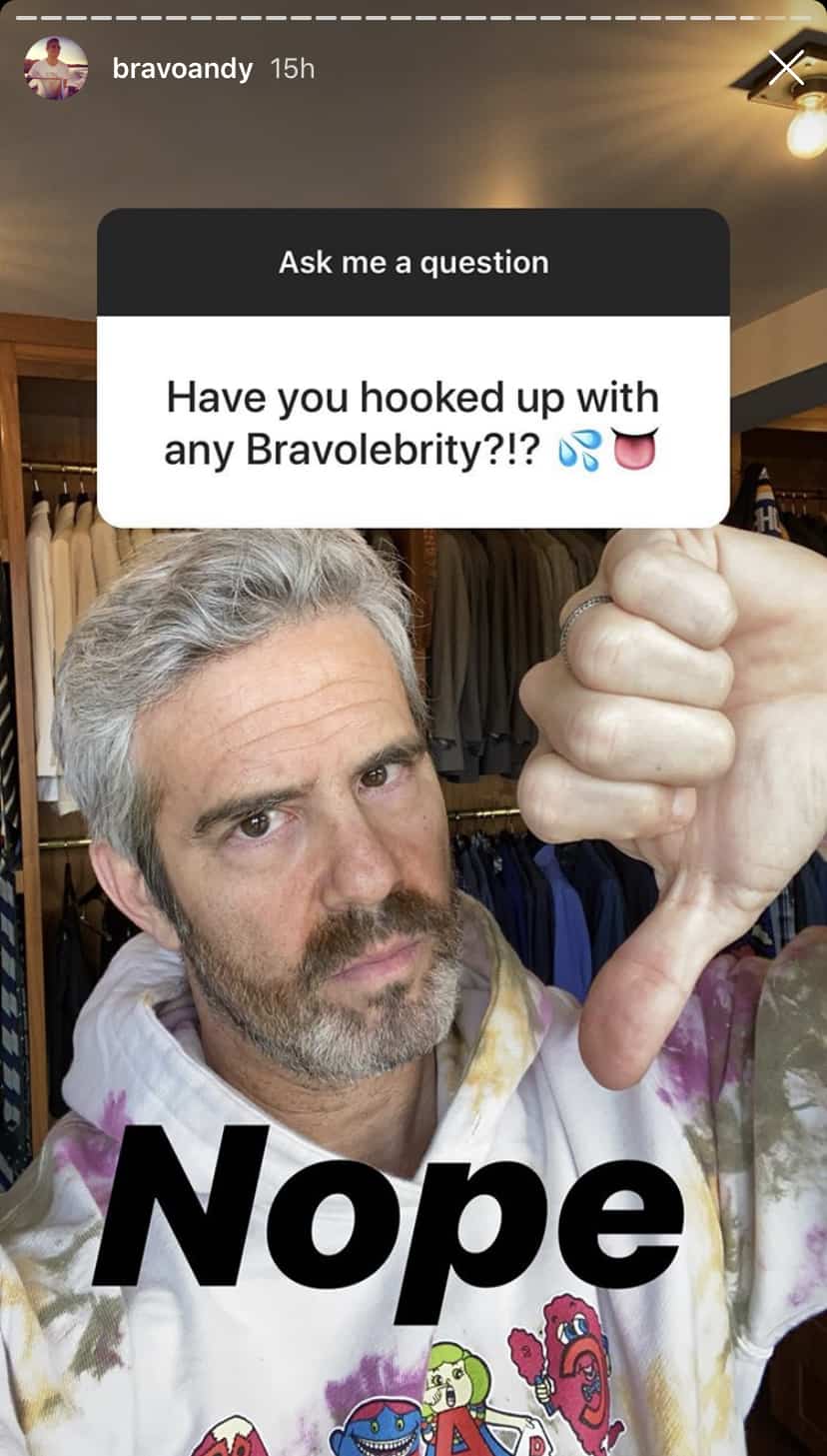 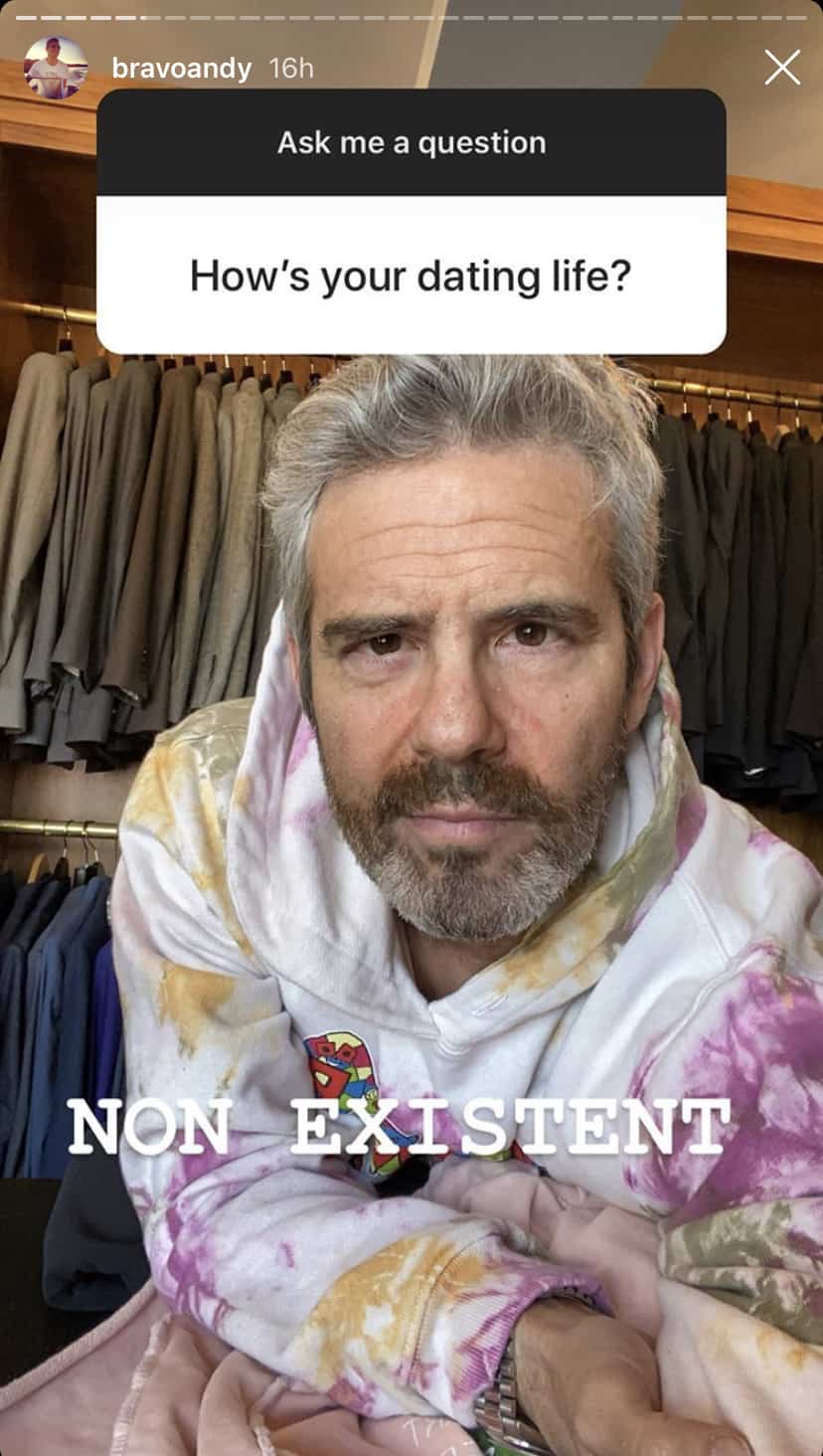 While Andy isn’t currently in a relationship, he said he’d “love to” give his one-year-old son Ben a sibling at some point in the future. 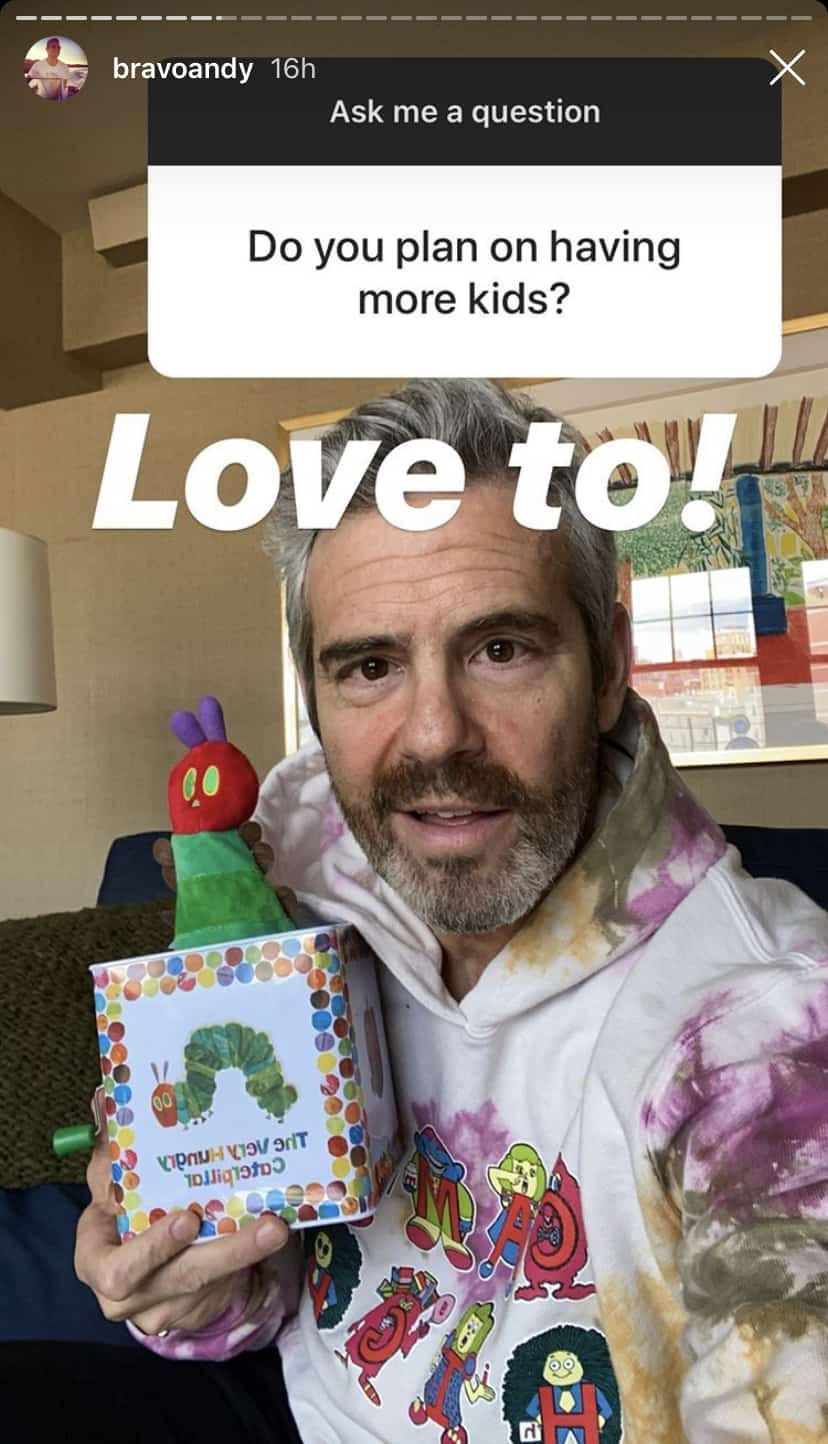 After dishing on his personal life, Andy answered a question about the Pump Rules cast.

“Is everybody on [Vanderpump Rules] an alcoholic?” someone wondered. 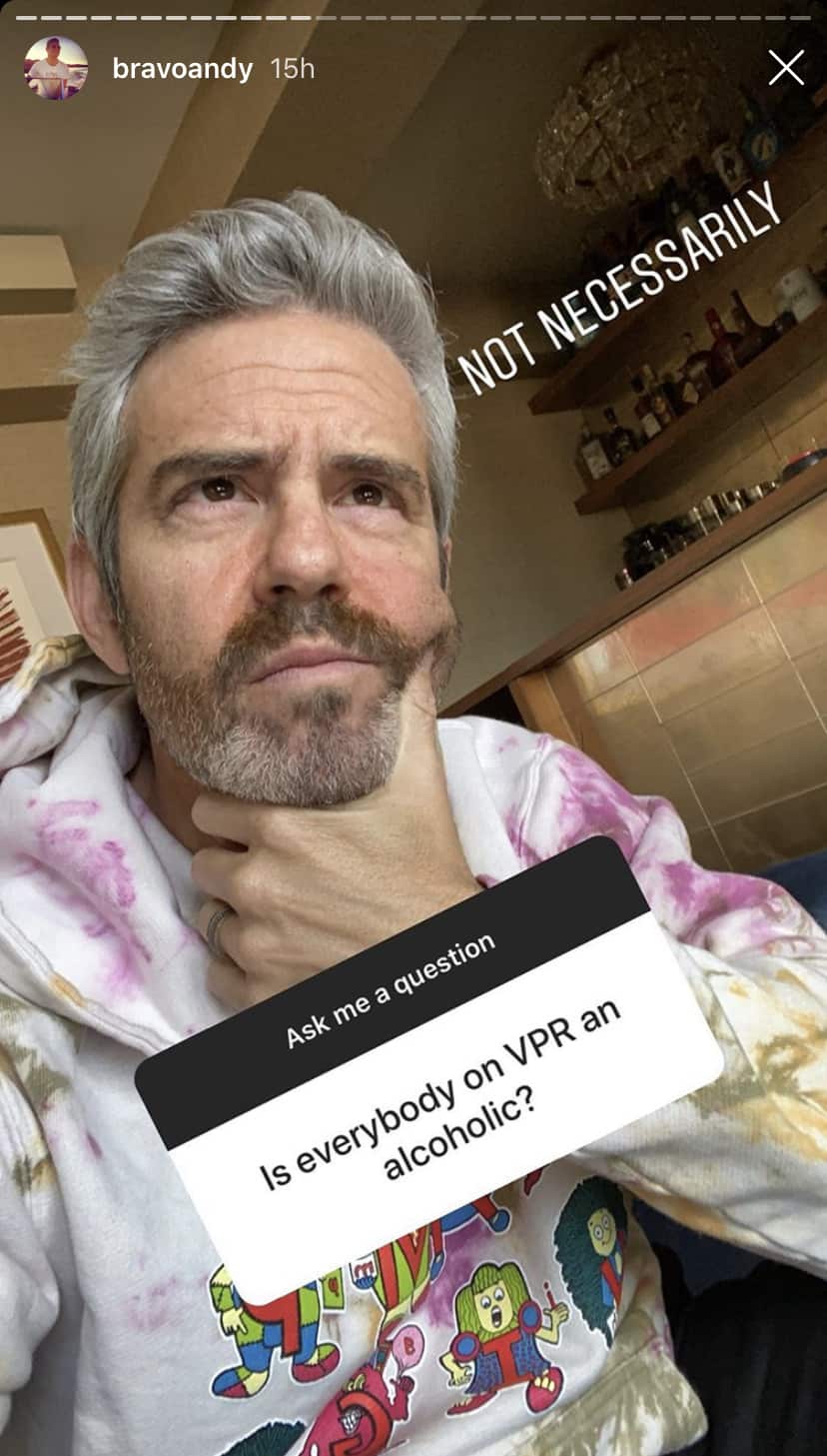 “How was the [Pump Rules] reunion?” someone else asked.

“It was so good the cards are still on my floor!” Andy responded, along with a photo of several flashcards in a pile at his feet. 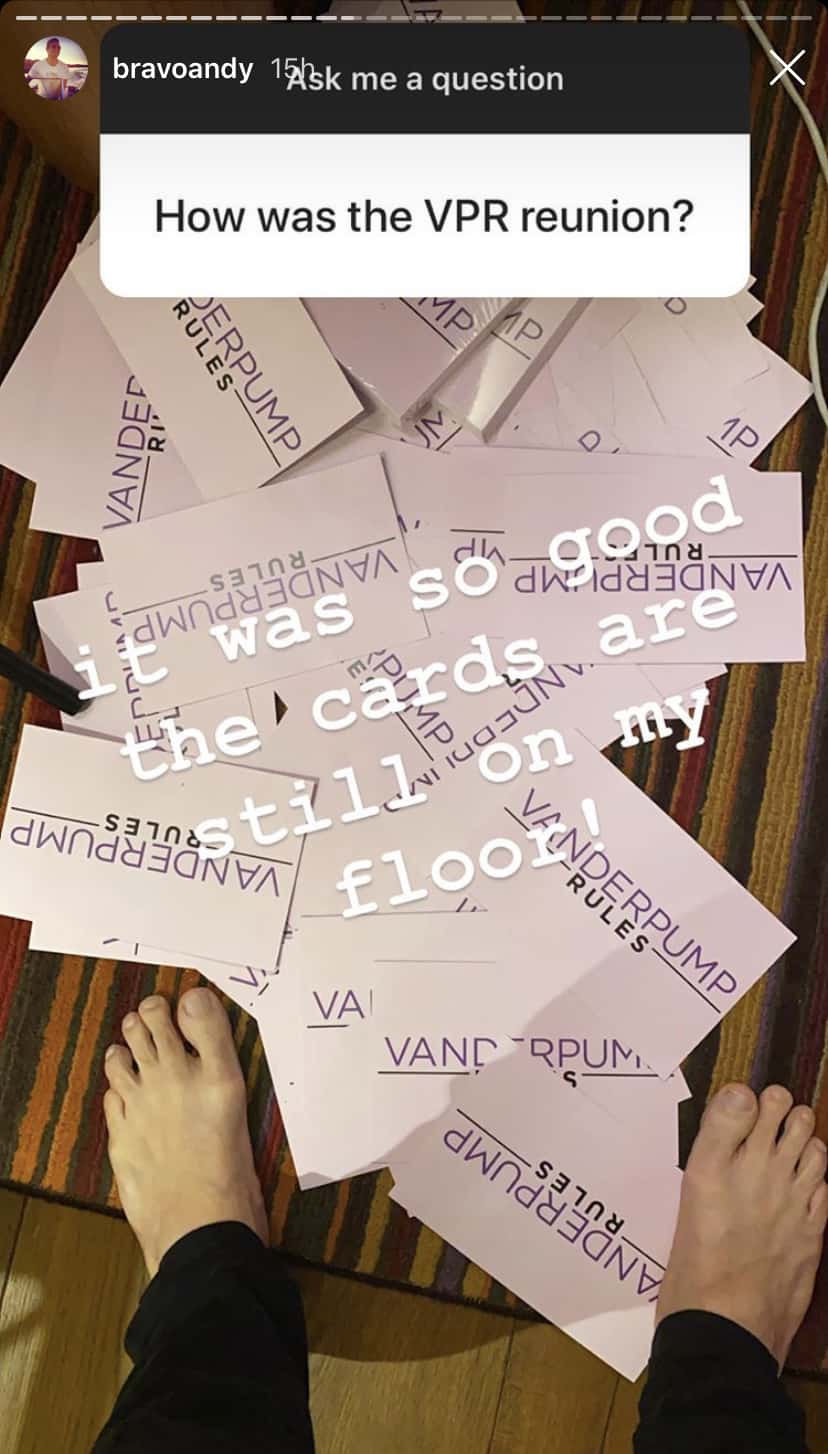 According to Andy, he prefers to host in-person reunions, but when it comes to the virtual reunion he recently taped with the Real Housewives of Atlanta cast, he wasn’t at all disappointed with the outcome.

“Both are stressful. I definitely prefer in person but I can’t WAIT for y’all to see [The Real Housewives of Atlanta] starting on Sunday. The ladies DELIVER,” he shared. 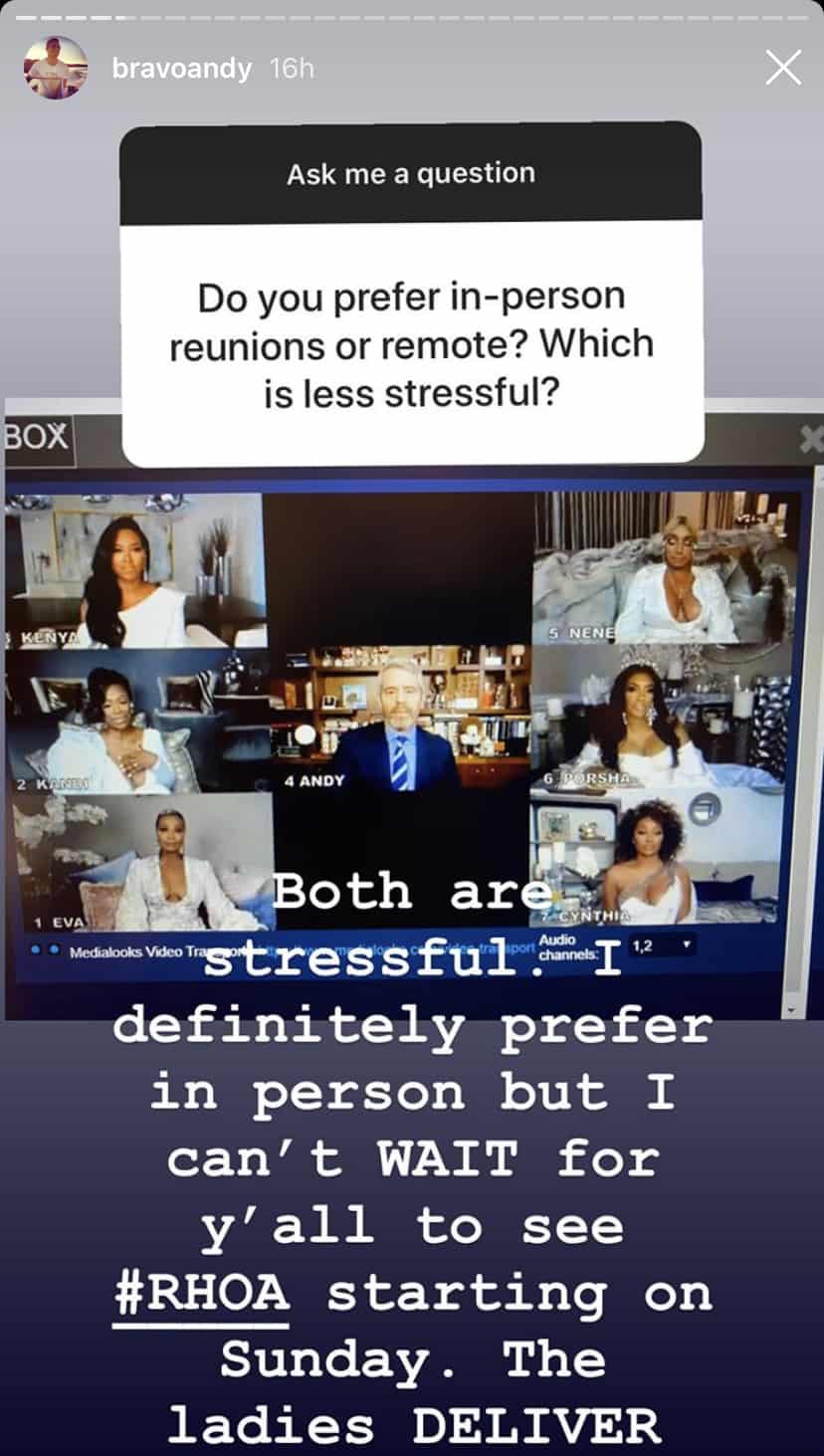 Watch What Happens Live airs Sundays through Thursdays at 11 p.m. on Bravo.