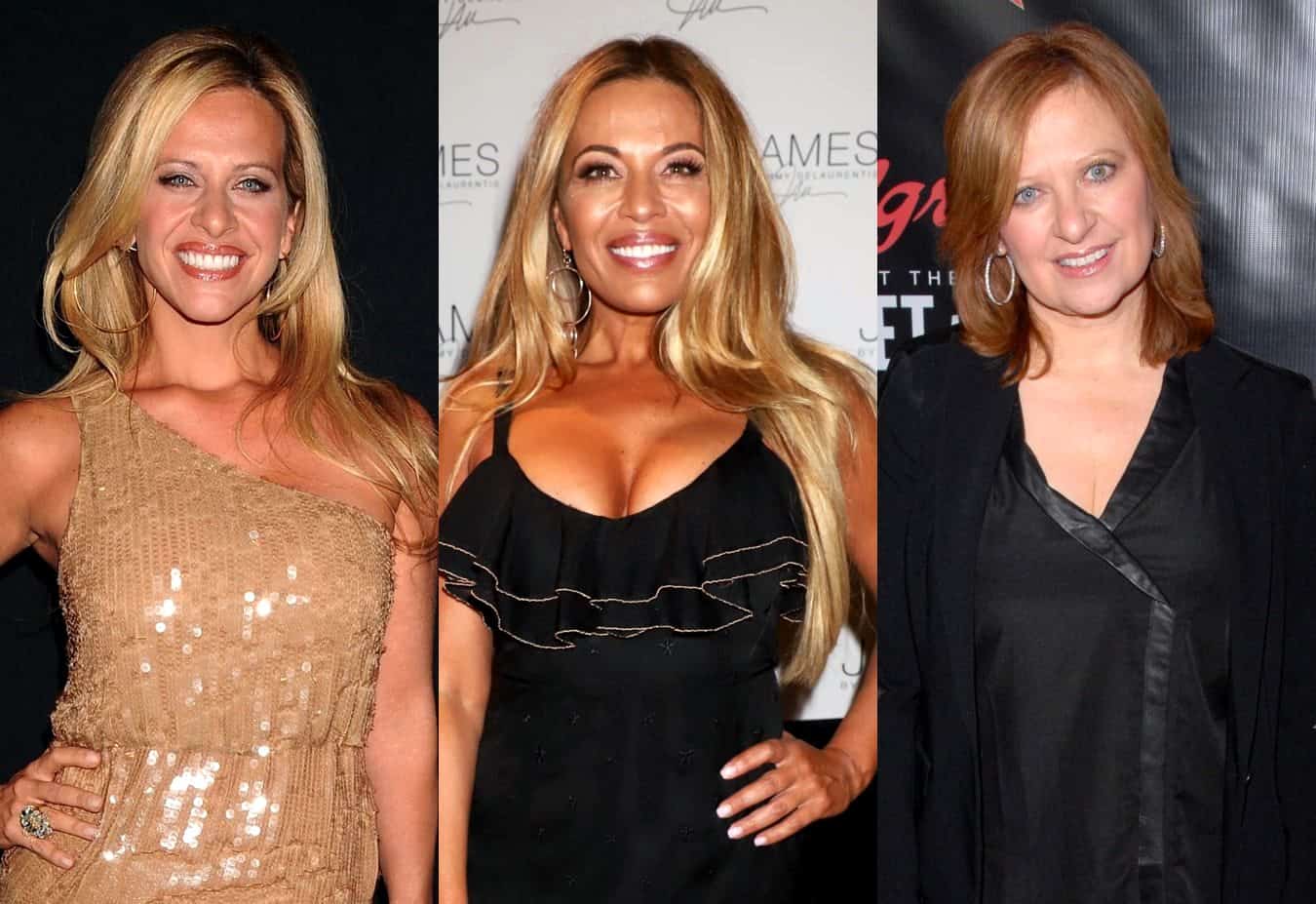 Caroline Manzo can reportedly thank Dolores Catania for her season one role on The Real Housewives of New Jersey.

On Tuesday, May 12, the 11th anniversary of the series’ premiere episode, Dina Manzo looked back on her early moments on the show and revealed that her estranged sister Caroline was brought to the cast after Dolores, who was supposed to be an original cast member, backed out.

“[Dolores] was supposed to be in season one but backed out so Caroline took her place,” Dina told her online audience in the caption of a blurry throwback photo of herself and Dolores. 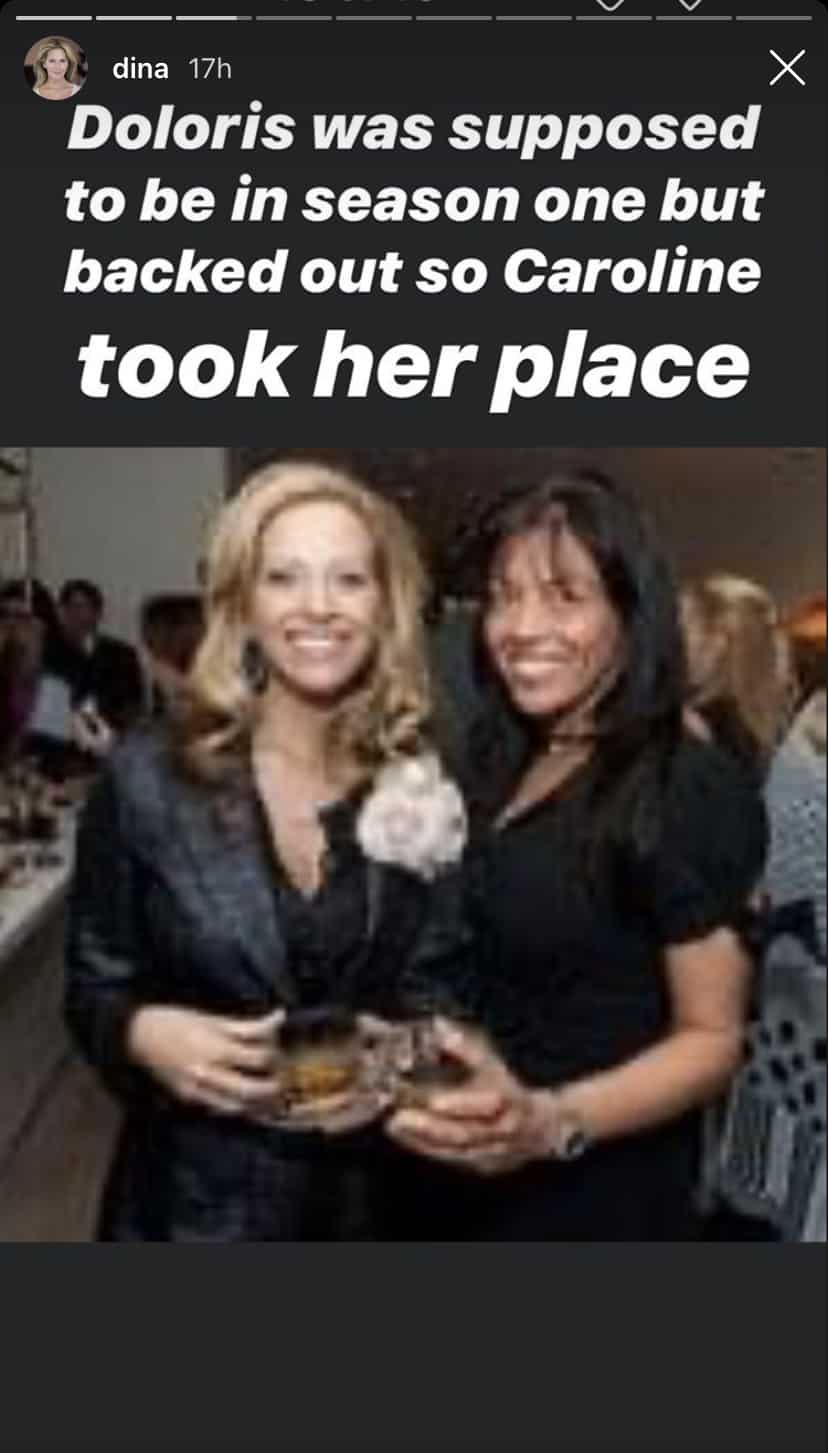 While Dolores wasn’t featured in a “housewife” position on season one, she did appear on the show in guest-starring roles during seasons one, three, and four before ultimately joining the series as a full-time cast member during season seven.

In addition to sharing the casting news on her Instagram Stories, Dina shared a series of old photos of herself and Teresa Giudice, one of which was taken before production on RHONJ season one began. 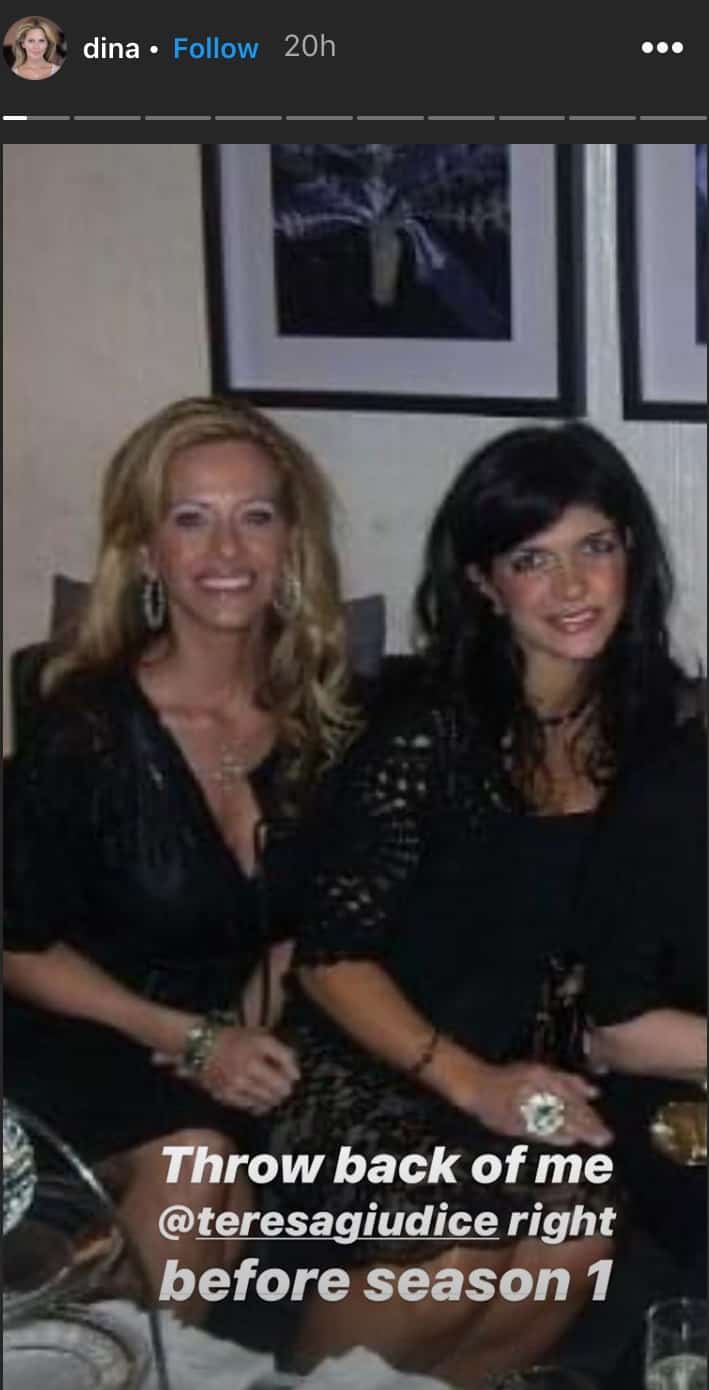 Dina appeared in a full-time position on the first two seasons of RHONJ and returned to the show in a guest-starring role during the series’ fourth season. Then, after appearing as a full-time cast member for season six, Dina left the cast and relocated from her home on the East Coast to a new place in Southern California with husband Dave Cantin.

While many fans of RHONJ have called for a future return from Dina, she does not appear to have any plans to move back to New Jersey.

Also on her Instagram Stories, Dina seemingly lamented over her season one cast photo by sharing the promo shot and including a face-palm emoji. 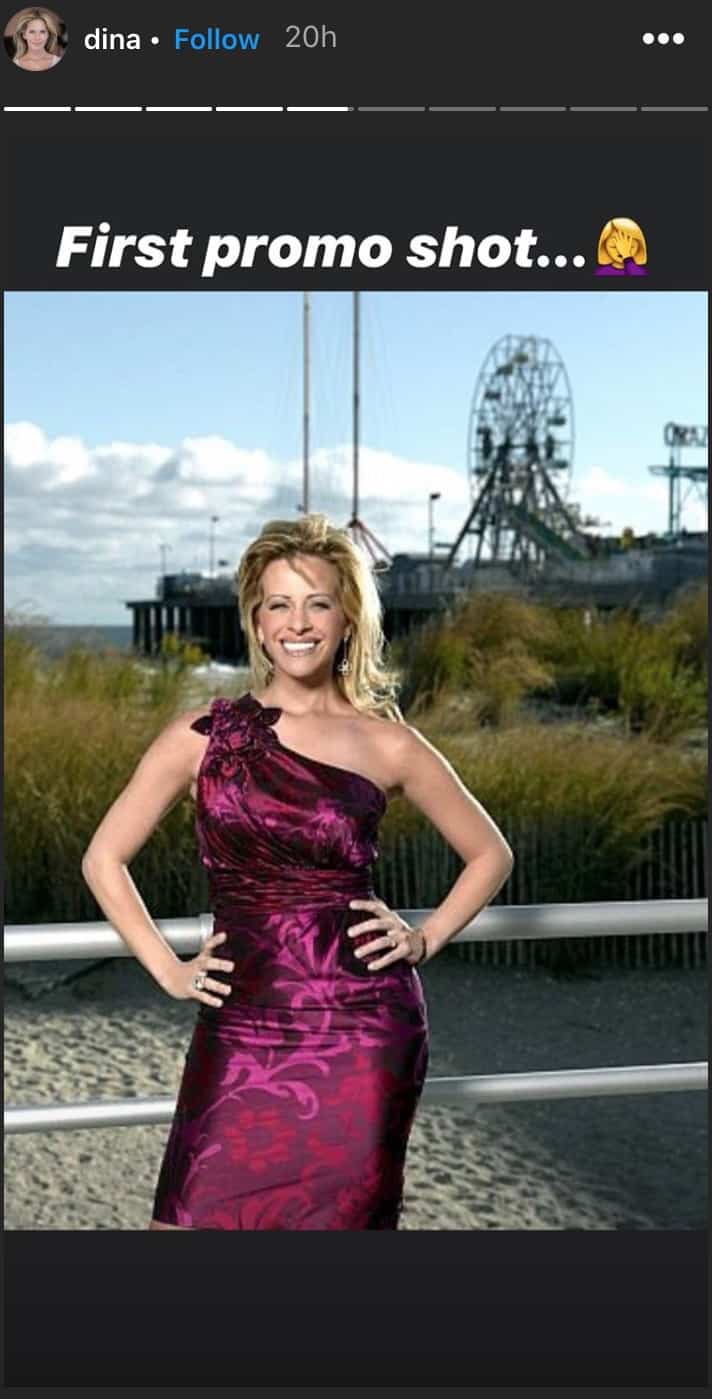 Filming on The Real Housewives of New Jersey season 11 began in March but was put on hold weeks later due to the ongoing coronavirus pandemic.