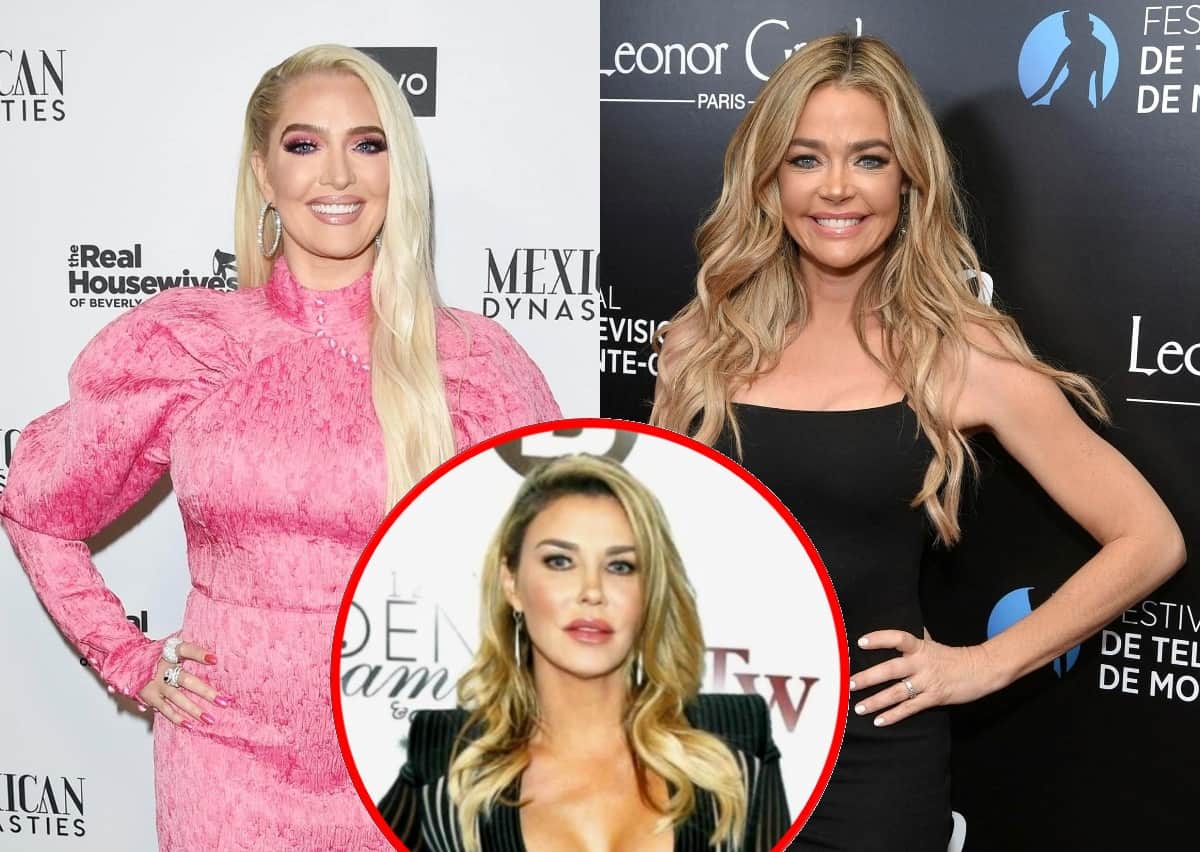 Erika Jayne is calling out Denise Richards for what she sees as double standards and lies following Wednesday night’s episode of The Real Housewives of Beverly Hills as she also responds to backlash over some comments she made about Denise’s daughter.

In a series of Twitter posts during the show, Erika was confronted about her comment regarding Denise’s daughter after she joked that kids at her age are more likely to already have knowledge and experiences with threesomes. Erika stated, “They already know if they haven’t had one already.”

“Oh so you knew you were on TV when you opined on a 14 year old’s sex life?” the person tweeted.

“Yeah and Denise did too when she talked about getting the ‘Happy Ending’ sooo…. what’s your point?” Erika wondered.

Another person suggested that Erika should have quit talking about Denise’s daughter after she attempted to shut down the conversation.

“It doesn’t matter what her daughter said. Denise is the parent and she said no bueno. You were an awful b***h to her. How’s your son BTW?” the viewer asked.

Erika then took aim at what she sees as Denise’s lies and double standards before giving a nod to Denise’s alleged affair with their co-star, Brandi Glanville.

“But Denise lied about her daughters reaction. Erika even asked for details and Denise shut it down. Denise is clearly weaponizing her children to selectively judge these women,” a fan wrote on May 27.

While Denise expressed concern to her RHOBH co-stars over the way in which her children reacted to overhearing comments about threesomes during a dinner party she held at her home earlier this season, Sam didn’t seem bothered by the conversation when she sat down with her mom for a filmed lunch date.

Erika took issue as well with the fact that Denise was acting as if racy topics were completely off-limits with her kids after previously engaging in a number of inappropriate conversations involving her husband Aaron Phypers‘ manhood and her ex-husband Charlie Sheen‘s love of hookers on the show.

In another tweet, Erika brought up Brandi after being asked if she was threatened by the “big d*ck” in Denise’s life.

“Are you threatened by [Denise Richards’] big d*ck?” someone wondered.

In response, Erika tagged Brandi and added a shrugging emoji.