by Lindsay Cronin May 29, 2020 237 comments
ShareTweetWhatsappPinterestRedditTumblrMailFlipboard 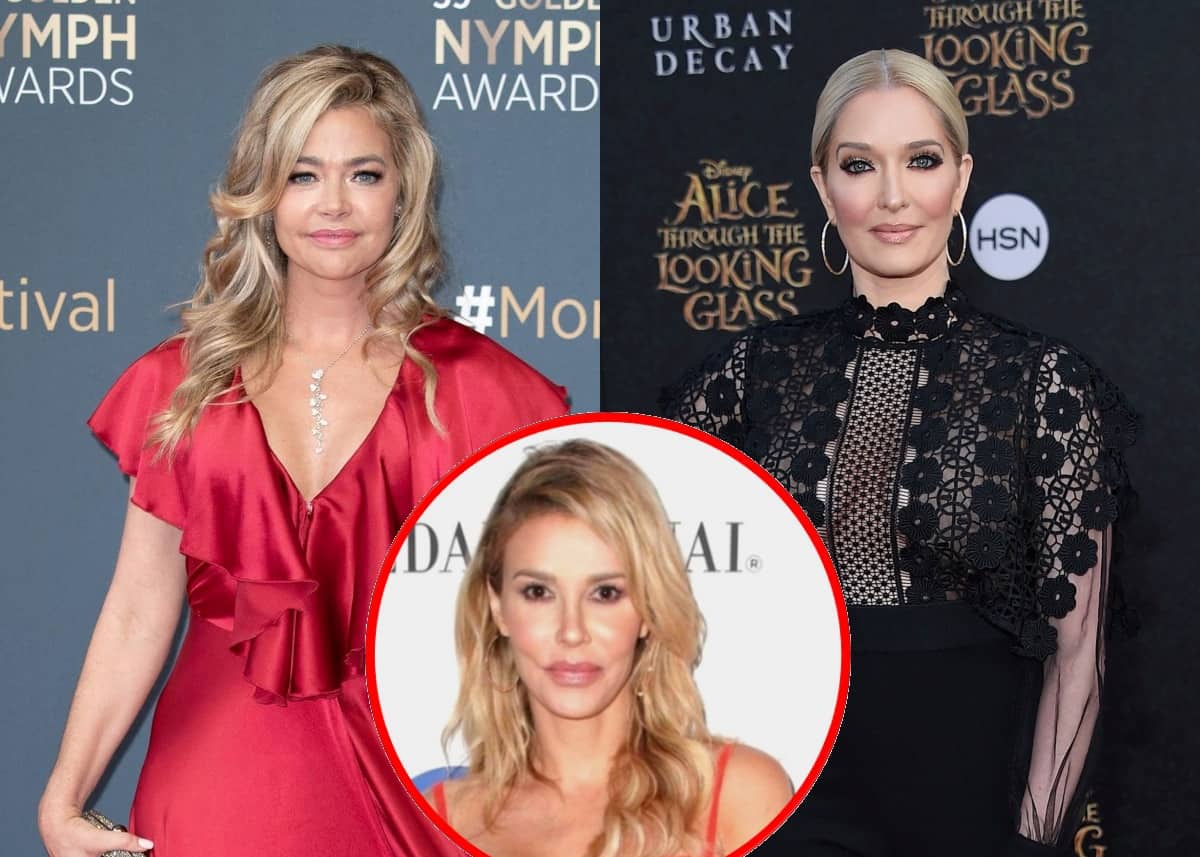 After explaining why she was upset with her Real Housewives of Beverly Hills co-stars’ chatter about threeways on this week’s episode of season 10, Denise responded to a fan who mentioned her castmates’ suggestions of double standards and slammed Erika Jayne for her “inappropriate” comment about her daughter. Plus, Brandi Glanville called Denise out for lying about the reason behind her deleted photo of husband Aaron Phypers.

“How do the ladies not get you just didn’t want that talk in front of your kids?” a fan asked on Instagram. “You’re allowed to talk about that stuff with just girlfriends around and not kids. They’re acting like you’re portraying you’re Mother Teresa. Kyles comments are so bitchy, like Denise is boring? Wtfffff.”

According to Denise, she was tired when she arrived in Santa Barbara to spend time with her RHOBH co-stars and didn’t feel welcomed by the group.

“[I] worked on [The Bold and the Beautiful] that day & 3 weeks after my surgery, I also felt the energy that they were talking about me before I got there. Didn’t feel very welcomed,” she admitted. 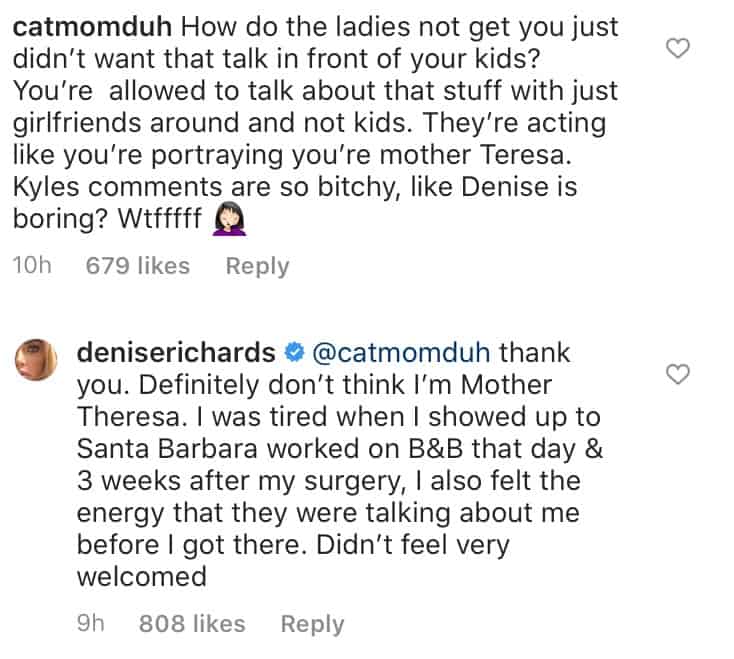 Meanwhile, on Twitter, Denise responded to another fan who slammed Erika for pointing out that her daughter, Sam, likely knew more about threesomes than Denise realized.

“WTF is wrong with Erika? Why would she sexualize a child. I can’t speak for her, but I was not having threesomes when I was 14. I would be offended if any women said that about my child, she wouldn’t have left that room with her teeth in tact,” the fan wrote.

“[I] heard this for the first time while watching the show. beyond inappropriate,” Denise replied. 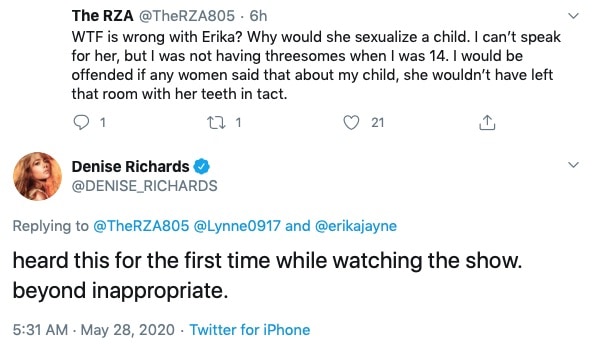 Also on Twitter, Brandi said that while Denise claimed to have deleted a very racy photo she shared of husband Aaron lying in bed on Instagram because her daughter was offended by it, she actually deleted the image at the prompting of Brandi.

“You took that picture of [Aaron] down because I told you too! TEXTS TO PROVE IT!” Brandi tweeted. “I said it was a bad idea every women already knows where he works and you don’t need them making appts!”

“The truth seems to begin to come out tonight,” Brandi added.