Home Real Housewives of Beverly Hills News RHOBH’s Denise Richards Slams Lisa Rinna for Laughing at Erika’s Comment About Her Daughter and Denies Lying About the Conversation, Plus She Suggests Costars Were the Ones Flaming the Drama

RHOBH’s Denise Richards Slams Lisa Rinna for Laughing at Erika’s Comment About Her Daughter and Denies Lying About the Conversation, Plus She Suggests Costars Were the Ones Flaming the Drama

by Lindsay Cronin May 30, 2020 243 comments
ShareTweetWhatsappPinterestRedditTumblrMailFlipboard 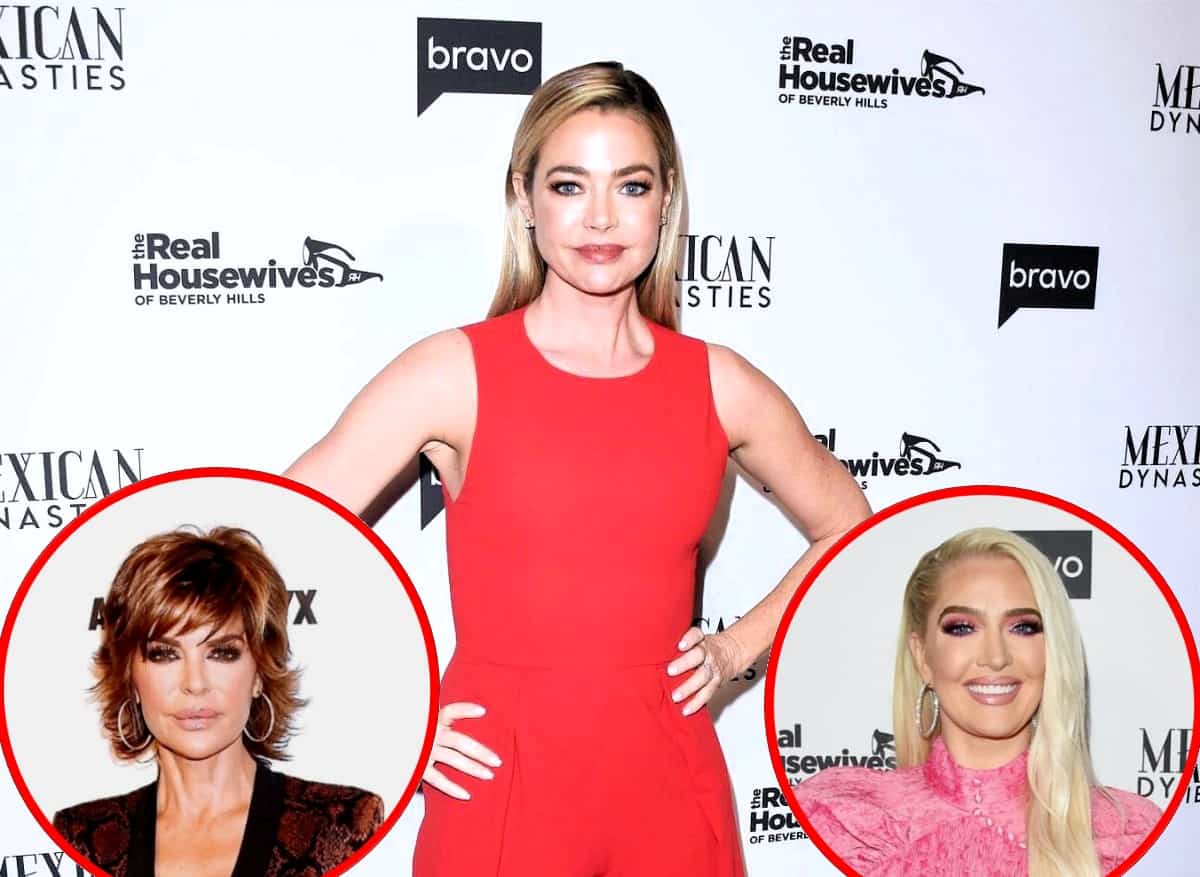 Denise Richards is fighting back after being accused of lying about the conversation she had with daughter Sam on a past episode of The Real Housewives of Beverly Hills.

“But Denise lied about her daughter’s reaction. Erika even asked for details and Denise shut it down. Denise is clearly weaponizing her children to selectively judge these women,” one fan suspected on Twitter.

“I didn’t lie you weren’t there for conversations,” Denise replied on May 28. “I also didn’t keep bringing the issue up, they did. I was actually asked for details about my kids that didn’t air that I felt were private and the issue was being pushed too far. That’s why I shut her down.” 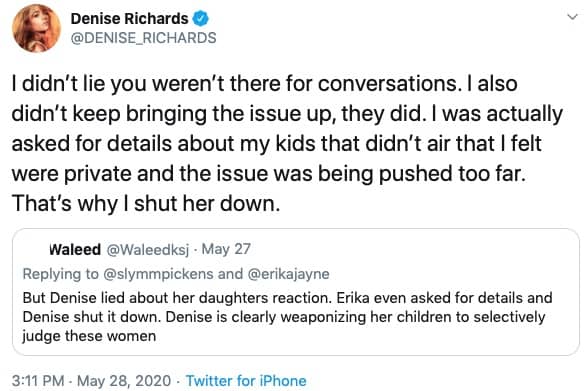 Denise then responded to a fan who applauded her for the way in which she handled her RHOBH cast mates’ many questions regarding her thoughts on having awkward conversations with her children due to things she’s said and done in the past.

“[Denise Richards] had many judgemental, b***hy pains of eyes right on her shooting darts and handled herself firmly and with class. It was very impressive!!” the fan wrote.

Another person pointed out that Lisa, who has known Denise for decades, failed to inform Denise about Erika’s claim regarding Sam likely knowing more about threesomes than Denise realized before Denise saw the comment for the first time during Wednesday’s episode.

“Really??? Why didn’t your ‘good friend’ [Lisa Rinna] told you about it? Oh yes, because she was laughing when Erika made that comment,” the fan noted.

“Yes she was unfortunately,” Denise agreed. 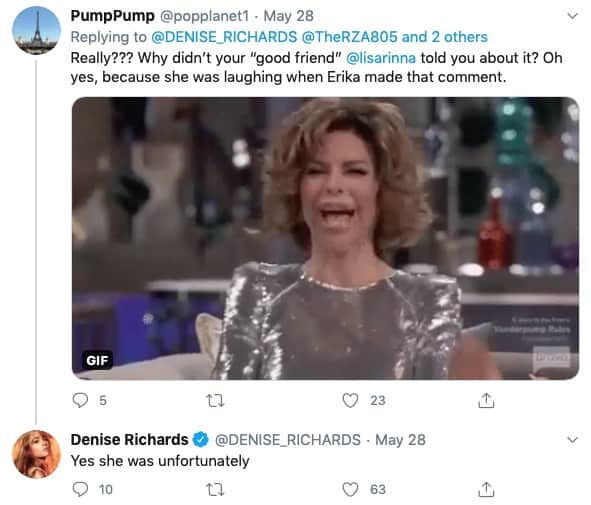 “How is [Erika Jayne] wrong? If you want privacy don’t sign up for a reality show….and don’t continue to bring up something that you claim is not an issue!” the person tweeted.

“I didn’t bring it up,” Denise fired back. “I also repeatedly said that I wasn’t upset when I told them. I was sharing an awkward moment as a mom but they kept pressing the issue trying to make it into something.”