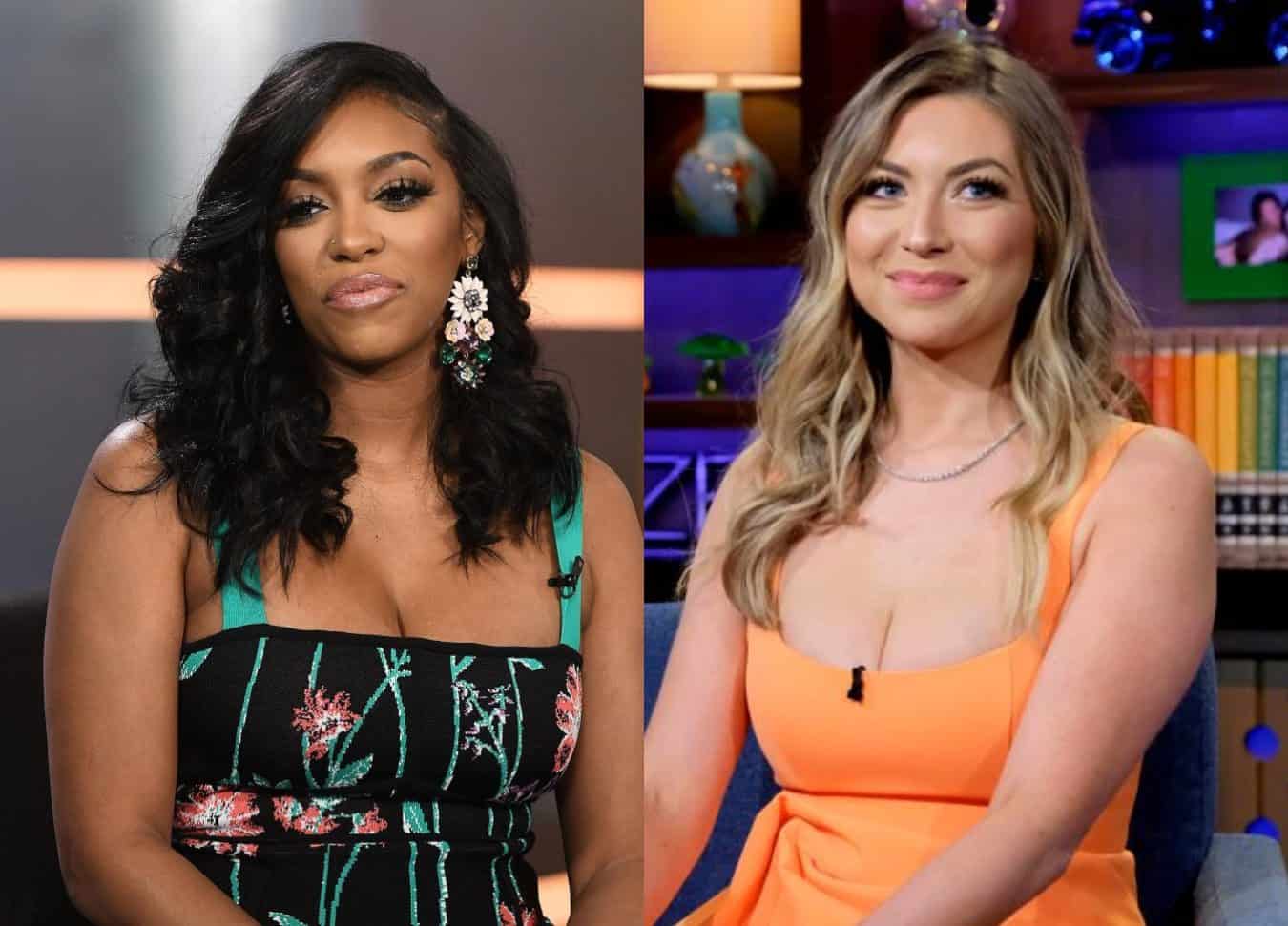 Porsha Williams is weighing in on the ongoing drama surrounding Stassi Schroeder and the racism scandal she’s currently facing.

As the Vanderpump Rules cast member was dropped by her agency, her publicist, and Glamour magazine due to her alleged racial discrimination against former co-star Faith Stowers, the Real Housewives of Atlanta star was seen reacting to a photo she shared years ago with the offensive caption of “Nazi chic.”

On June 8, Porsha retweeted a screenshot of Stassi’s past photo on her Twitter page and added the caption, “WTH.” 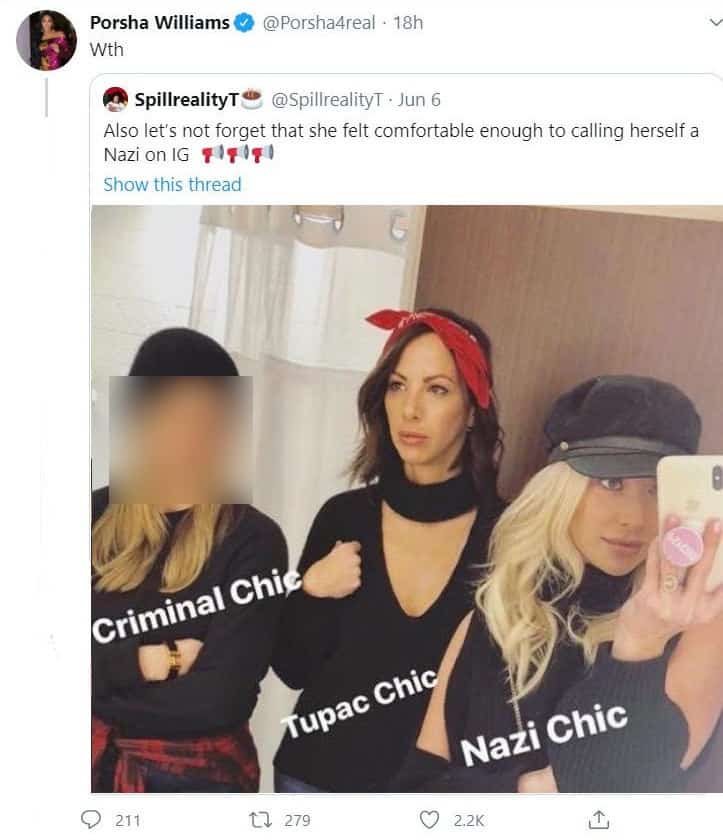 Reality Blurb covered Stassi’s controversial post back in 2018. She ended up deleting the “Nazi Chic” caption following some backlash from fans.

As the RHOA cast member weighed in on the post, a spokesperson for UTA (United Talent Agency) and Metro Public Relations confirmed to Variety that they were no longer working with Stassi.

“She became a client when her publicist joined our company in July 2018. We made the decision this weekend to part ways with Stassi,” read a statement from Metro Public Relations.

After Faith revealed that Stassi and Kristen Doute had called the cops on her after seeing a photo of a black woman wanted for theft, who was not Faith, Stassi lost deals with a number of companies, including shaving brand Billie, vitamin brand Ritual, Skrewball Whiskey, and Secret Deodorant. Plus, her bridal column with Glamour magazine was canceled.

“Are you guys still allowing Stassi Schroeder to write a bridal column for your magazine?” a fan asked Glamour on Instagram. “She called the police on her only black coworker… She has also said multiple racist things on her podcast which is all on [Accountability for Stassi].”

“Our last column with Stassi ran on March 11, and we will not be continuing the column in the future,” the magazine replied. 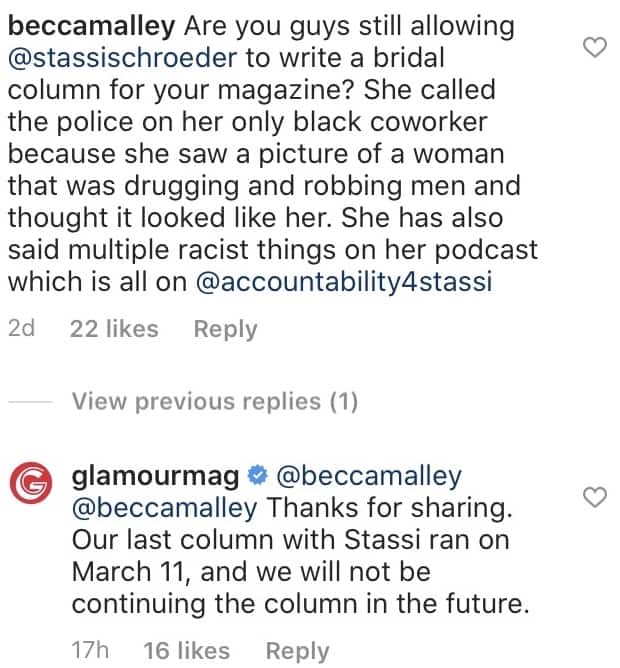