Does Nene Leakes Want Andy Cohen Fired? See RHOA Star’s Shocking Tweets as She Calls Out Andy and Slams Network Execs as Having “No Heart” 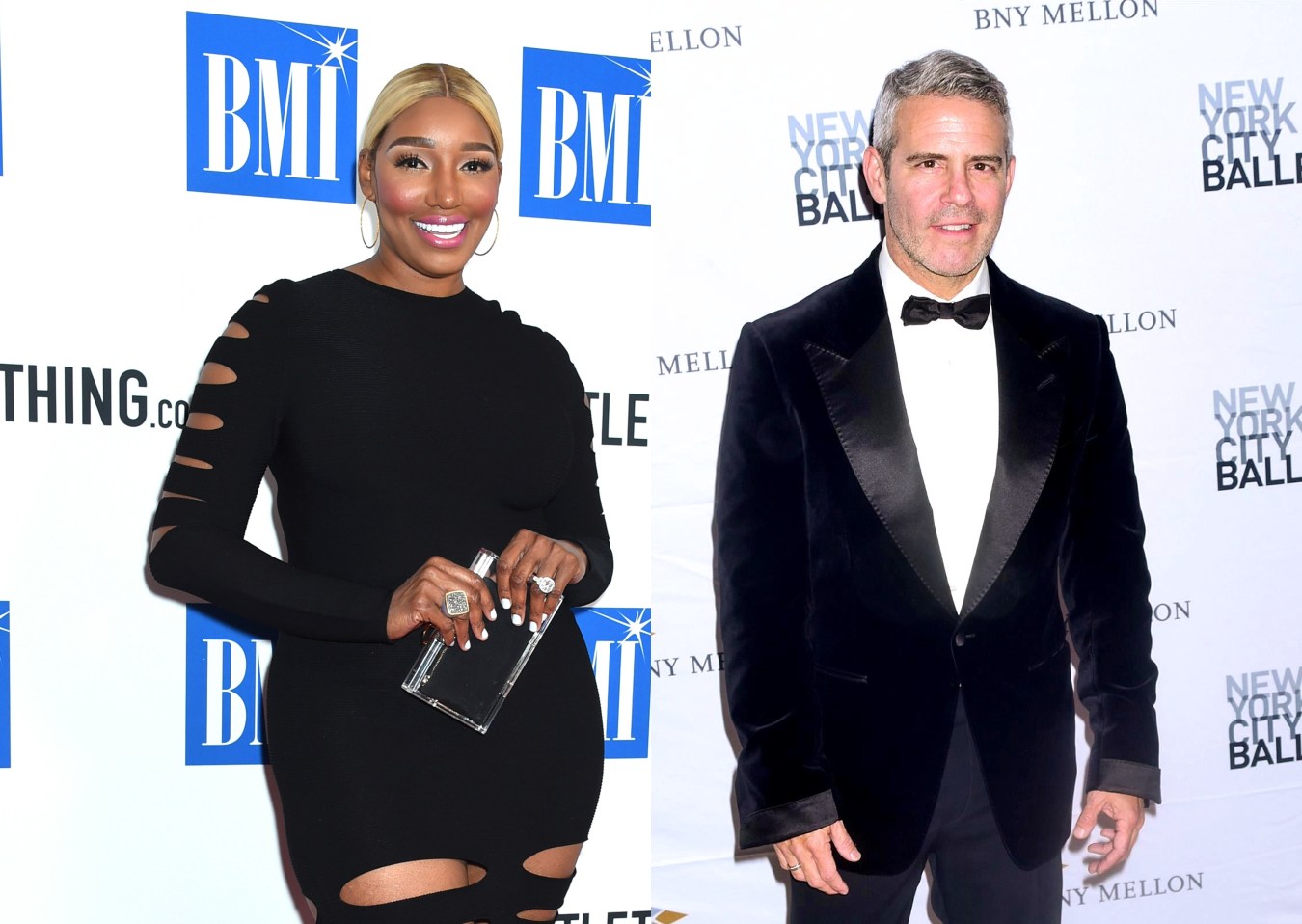 Does Nene Leakes want Andy Cohen to be fired from Bravo?

Amid several shake-ups happening within the network and loud calls for social justice in the streets, The Real Housewives of Atlanta star seems to be asking for Bravo’s top host to get the ax, hinting at mistreatment on social media and retweeting fans’ explicit demands.

Nene (along with other Bravolebs) commented on the post, saying, “Well alright then! Now we have a few more questions to ask about in other areas where there’s a major difference. Should we talk privately or publicly ????,” potentially alluding to rumors alleging she might sue the network.

“All of these companies comin out with large contributions towards social justice!” she wrote on Twitter on June 9 amid news Bravo’s parent company was donating $100 million to fight social injustice. “Clearly there r lots of executives sitting in these offices with no heart & no feelings! U sit there knowin that a black person hasn’t been treated equal! I just want u to know, your [sic] a piece of s**t.”

Is one of the “executives” she’s referencing Andy?

All of these companies comin out with large contributions towards social justice! Clearly there r lots of executives sitting in these offices with no heart & no feelings! U sit there knowin that a black person hasn’t been treated equal! I just want u to know, your a piece of shit

Andy eventually broke his silence around the Pump Rules firings, noting how he thought it was the “right decision” and how he had a “long conversation” with Kandi Burruss about how the network can move forward.

Andy’s statement seemed to set Nene off, as she retweeted an article detailing his response, saying, “I find this interesting ????????.”

Several fans commented on her post in support while introducing the hashtag #fireandycohen, which she co-signed by retweeting. It appears, though, that she recently took back that retweet. 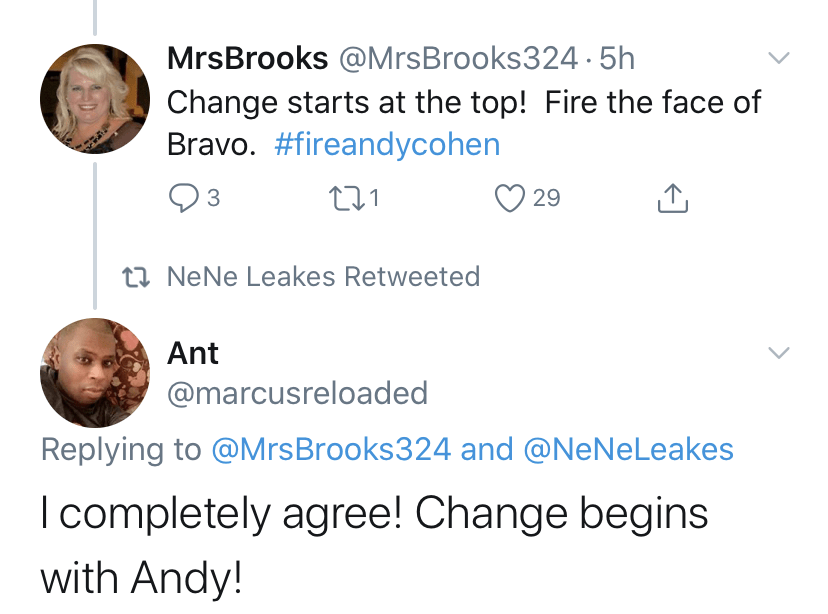 Although she may have rescinded her initial support for calls to fire Andy, his “long conversation” with Kandi seemed to really set her off, as she called upon executives to have conversations with all cast members of RHOA.

“I think it interesting how 1 cast member can give you insight when we have all experienced things differently, separately and together!” Nene wrote. “All voices should be heard[.]”

Nene then retweeted more fans who called out Andy for only having a conversation with Kandi and leaving other housewives seemingly out of the picture.

“Idk but reading ‘I had a great, very long talk with Kandi two days ago. she had some really fantastic suggestions for how we can move forward and we’re all ears’ annoyed me,” wrote a fan. “Assert that you’re going to have these talks with ALL Bravolebs on your payroll[.]”

“Why is @BravoTV@Andy holding discussions with Kandi as if she’s the boss of RHOA? Why?” another fan tweeted. 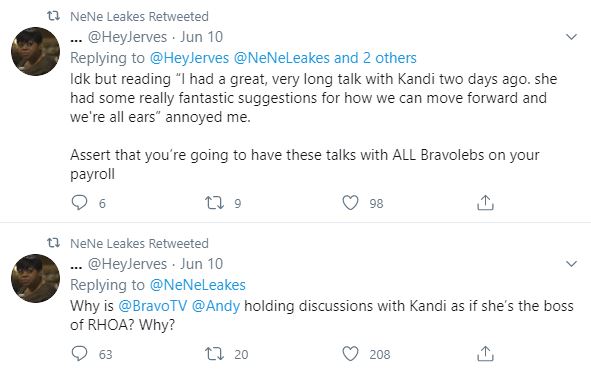