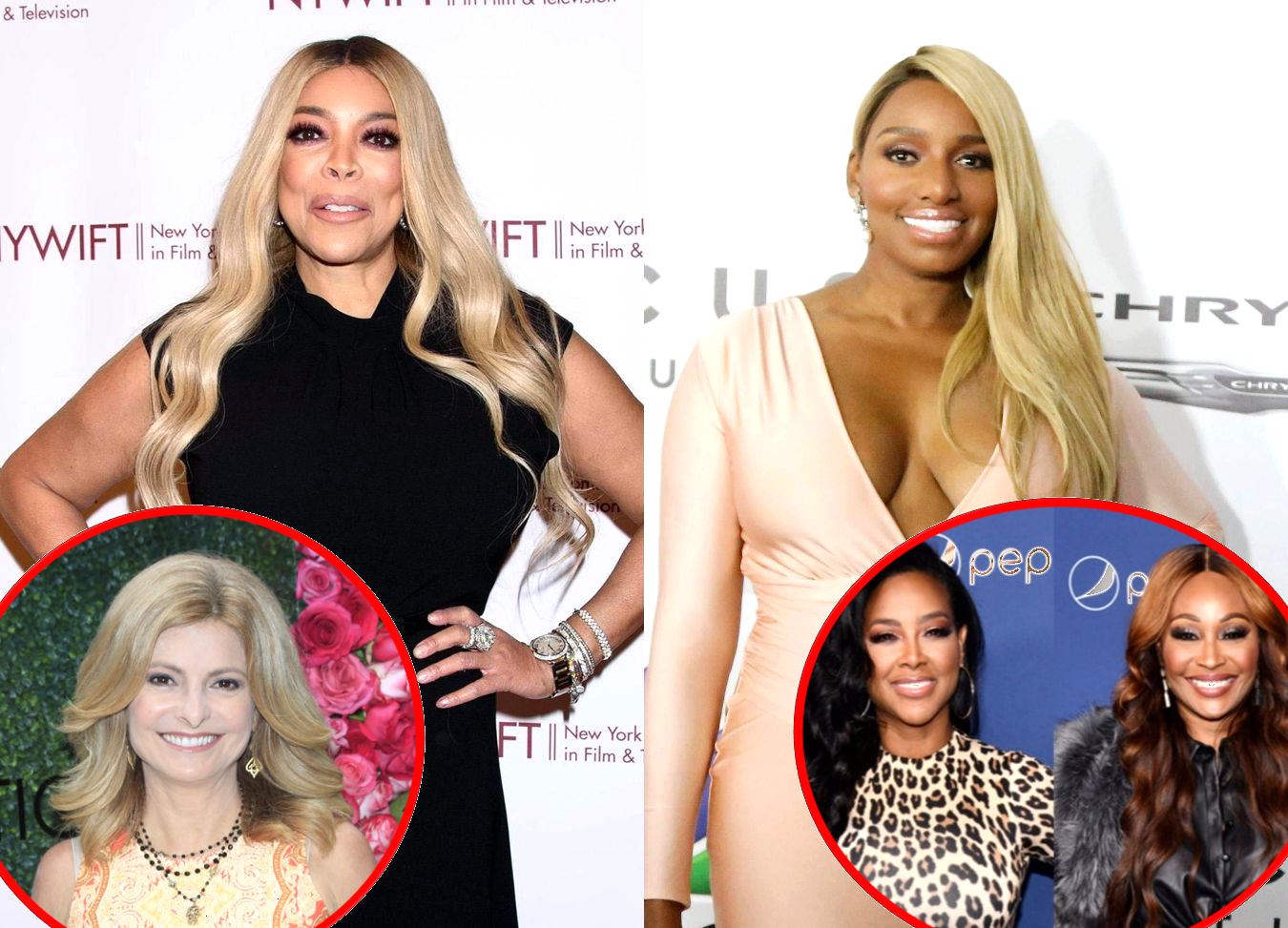 Wendy Williams is shedding some light on the reasoning behind Nene Leakes‘ hiring of attorney Lisa Bloom.

During a recent episode of The Wendy Williams Show, Wendy opened up about why the Real Housewives of Atlanta cast member sought legal aid as Nene was seen on social media slamming her co-stars, including Kenya Moore and Cynthia Bailey, as “bullies.”

“Hiring Lisa Bloom, attorney at law, is not about [Nene’s] professional life with the Housewives. It’s not about her personal life with her family. It is about the side hustle,” Wendy revealed.

After Nene confirmed the hiring of Lisa last week on Instagram, it was rumored that she may have been planning to sue Bravo due to her portrayal on RHOA season 12. But according to Wendy, that is not at all the case.

“Whether it’s a wig line, a clothing line, fashion, acting goals… Nene told me she’s had a lot of meetings in the past several that seemed absolutely perfect with sumptuous food, five-star restaurants, big Hollywood talk, and then nothing culminates from the meetings,” Wendy continued. “And Nene doesn’t know… ‘Well, why was everybody so delightful and all of the sudden I hear nothing?’ So that’s why Nene hired Lisa… to get to the bottom of outside of the Housewives and her personal life business and that side hustle.”

In other RHOA news, Nene targeted her co-stars on Instagram on Sunday night due to their behavior on the latest episode of season 12.

During Sunday’s show, Kenya appeared to ambush Tanya Sam as she invited the “Cookie Lady,” named Shiana, to discuss the cheating rumors against Tanya’s fiancé of eight years, Paul Judge, who allegedly flirted with Shiana and told her he was single. While Cynthia wasn’t responsible for Shiana showing up, she was present during the lunch along with Eva Marcille.

Nene also spoke out against her co-stars on Twitter.

“There’s a lot of things that other people can do that I CAN NOT DO for some reason but if y’all can’t see that, the WHOLE table was a group of MEAN GIRLS EATING COOKIES….2 words, YOU BLIND,” she tweeted.

Then, when a fan suggested Kenya was “out of line” and said Cynthia has been “messy” throughout season 12, Nene suggested Cynthia has always been messy.