Bravo Stars Nene Leakes and Reza Farahan React to Stassi and Kristen’s Firing From Vanderpump Rules, Nene Calls Out the Network as More Stars Speak Out 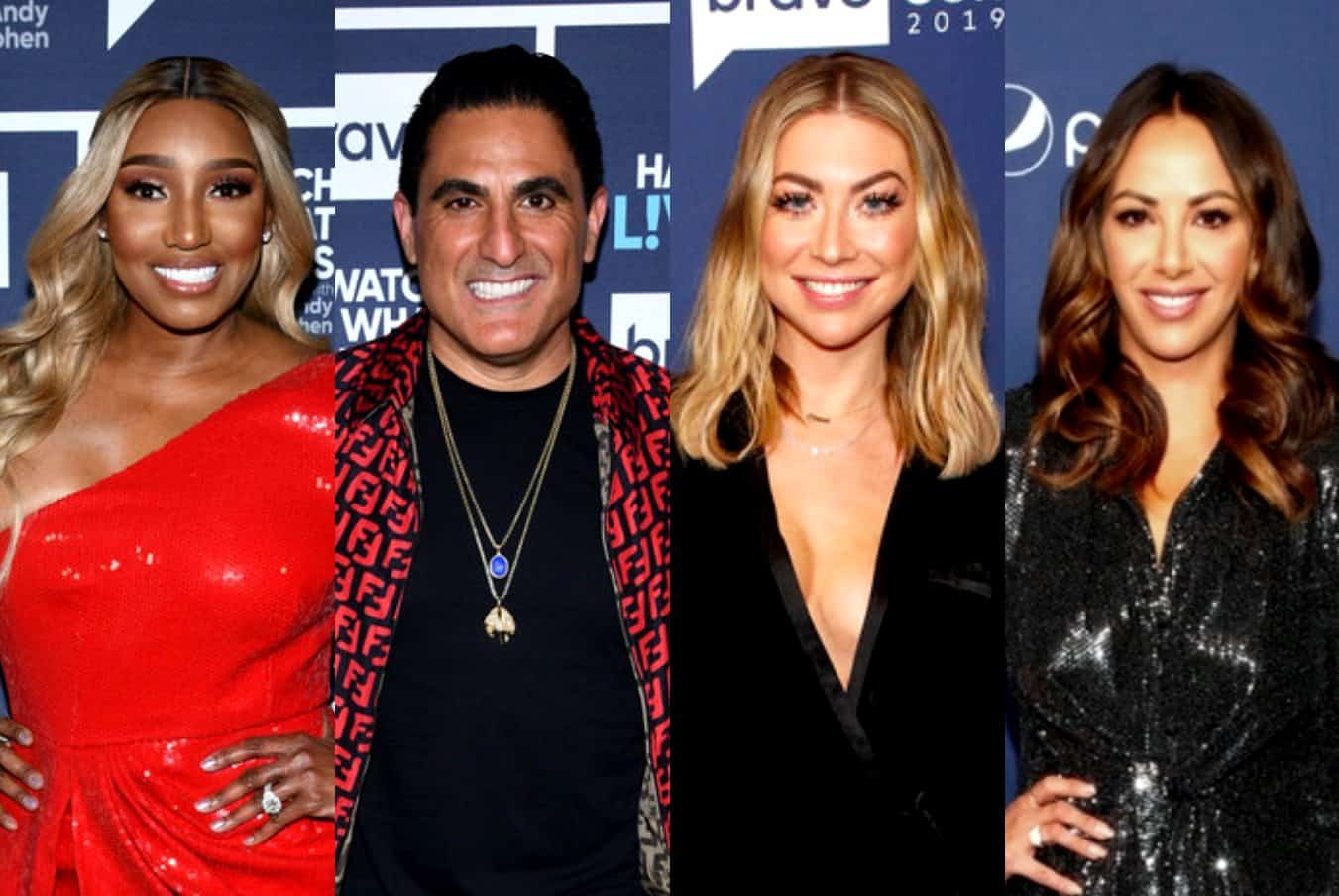 Several Bravolebrities are reacting to the firing of long time Vanderpump Rules cast members Stassi Schroeder and Kristen Doute (plus newcomers Max Boyens and Brett Caprioni) over past racist comments and controversial behavior.

On June 9, the Bravo network shocked the Bravosphere by releasing a statement on Instagram confirming the departure of the four cast members.

Several reality stars, such as The Real Housewives of Atlanta stars Nene Leakes, Porsha Williams, and Kenya Moore, all showed their support, with Porsha responding with the clapping hands emoji “????????” and Nene and Kenya weighing in with their thoughts on the matter.

“Well alright then! Now we have a few more questions to ask about in other areas where there’s a major difference. Should we talk privately or publicly ????” Nene commented, perhaps alluding to the ongoing rumors alleging she might be planning to sue the network.

“This is a great step as well but I Think it would be helpful to accompany these terminations with a thorough explanation as to why they were let go,” wrote Candiace. “Especially given the fact that their racial indiscretions took places months, and in some cases years ago and they were allowed to keep their jobs. Having an honest conversation about why BRAVO is choosing not to associate with people who display implicit and explicit racial biases needs to be a part of the conversation if pop culture leaders (like my network) are going to help heal the wounds of racism in this country.” 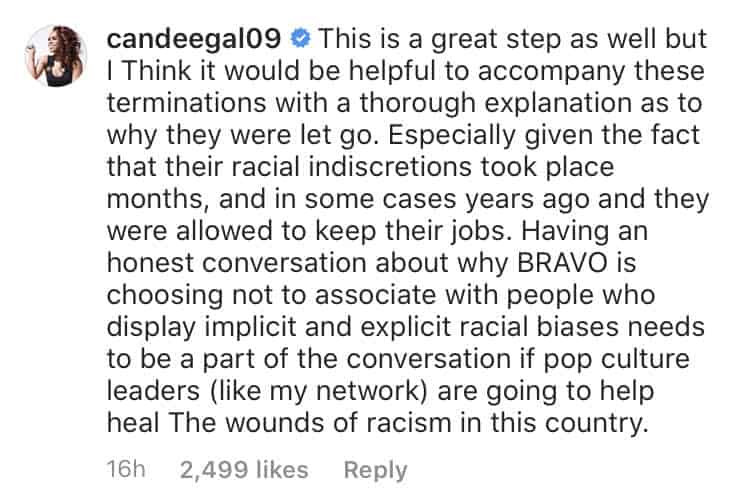 “Thank you!” exclaimed Wendy. “The next step should be for @bravotv to create a working group comprised of Black talent from @bravotv and executives to co-create a shared vision of inclusionary practices to ensure equity within the workplace. #BLACKLIVESMATTER.”

Other Bravolebs gave their two cents, like Shahs of Sunset‘s Reza Farahan commenting with the praise hands emoji “????????” in support.

Reza also shared a video on the issue and spoke about Black Live Matters.