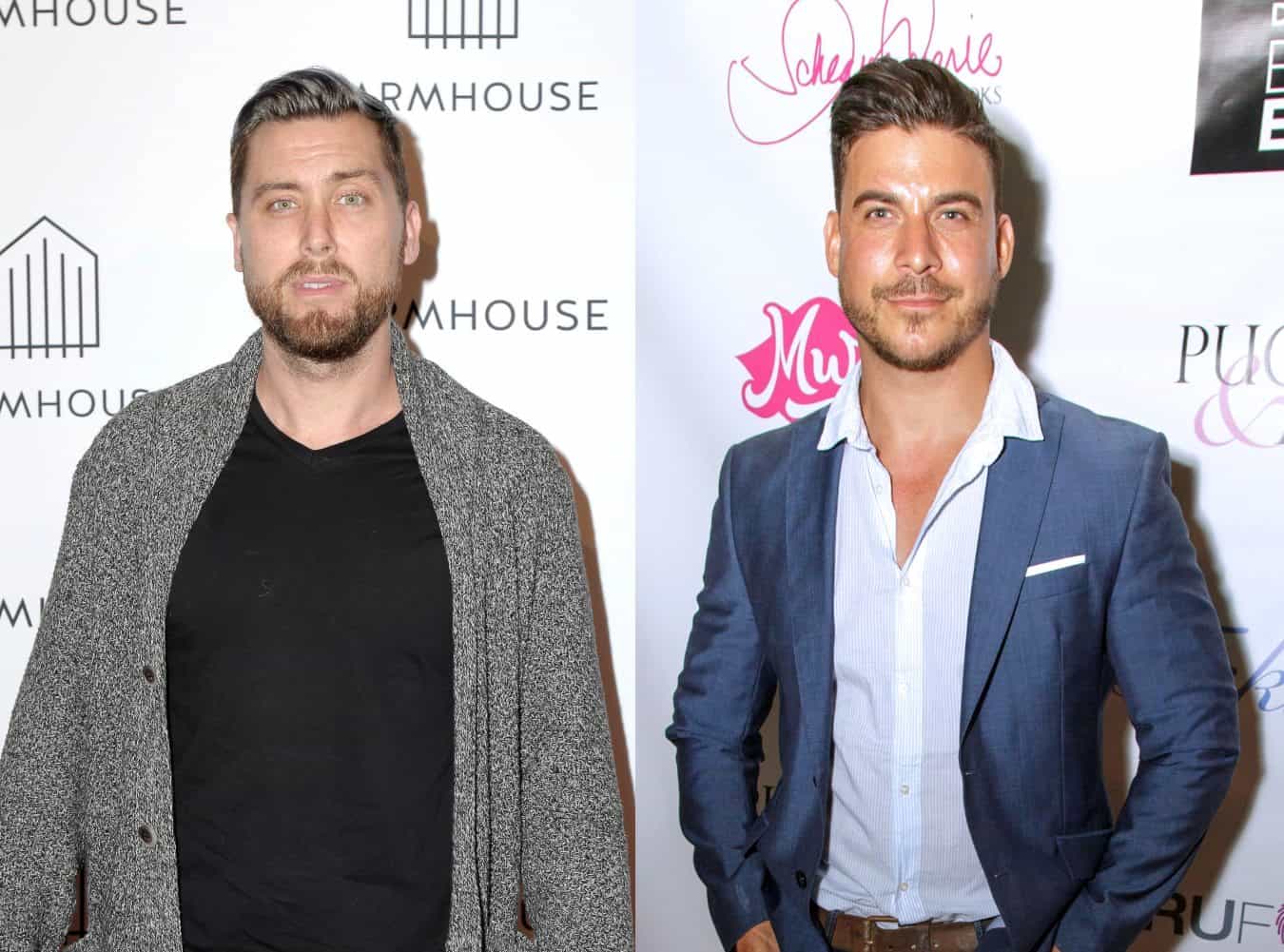 On an episode of his podcast, the former NSYNC singer and close friend to Lisa Vanderpump discussed the recent firings of Vanderpump Rules cast members and reflected on Jax’s “ignorant” antics, suggesting he may be the next to go.

The drama between Lance and Jax started last week after Lance stated he had severed ties with the reality star professionally.

“He’s stepping down from Just Add X, which, we have to. We can’t be involved and associated with any of this going down. We have to do the right thing,” Lance explained on his The Daily Popcast with Lance Bass podcast.

However, Jax’s rep told a different story, telling E! News in a statement on June 16 that Jax offered to step down from the company “in an emotional state” and the team “reassured and fully supported him.”

“It was decided that Jax would continue to stay on the team and that they all had his back given these unpredictable times,” the statement continued. “The statements from Lance on the podcast today are not only untrue but also extremely confusing and shocking to say the least. Jax is still very much a partner and founder of Just Add X and supports the team and the brand whole-heartedly.”

Now, Lance is stepping in to defend himself, taking to his podcast again to deny the idea that he was lying about anything.

“We’re getting a lot of hatred towards us because of our involvement with Jax,” said Lance on his podcast, then referencing Jax’s publicist’s statement. “The publicists and managers get involved and lawyers and threw the biggest wrench in everything and basically said I was lying.”

Lance continued by telling the truth of the situation and how he tried to explain to Jax what made his past comments inappropriate.

“You wanna know what really went down? I do not think Jax Taylor is a racist or a homophobe and I’ve said that millions of times. I would not be acquainted with someone if I thought they were a racist or homophobe. It doesn’t make sense,” Lance stated. “We’ve known Jax for a long time and we’ve always said he’s the lovable douchebag. He says the stupidest things.”

Lance went on to explain how he went into business with the Pump Rules star after he witnessed him turn his life around on the show, but he started to change his mind as Jax’s ignorant ways reared their ugly head yet again.

“But then this season started airing and he started reverting back to the same crap he was spewing,” Lance continued. “I obviously have not heard anything racist come out of his mouth. I hear tweets. Never heard him say a racist thing.”

Lance’s husband Michael Turchin interjected by noting the allegations made by 90 Day Fiancé star Ashley Martson, who shared that Jax made fun of the size of her black husband’s nose — a gesture with historically racist connotations.

The 41-year-old then noted that Jax’s “downfall” is his team who continue to let him off the hook. He definitely didn’t appreciate Jax’s team calling him a liar, either.

“If you’re going to put yes people around you, you’re going nowhere. We are all ignorant. It’s how you deal with it and how you learn from it, that’s what people want to see,” he stated. “Sorry this got dramatic, but I have to defend myself. When somebody calls me a liar, I have to tell you what happened.”