Home Vanderpump Rules PHOTOS: Pregnant Stassi Schroeder Reunites With Kristen Doute and Jax Taylor as She Celebrates 32nd Birthday After Being Fired From Vanderpump Rules Amid Allegations of Racism, Receives Birthday Wishes From Brittany and Scheana

PHOTOS: Pregnant Stassi Schroeder Reunites With Kristen Doute and Jax Taylor as She Celebrates 32nd Birthday After Being Fired From Vanderpump Rules Amid Allegations of Racism, Receives Birthday Wishes From Brittany and Scheana 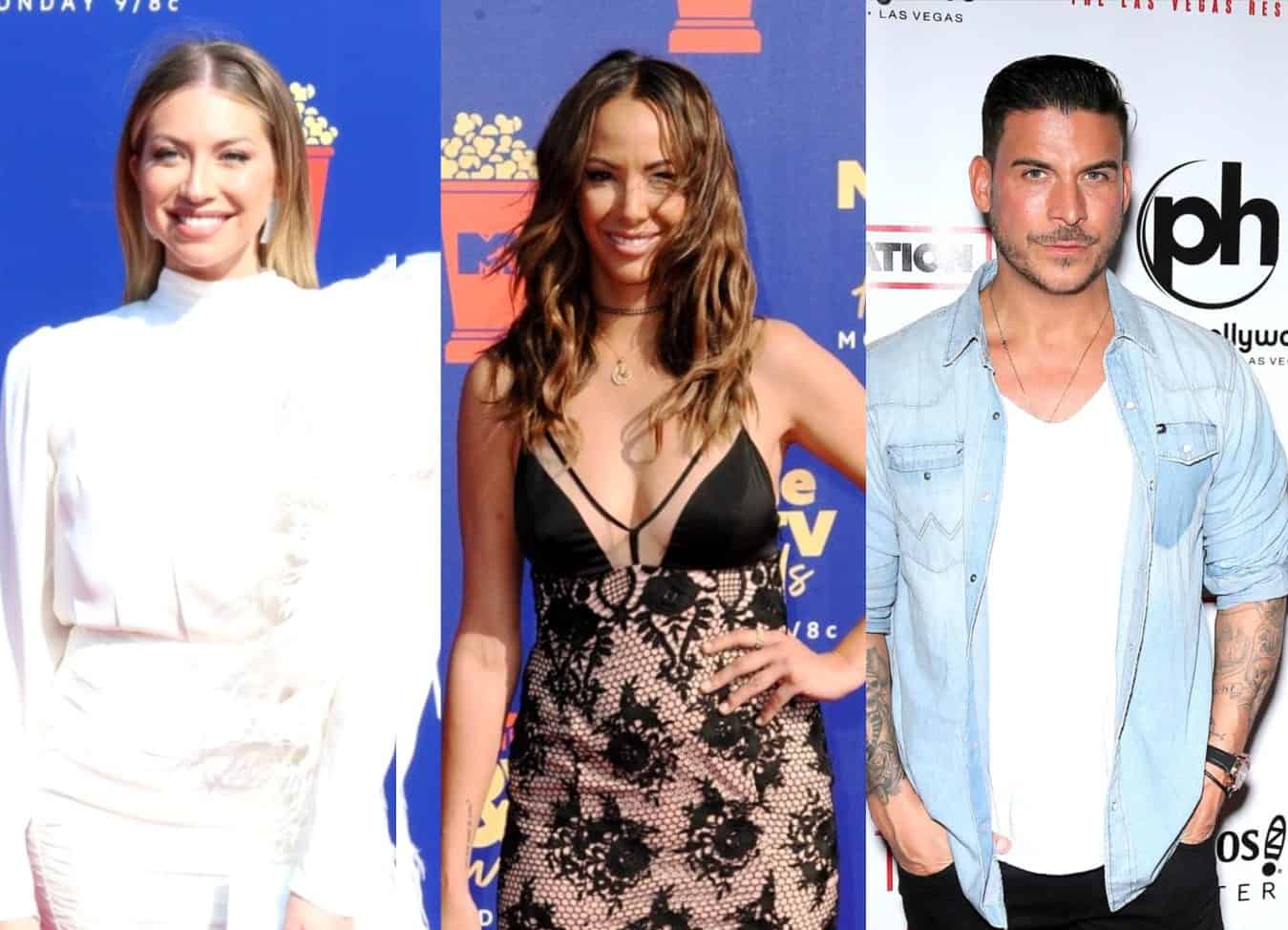 Stassi Schroeder reunited with a couple of her former Vanderpump Rules co-stars on Wednesday to celebrate her 32nd birthday with fiancé Beau Clark.

Weeks after being fired from her full-time position, along with Kristen Doute, Max Boyens, and Brett Caprioni, due to allegations of racism, the pregnant Stassi was seen enjoying a special get-together with Kristen, Jax Taylor, and other friends as Brittany Cartwright and Scheana Shay sent birthday wishes to her on their Instagram Stories.

In a photo taken outside of the June 24 event, Beau was seen carrying a paper bag with a bouquet of flowers out to his and Stassi’s car as she draped her growing baby bump in a loose-fitting strapless dress. 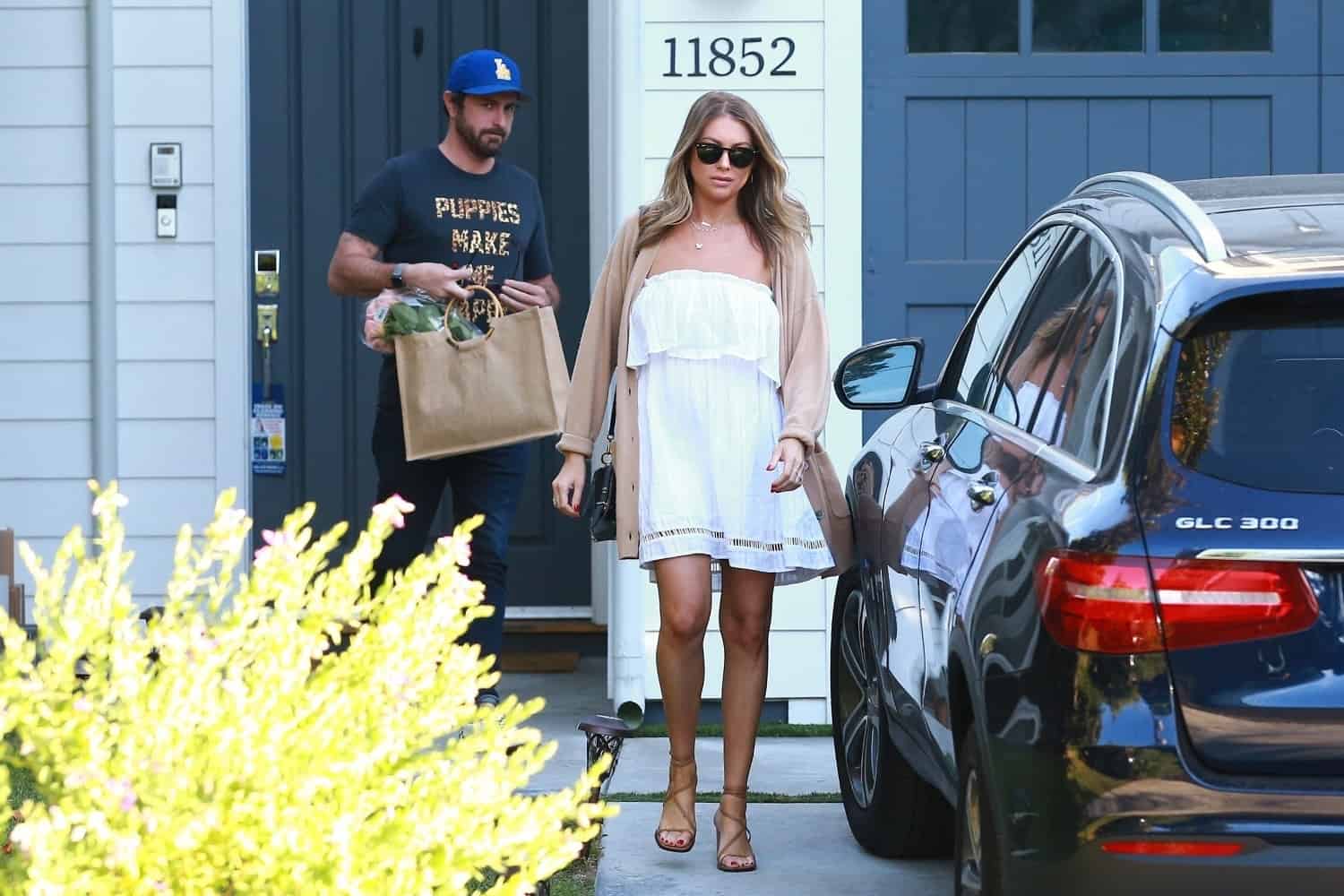 Stassi Schroeder and fiancé Beau Clark are seen leaving the home of a friend after celebrating her 32nd birthday with Kristen Doute, Jax Taylor, and other friends. Credit: CPR/D.Sanchez / BACKGRID

Also outside of the bash, Kristen and her boyfriend, Alex Menache, were seen making their way to their car after celebrating the special day of her on-again, off-again bestie, who she appears to be back “on” with after a messy feud on Pump Rules season eight. 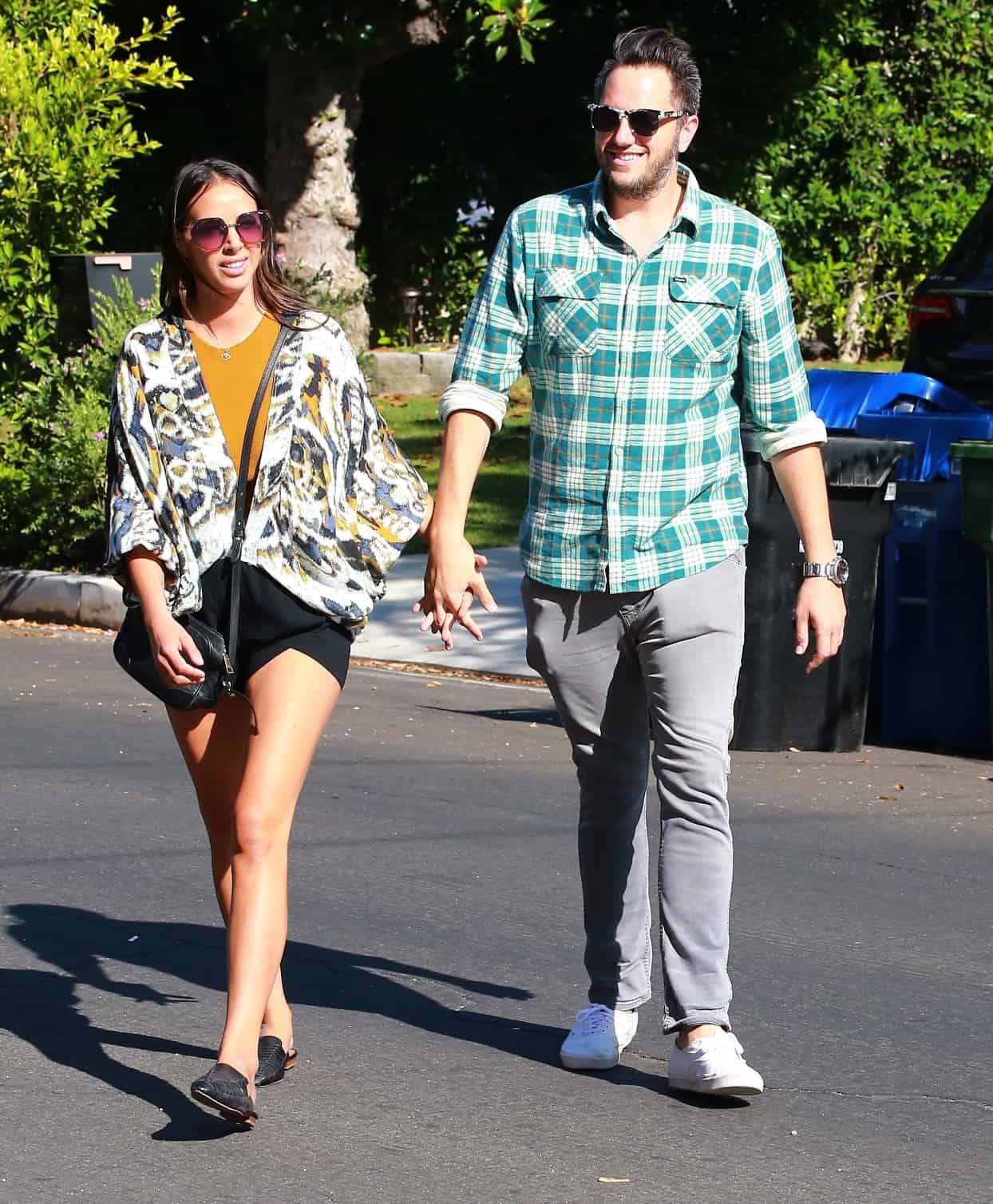 Jax was also seen spending time with Stassi on her 32nd birthday as his wife, Brittany, remained in Kentucky, where her mother, Sherri Cartwright, is in the midst of a health crisis after a bladder surgery gone wrong. 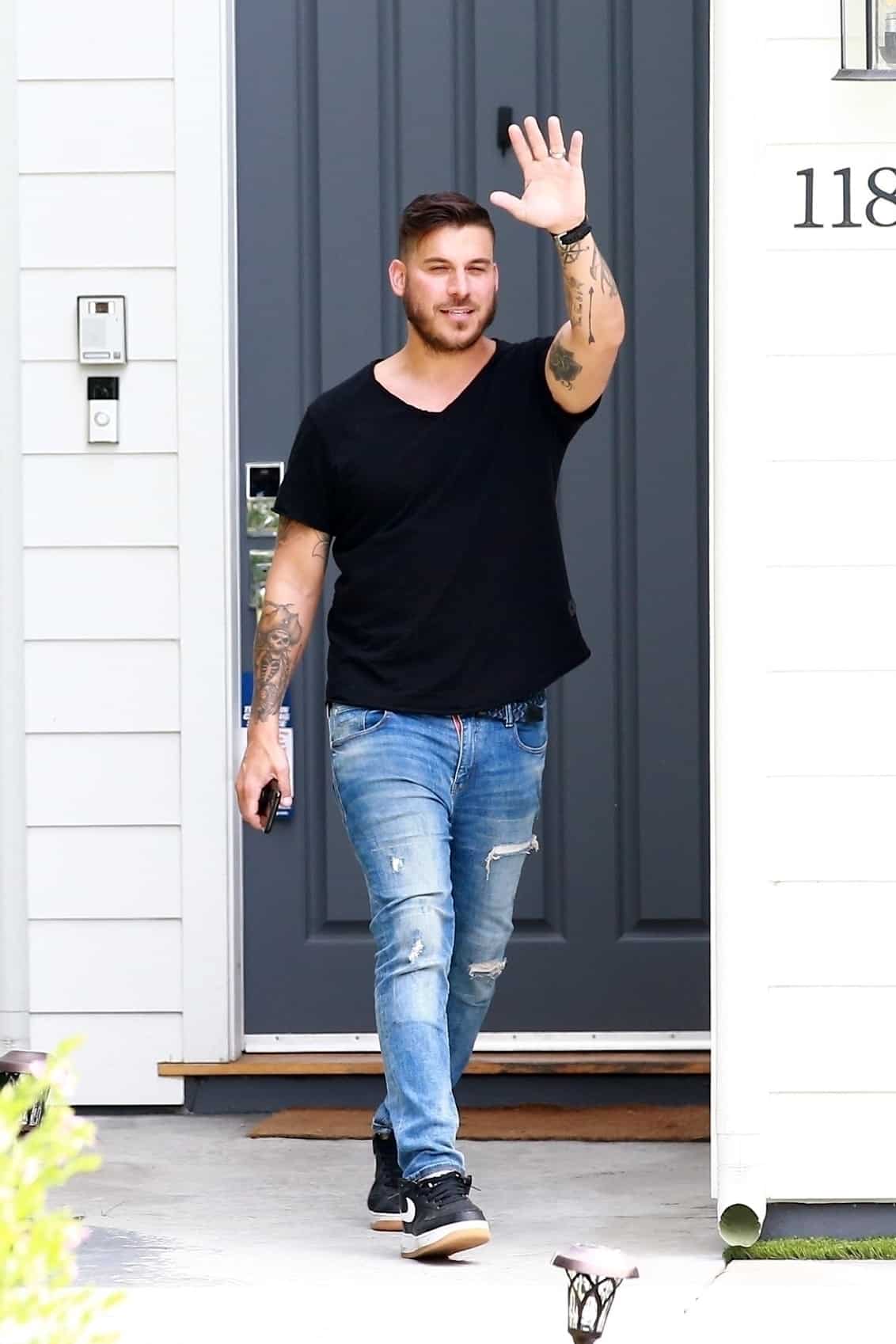 While Brittany couldn’t be present to celebrate, she sent a sweet message to Stassi on her Instagram Stories, which read, “Happy Birthday!!! & I can’t wait to spoil your baby girl.” 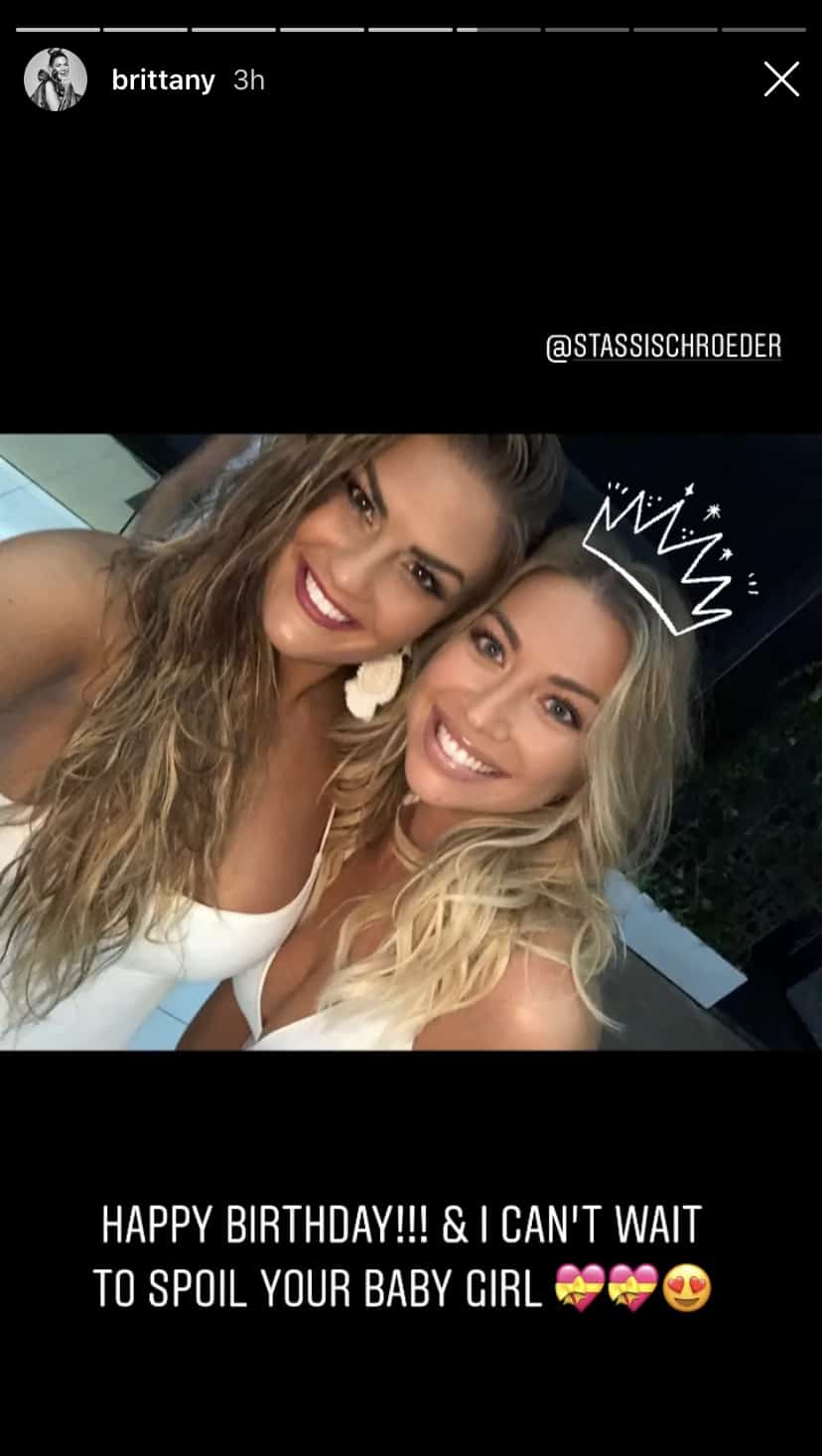 Also on Instagram, Scheana shared a throwback photo of herself and Stassi in honor of her birthday. 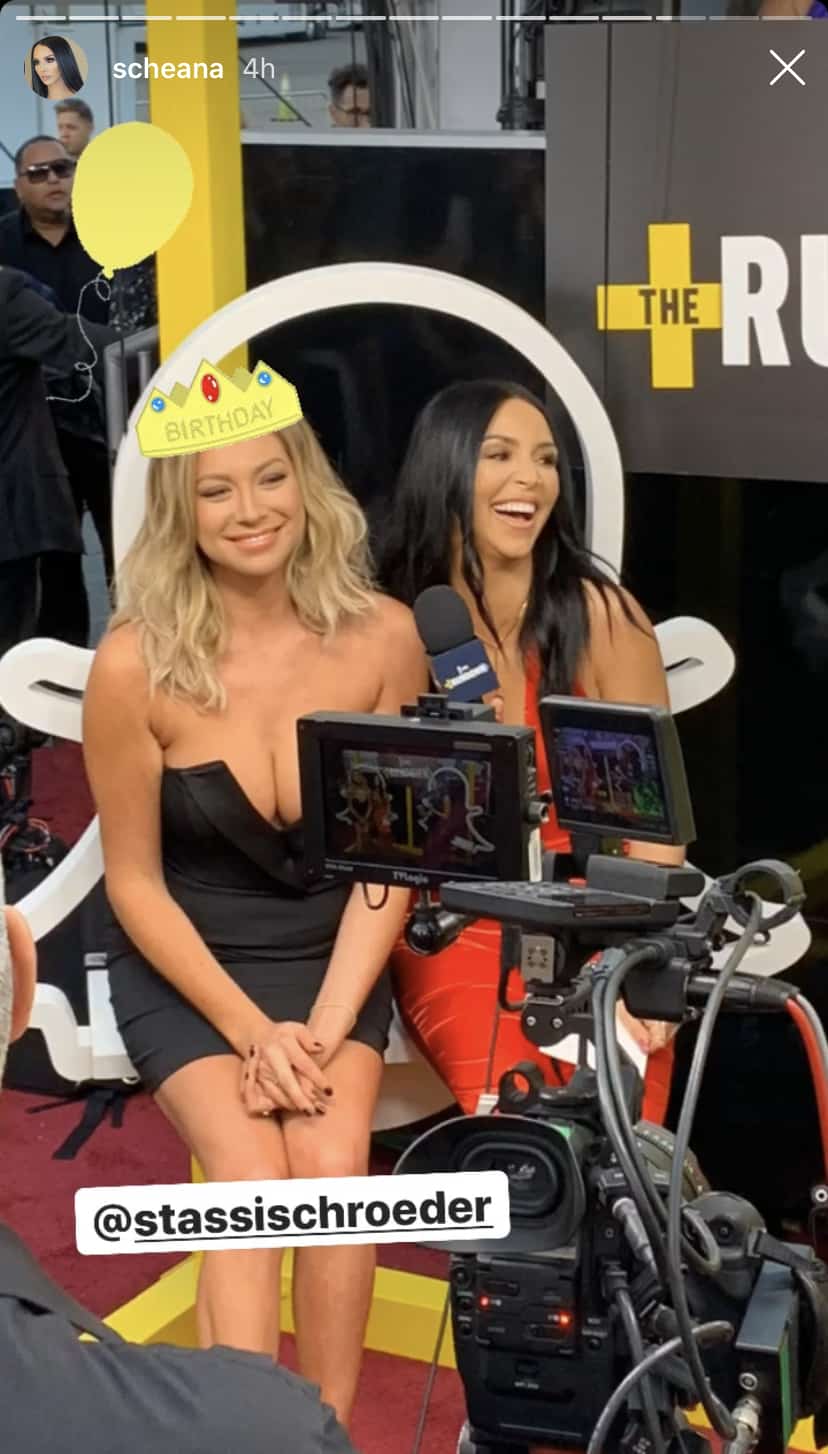