Home Vanderpump Rules Kristen Doute Calls Out “Cancel Culture” After Being Fired From Vanderpump Rules, Suggests Bravo’s Decision Takes Away the Value of Learning and Progressing

Kristen Doute Calls Out “Cancel Culture” After Being Fired From Vanderpump Rules, Suggests Bravo’s Decision Takes Away the Value of Learning and Progressing 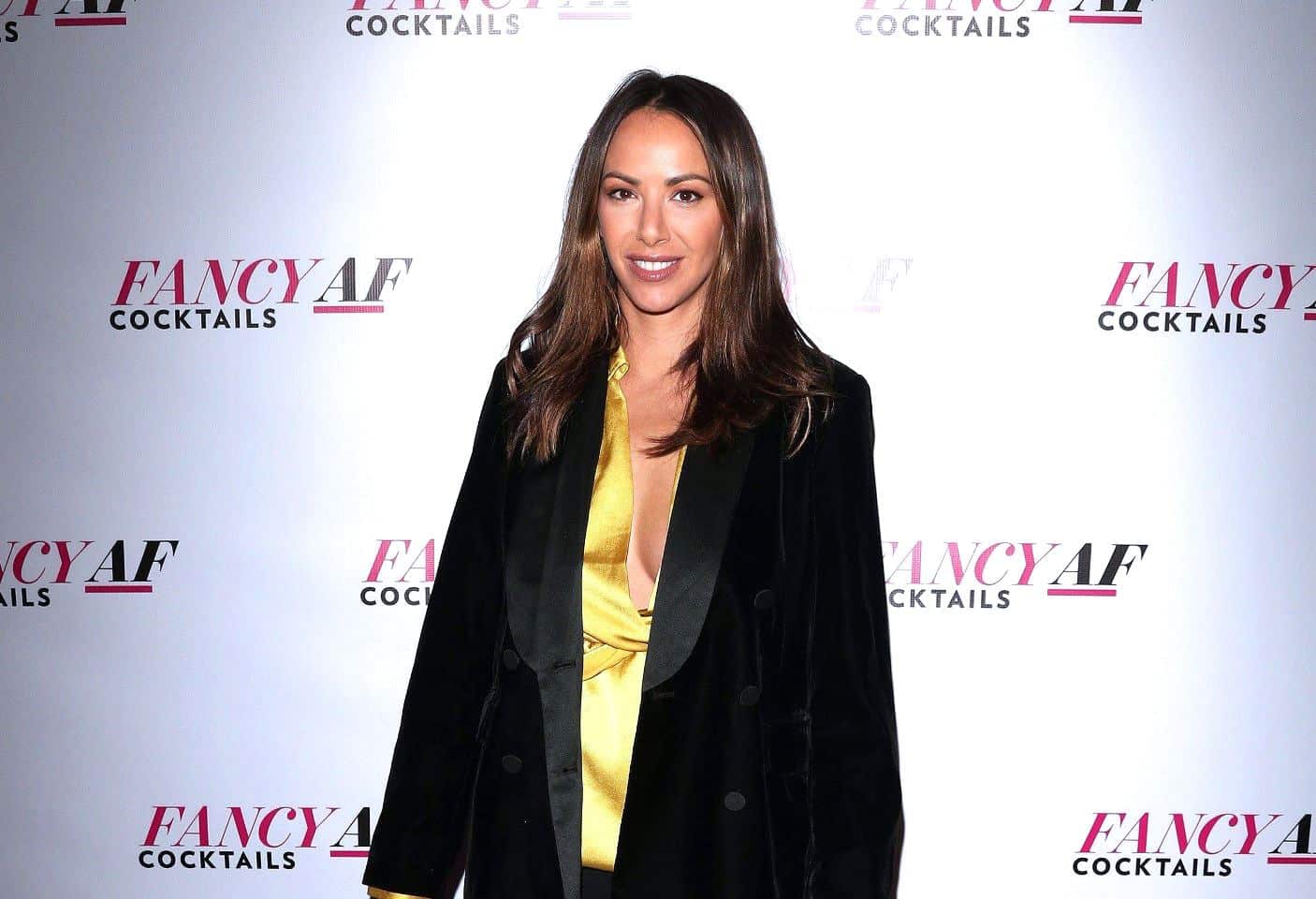 Kristen Doute took to her Instagram Stories to call out “cancel culture” with a telling video.

Weeks after Bravo fired her from Vanderpump Rules due to past allegations of racist behavior, Kristen posted an interview Jameela Jamil did on The Daily Show in which she suggested that people should be given second chances when they make mistakes and be allowed to grow.

“The thing that we are sometimes searching for in our society is moral purity and we’re just never going to find that,” Jameela told host Trevor Noah in the clip. “All you can find is progress and not perfection and so that’s what we should all be striving towards.”

“If we completely cut people down every time they show their ignorance or they make a mistake or they have a mistake from 10 years ago, then people are going to feel there is no value in learning or progressing whatsoever because you’re punished forever for the sin that you no longer stand by. So if you haven’t done irrevocable harm, I think you should be allowed the opportunity to learn and grow and do better,” she continued.

According to Jameela, she was given a second chance after she exhibited signs of problematic thinking, and because of it, she was able to educate herself and get to a place where she uses her platform to help others who have been marginalized.

“Thank God I didn’t get canceled because I got better,” she explained. 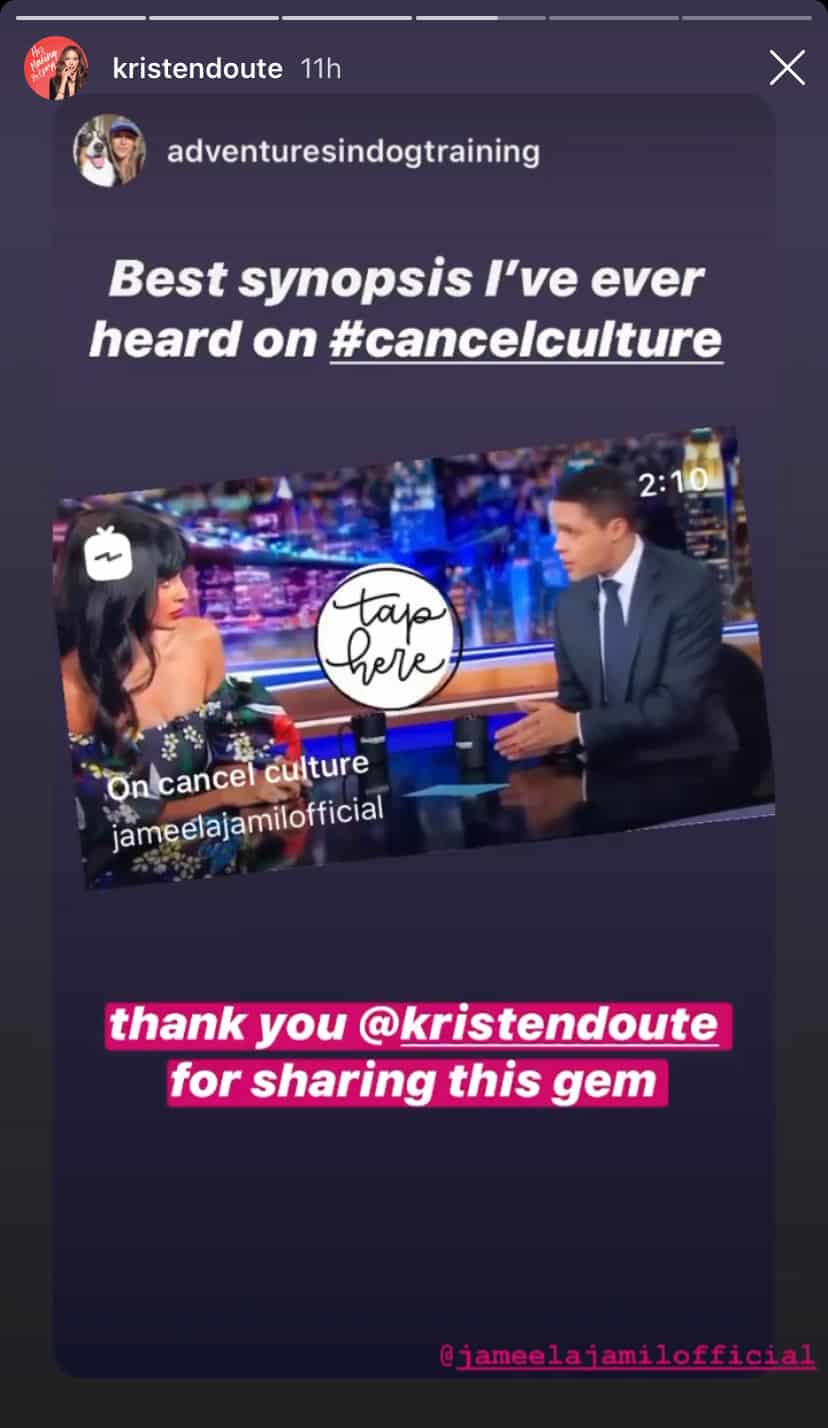 Kristen offered an apology to her fans and followers, and to Faith Stowers, earlier this month after Faith opened up about the mistreatment she received at the hands of Kristen and some of her former Pump Rules co-stars. Faith recalled how Kristen and Stassi called the cops on her and falsely accused her of being a woman wanted by cops for robbing and drugging men.

“Although, my actions were not racially driven, I am now completely aware of how my privilege blinded me from the reality of law enforcement’s treatment of the black community, and how dangerous my actions could have been to her,” Kristen wrote.

“It was never my intention to add to the injustice and imbalance. I’m ashamed, embarrassed, and incredibly sorry. I will do better. I have to do better,” she concluded.