Sarah Paulson Mocks Lisa Vanderpump’s Social Media Fans, Doubles Down on Claims That Ex-RHOBH Star Wasn’t “Nice” to Her During Encounter, Admits Lisa Didn’t Know Who She Was 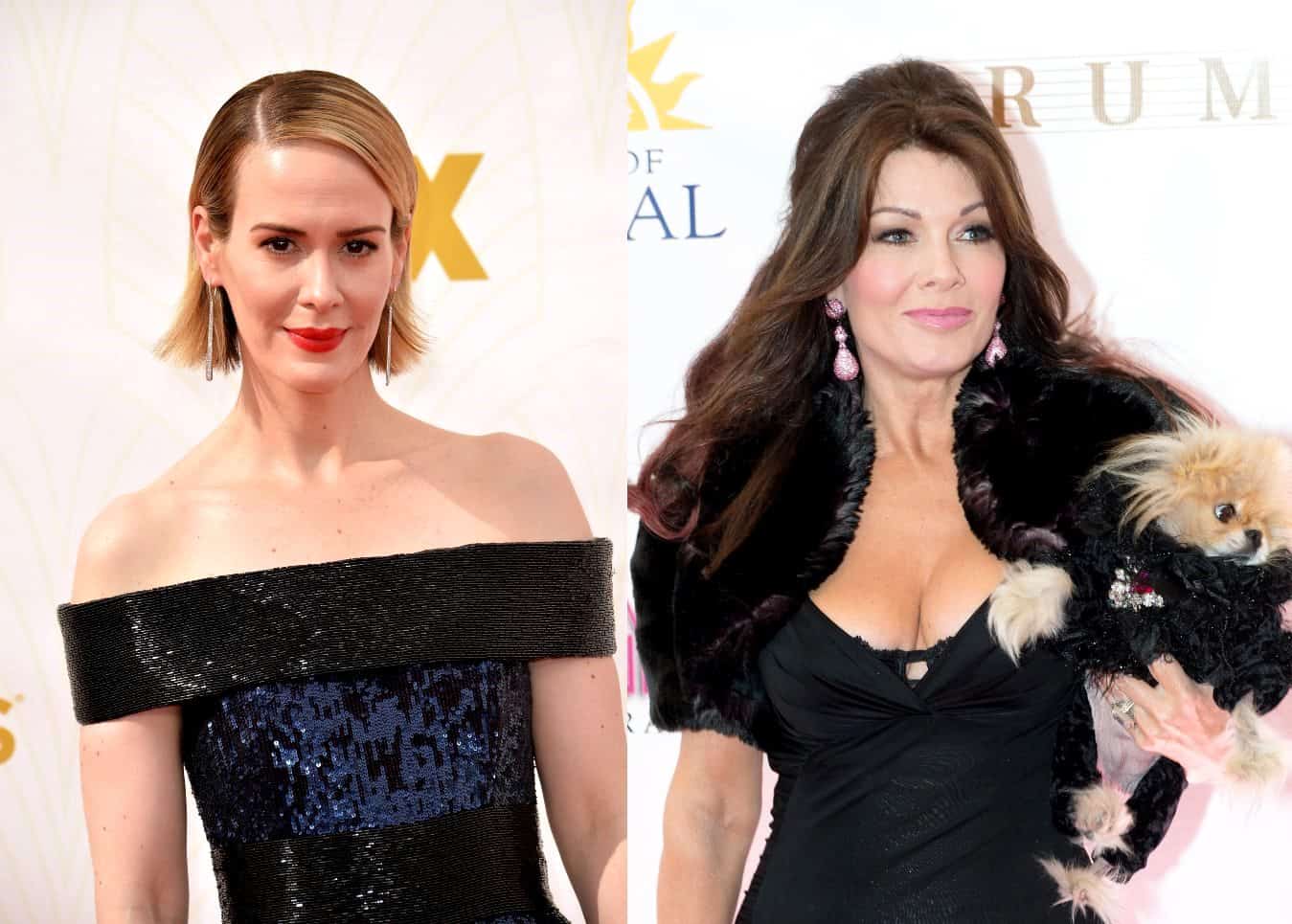 Sarah Paulson appeared on Thursday night’s “At Home” edition of Watch What Happens Live. While there, she opened up about her feud with former Real Housewives of Beverly Hills cast member Lisa Vanderpump.

Months after Sarah told Vanity Fair that Lisa “wasn’t that nice” to her when they came face-to-face at a Family Equality Council event in March 2015, Sarah again said, during her interview with Andy Cohen, that Lisa wasn’t friendly to her. Then she mocked the Twitter fans she encountered after making her initial statements about Lisa in October of last year.

“It’s that thing where I’m a bit of an idiot in the sense that when I was having that lie detector test they truly strapped everything around me. The guy was sitting there and I felt somehow that if I didn’t answer the question properly that they were going to call me out anyway,” Sarah explained of her Vanity Fair interview.

“Listen, bless the fans, bless the people who have her back, that’s great. But there’s a kind of vitriol that was like, ‘Wow, I didn’t say she was a terrible person, I simply said she wasn’t that nice to me.’ She wasn’t. And that’s okay. It’s not a character assassination. It’s just… she wasn’t that friendly,” the actress continued.

According to Sarah, Lisa did allow her to hold her dog, Giggy, which seemed to trigger Lisa’s supporters.

“A lot of people peppered my Twitter feed with like, ‘But you… she… the dog! She doesn’t let anybody touch Giggy!'” Sarah recalled. “I probably grabbed the dog out of her hand. But I was with other people that I think she liked and she didn’t know who I was. I didn’t expect her to know who I was. But I just… she wasn’t that nice.”

During Sarah’s lie detector test with Vanity Fair, she was asked about the future of RHOBH following Lisa’s exit from the series.

“You know, I don’t want her coming after me on Twitter, but I won’t miss her. I miss the dynamic she brings to the group, which is, you know, the fear of God she instills in everyone,” Sarah replied.

Sarah then said that she met Lisa at a party and said she wasn’t nice.

“Am I going to get in trouble for that? She wasn’t that nice,” Sarah stated.

After the interview, Lisa accused Sarah of attempting to “sully” her reputation on Twitter.

“I think before somebody tries to sully your reputation, they should be specific, when where and what was said,” Lisa explained.