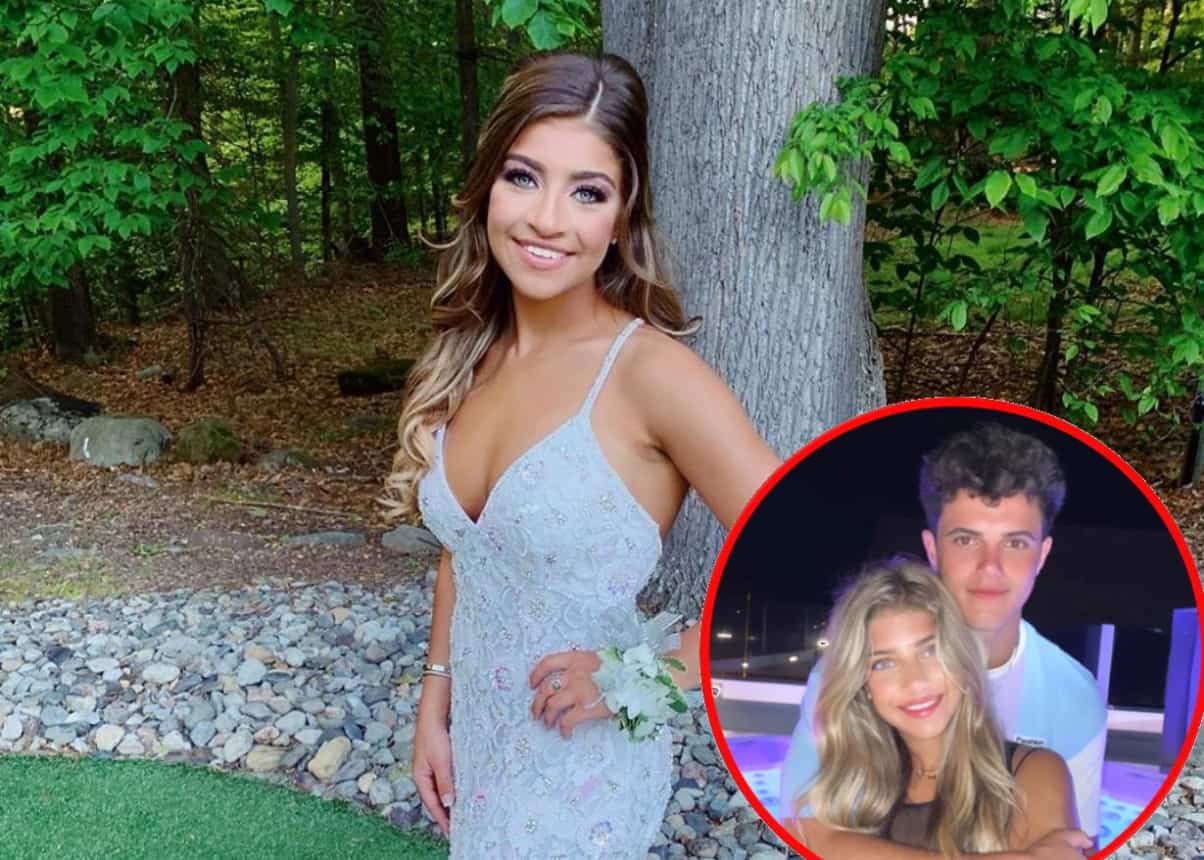 Gia Giudice didn’t only get a new nose in 2020 — she also got a new boyfriend.

On Monday, while spending time at the Jersey Shore, the oldest daughter of The Real Housewives of New Jersey cast member Teresa Giudice took to her Instagram page and showed off her new man, Christian Carmichael.

“Summer nights w u,” Gia wrote along with a blushing emoji in the caption of her July 20 photo, which was taken during a visit to Ortley Beach, New Jersey. 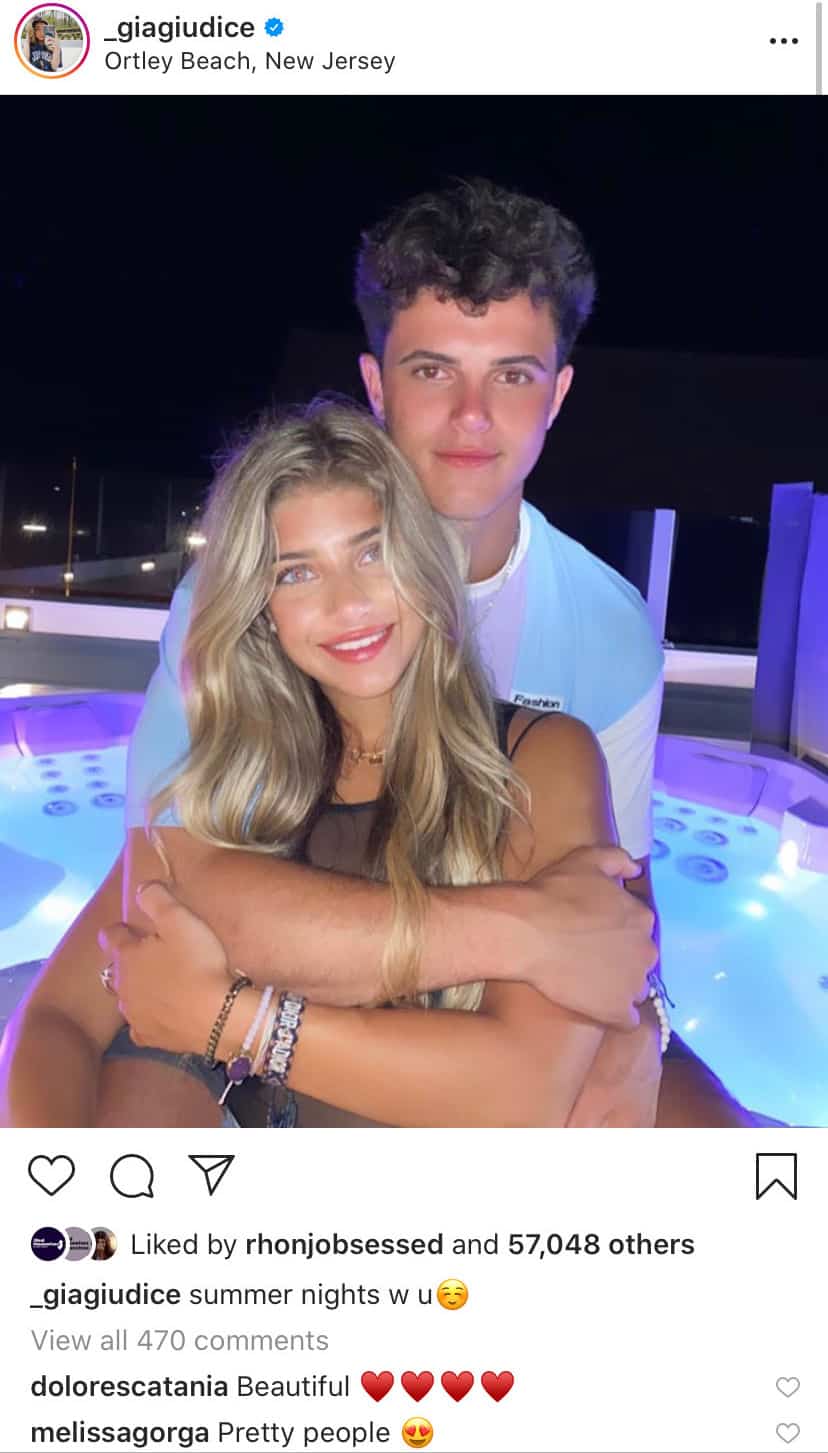 Following the post, a couple of Teresa’s RHONJ co-stars weighed in on Gia’s new romance.

While Gia’s latest Instagram post served as her first with Christian, he shared a photo of the two of them weeks ago as they celebrated the Fourth of July at her aunt Melissa’s vacation property.

“Look at this gem,” Christian wrote in the caption of the image. 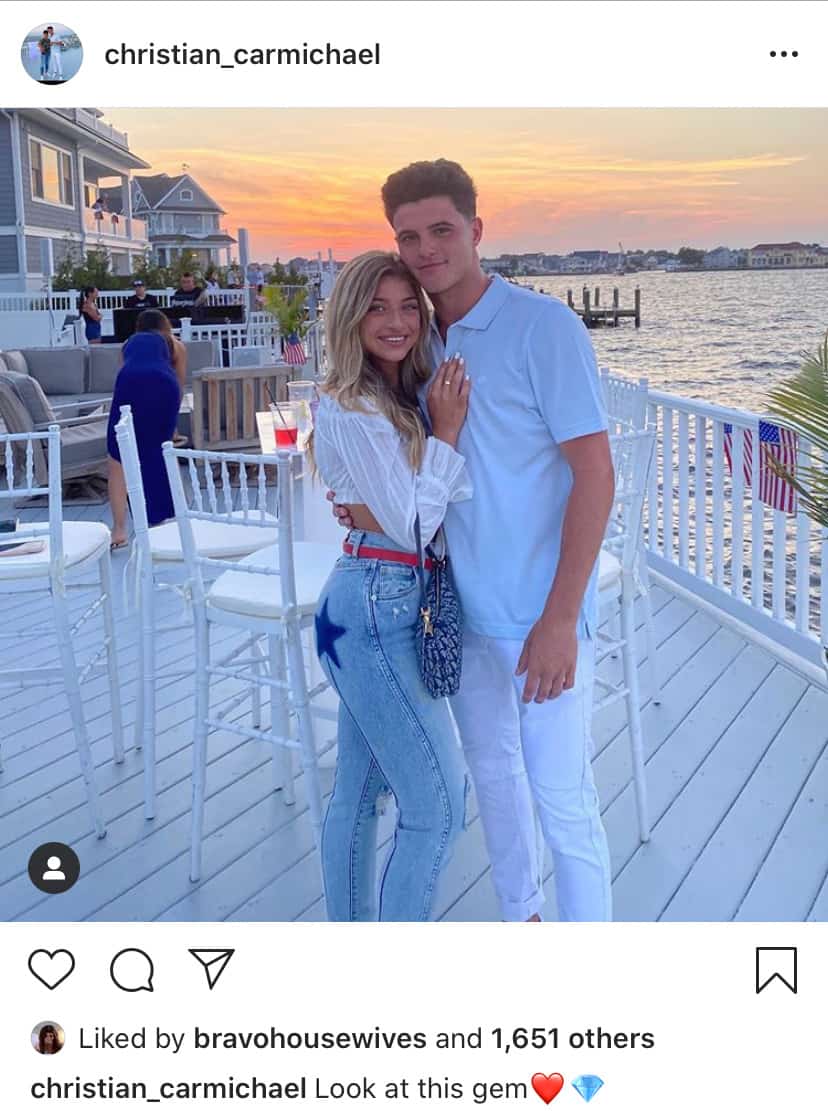 As fans of RHONJ may recall, Melissa threw a huge Fourth of July bash earlier this month, and during the waterfront get-together, Gia shared a slideshow of photos with her fans and followers, none of which included Christian.

“Always a good time. Happy fourth of July,” she said.

Although fans were “shipping” for a romance between Gia and Frank Catania Jr., Dolores’ son, after the two of them went to prom together last year, he revealed earlier this year that Gia was in a new relationship.

“I’m not mad at all. As long as she is happy and he treats her right, I am happy for her,” Frank Jr. told Page Six in March. “At the end of the day, she’s my friend, and if something was to happen in the future with us — time will tell.”

The Real Housewives of New Jersey cast is expected to reunite for filming on season 11 sometime this month.