Home Real Housewives of New Jersey News RHONJ to Resume Filming on July 20 as Teresa Giudice’s Storyline is Revealed, Will New Person Be Added to Cast? Plus Joe is Missing Daughters and Planning for Reunion 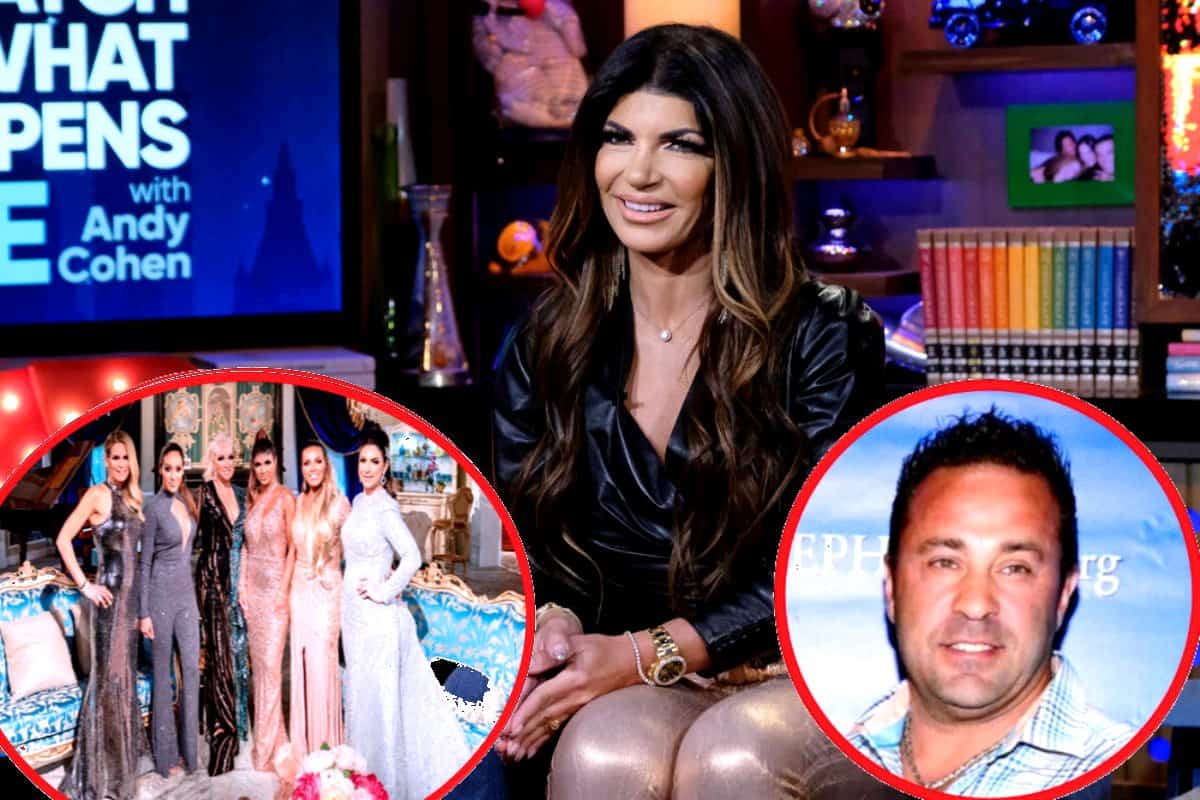 The Real Housewives of New Jersey is set to resume filming next month just as Teresa Giudice is officially moving on from ex Joe Giudice.

The RHONJ star is reportedly dating again, and the main focus of her story line for season 11 will be about her love life post-divorce from her ex.

“Teresa’s new storyline will be all about moving forward and moving on with her life, and a large focus of the show will be about how amazing she’s doing,” a source told Hollywood Life on May 31.

Teresa revealed in the season 10 reunion how she’s definitely interested in dating after separating from Joe, her husband of 20 years.

“You will definitely see her dating and she’s expressed she’s starting to feel ready. She’d like to find someone eventually to settle down with who’s older,” the source said. “The other ladies story lines are still being figured out. The show will heavily revolve around her during season 11.”

The new season is set to resume filming July 20 after being halted in March from the coronavirus outbreak. This left many uncertain about the future of production, including if a new woman will be added to the cast.

“The network is toying with the idea of adding someone else, but since they weren’t even one full week into filming, they haven’t decided yet. Some of them hadn’t even filmed together and very few scenes had been filmed,” the source explained. “They are talking to a few women though to see if they’d mesh, but it’s looking like the same ladies from next season only.”

The RHONJ ladies apparently received the call about filming this week, and everyone is feeling “excited and ready to go.”

Teresa’s estranged husband, Joe, however, may not be as excited, as he hasn’t seen his family since December 2019. In addition to his final deportation appeal being denied, Italy’s borders have been closed off to international travelers since mid-March due to the pandemic.

“Joe misses his girls and talks to them multiple times a day, often on FaceTime,” a source told Hollywood Life.

Despite the dissolution of their marriage and Teresa’s hot new dating life, Joe and Teresa reportedly keep up with communication, as “Joe is always calling them and Teresa, too,” the source revealed.

After completing his 41-month prison term in March last year, Joe has been living in his native Italy since last October after being released from custody by Immigration and Customs Enforcement.

“The girls cannot wait to visit Joe,” the source added, amid talks of reopening European borders for travel. “Before the outbreak happened, they were planning a trip to all meet up somewhere. The second that it’s safe for them to meet somewhere international, they will do that. They never intended to not see their dad for this long.”