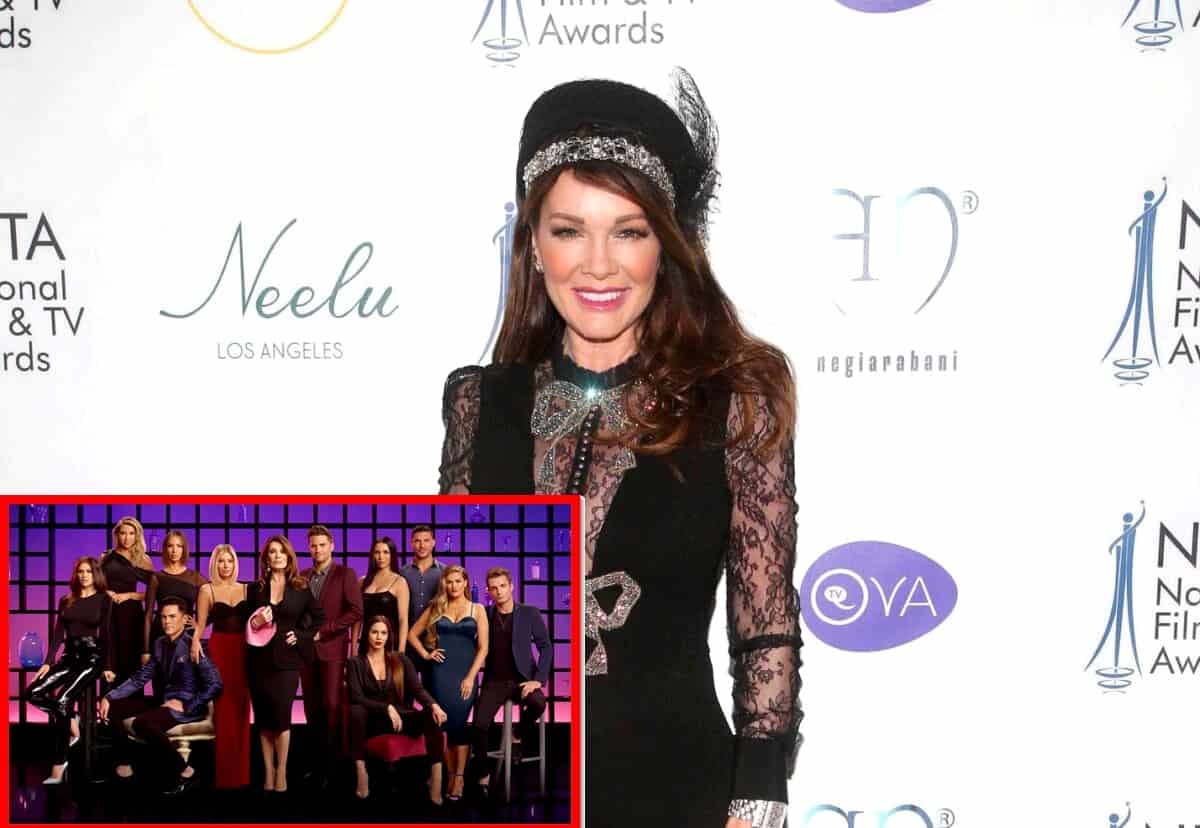 Lisa Vanderpump recently spoke about the apparent “lack of diversity” on Vanderpump Rules on Twitter.

Before reacting to the possibility of launching a new cooking spinoff with her daughter, Pandora Sabo, the former Real Housewives of Beverly Hills star responded to a couple of fans who were debating why Pump Rules is based around “mainly straight white people.”

“Question: Why the lack of diversity in the Vanderpump Rules cast? I mean it was mainly straight white people right? And is it coming back after all the firings?” the first fan wondered.

“They have hundreds of staff and are diverse, this particular cast was a group of friends and they were what they were,” another fan replied, giving a nod to the many restaurants Lisa and her husband, Ken Todd, own in Los Angeles and Las Vegas.

Then, after seeing the conversation, Lisa weighed in with a comment of her own.

“That is so true…also not everybody wants to be in the eye of the storm,” Lisa explained. 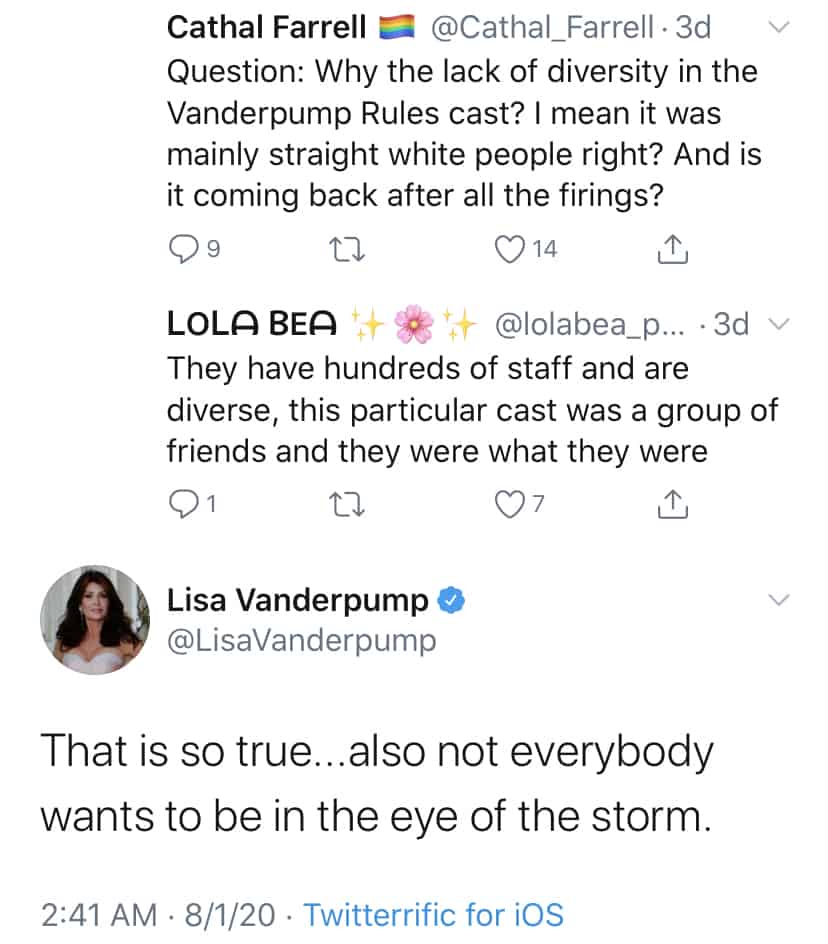 As Pump Rules fans well know, former cast member Faith Stowers said in June that she was actually brought to the show to add diversity to the cast. However, after appearing on the series’ sixth season, her contract wasn’t renewed.

Billie Lee, who is transgender, was seen in a “friend” position during the show’s sixth and seventh seasons but was not brought back for season eight.

While it was recently announced that Lisa has a new spinoff coming to NBCUniversal’s streaming service, Peacock, Lisa confirmed to another fan that a show with her daughter would be a fun idea.

“Any thought on you and Pandora doing a cooking show together?” the fan asked. “SUR and Villa Blanca inspired recipes and wine pairings, hosting & home decor tips, and that sort of thing? You are an inspiration and role model, your fans want to see more of you! Stay healthy and safe!! #please.”

“It would be a blast for sure,” Lisa agreed. 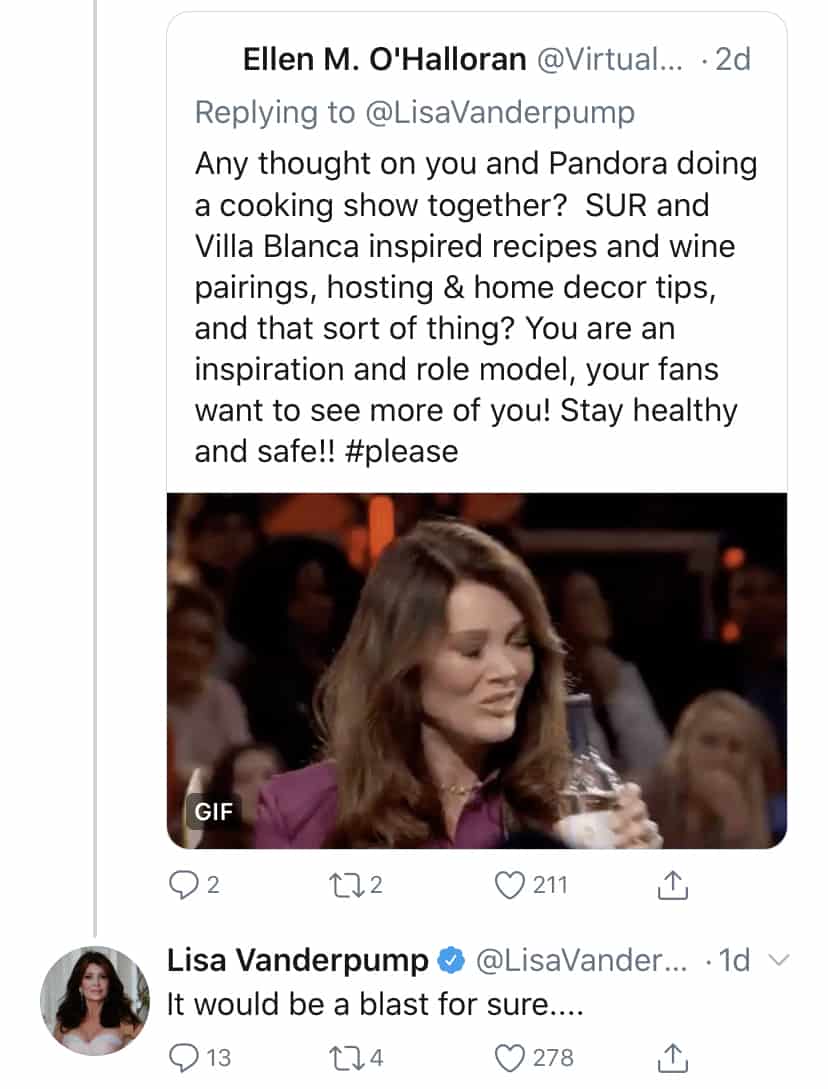 Following news of Lisa’s latest spinoff, Vanderpump Dogs, which is based out of her animal rescue center in L.A., Lisa reacted to the upcoming series on Twitter.

“Well good morning …I’ve known about this for months lol… Thought it was supposed to be secret, but apparently it’s announced!” Lisa wrote on the morning of the announcement.