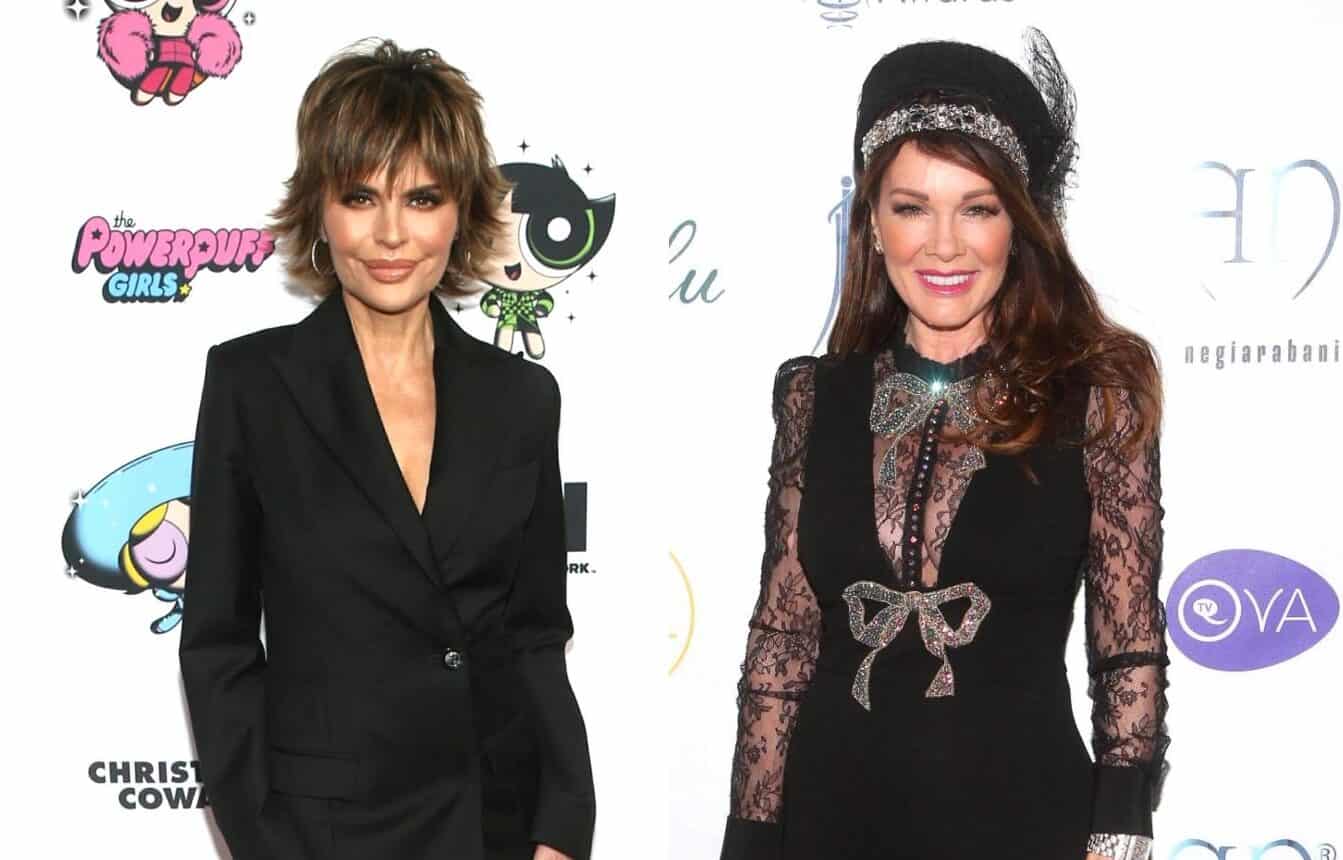 Lisa Rinna took aim at her former Real Housewives of Beverly Hills cast mate, Lisa Vanderpump, on her Instagram Stories this week by suggesting that Vanderpump used the ninth season of their Bravo reality series to launch her new spinoff series, Vanderpump Dogs.

Days after NBCUniversal announced that Vanderpump and the staff at her West Hollywood animal rescue center would be starring on a new show on their streaming service, Peacock, Lisa took to social media to call out Vanderpump for using RHOBH to launch the show before joking about a “Scissors Sisters” series featuring Denise Richards and Brandi Glanville.

On July 24, Queens of Bravo on Twitter shared screenshots of Rinna’s posts.

“I was right all along everyone lied to my face about this and here we are,” Rinna wrote in the caption of her first post, which included an article about Vanderpump’s new show.

“So Maybe you’ll believe me this time around,” she added. 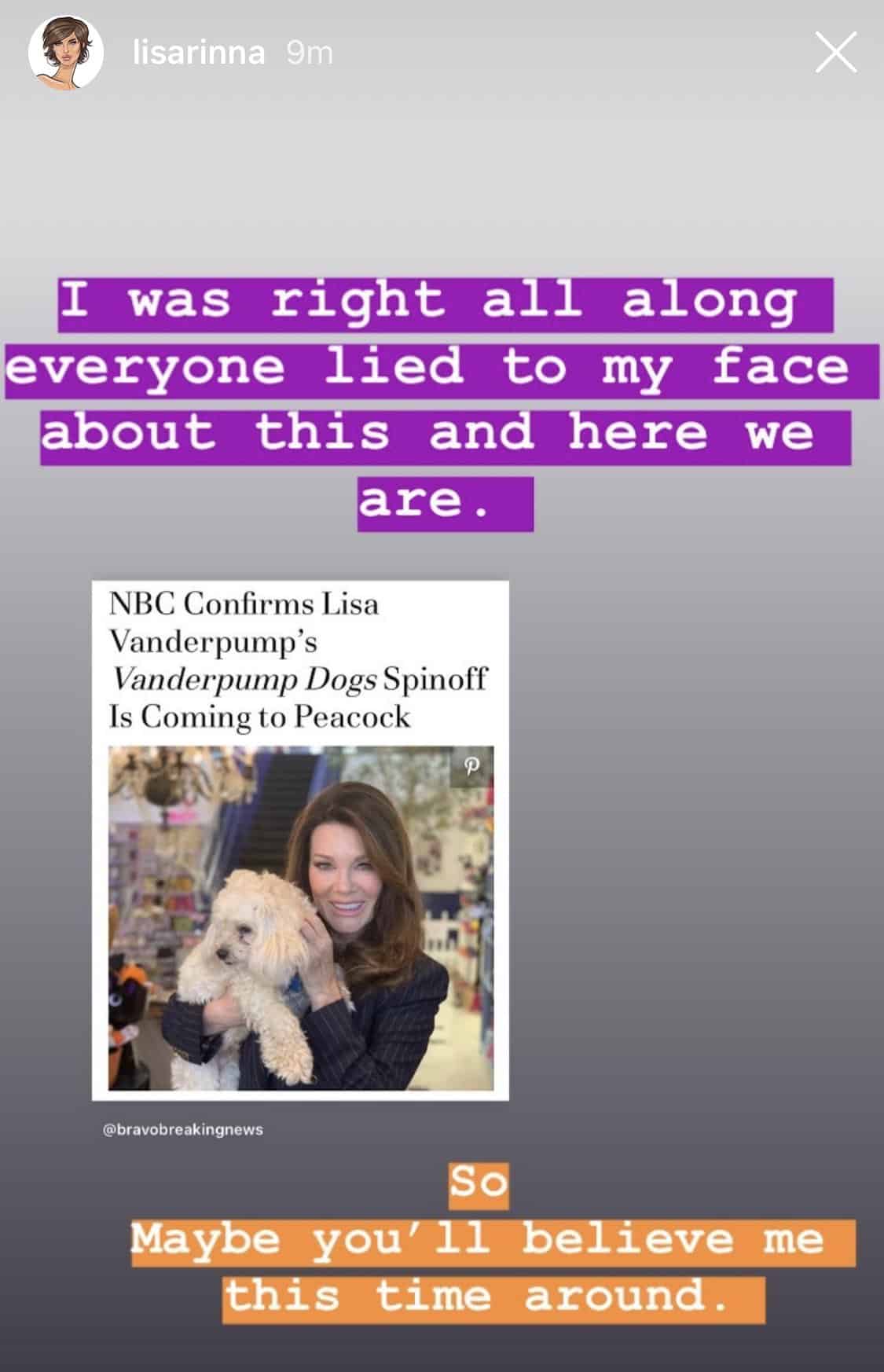 As fans of RHOBH will recall, Vanderpump’s former co-stars reportedly suspected that they had been used for a season nine storyline that seemingly set up Vanderpump Dogs shortly after the episodes were filmed.

“[They] felt used by the show’s producers,” an insider told Page Six at the time. “The cast of the show feel hurt and upset, especially [Teddi Mellencamp] and [Dorit Kemsley] who feel they have been thrown under the bus for nothing.”

During the season, Teddi claimed she had been encouraged to speak about the way in which Dorit had allegedly abandoned a dog she adopted from Vanderpump Dogs and once she did, the storyline became a major plot throughout the episodes that followed.

In Rinna’s second screenshot, she poked fun at Brandi’s recent revelation of having allegedly slept with Denise on two separate occasions and the way in which the drama between them has become the major plot of season 10.

“So I guess that means Brandi and Denise will get a [spinoff] called sci**or sisters,” Rinna shared, along with three laughing-while-crying emoji. 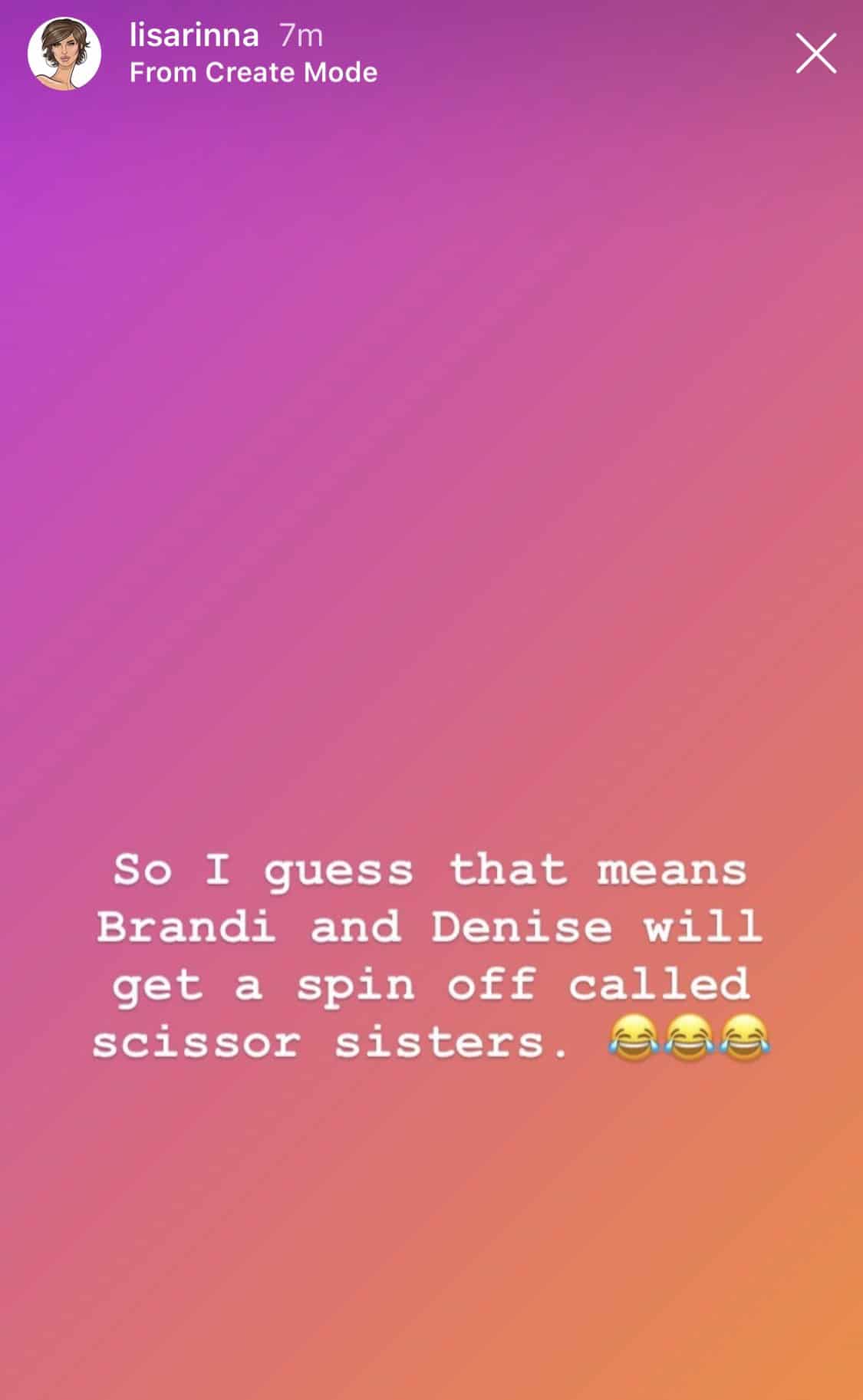