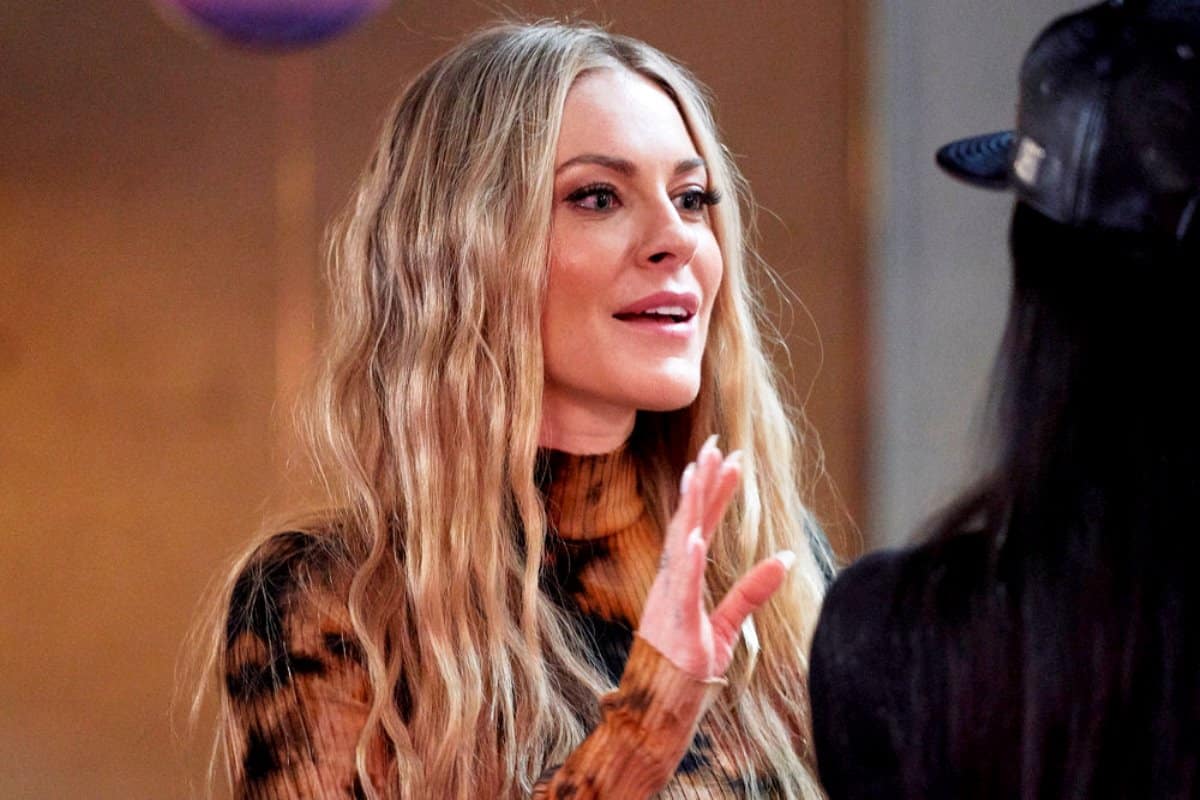 Leah McSweeney is opening up about her mental health.

After Ramona Singer was seen gossiping about her history of bipolar disorder on an episode of The Real Housewives of New York City, Leah revealed she was hospitalized for depression in 2016. Then, she explained that an episode of hypomania led to a bipolar 2 diagnosis, shared her coping mechanisms, and dished on how her struggles may have led to her Married to the Mob success.

In an interview published on August 3, Leah revealed that after struggling with addiction in her younger years and getting sober at the age of 27, she began having panic attacks and sought help.

“People dealing with addiction issues tend to get lumped in sometimes, and sometimes doctors don’t know exactly how to deal with them,” said Leah to Forbes.

After being put on two different psychiatric medications, Leah experienced a single episode of hypomania and was diagnosed with bipolar 2, which features the cycling moods of bipolar 1 without the full-blown mania.

“I wouldn’t even need to eat, like I was so thin that summer and…I would have so much energy, but the downside is there is going to be a crash afterwards,” Leah recalled.

Then, in 2016, Leah was hospitalized for depression. Looking back, Leah said that her five-day hospital stay was the best thing that could have ever happen to her because it introduced her to her current doctor, who took her off the medications she didn’t need to be on and put her on one single antidepressant that works.

In addition to taking her medication, Leah, who is nearly four-months sober, said she keeps herself in a good place by avoiding toxic relationships, getting a goodnight’s sleep, and staying active.

“Maybe someone else could be in a toxic relationship and not have it tear them apart, maybe some people don’t need that much sleep and they can feel great during the day, [or] some people don’t have to exercise…but, for me, I need to do all these steps and sometimes it sounds self indulgent, to be honest, a little bit, but, I need to do these things to make myself feel better and stay in a good place mentally, emotionally,” she shared.

Although Leah has dealt with plenty of downs due to her mental health struggles, she also believes she’s benefited from her illness in terms of her success with her Married to the Mob brand. As she noted, certain traits of bipolar 2, including impulsivity and risk-taking, are actually positives in the world of business.

While Leah didn’t appreciate the way in which Ramona spoke of her mental health on RHONY, and believes that when a stigma is created around the issue, it could scare people away from talking about their own struggles, she also said she hopes to “use [her platform] as an opportunity to help people.”

We all need to “try to take the stigma away from having depression [and] anxiety because people somehow think it makes you a weak person…and that’s not the case,” she explained.