Home Real Housewives of New York City News Ramona Singer Suggests She’s the Only One Without a Drinking Problem on RHONY as Sonja Morgan Responds, Plus Bethenny Confirms She is “NOT COMING BACK” to the Show

Ramona Singer Suggests She’s the Only One Without a Drinking Problem on RHONY as Sonja Morgan Responds, Plus Bethenny Confirms She is “NOT COMING BACK” to the Show 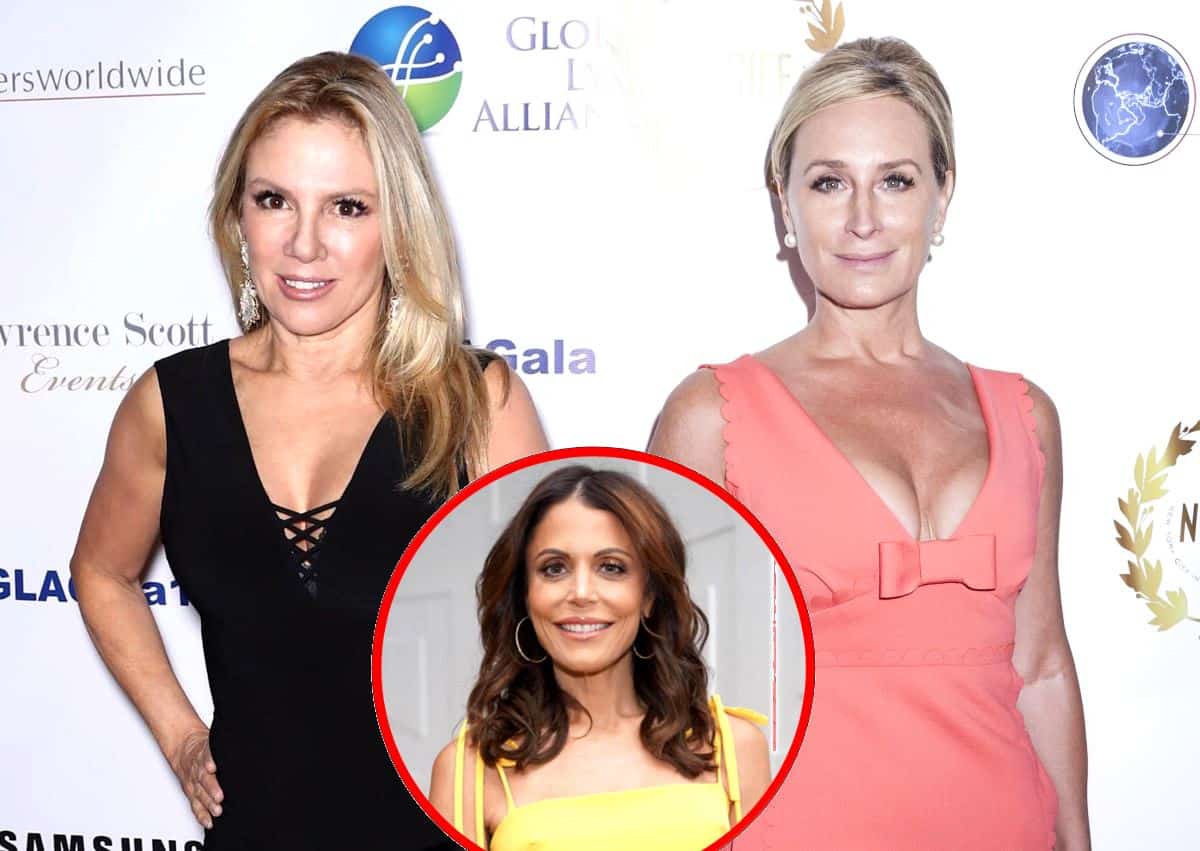 Ramona Singer took aim at the drinking habits of her Real Housewives of New York City co-stars in the comments section of one of her recent posts on Instagram.

As the women of the show continue to face some criticism and concern due to their often heavy drinking, Ramona posted a shady response to a fan who said she seemed to be the only one without a drinking problem as her co-star, Sonja Morgan, reacted to her comment and former cast member Bethenny Frankel shut down rumors of a potential return on Twitter.

“You seem to be the only one without a drinking problem,” the fan wrote on July 31.

“Appears that way,” Ramona replied, via a screenshot shared by Comments by Bravo on Instagram.

Following the diss, Sonja, who became quite intoxicated during Ramona’s birthday party on a recent episode of RHONY, reacted to Ramona’s comment by saying, “Hahaha,” and including a pink heart emoji. 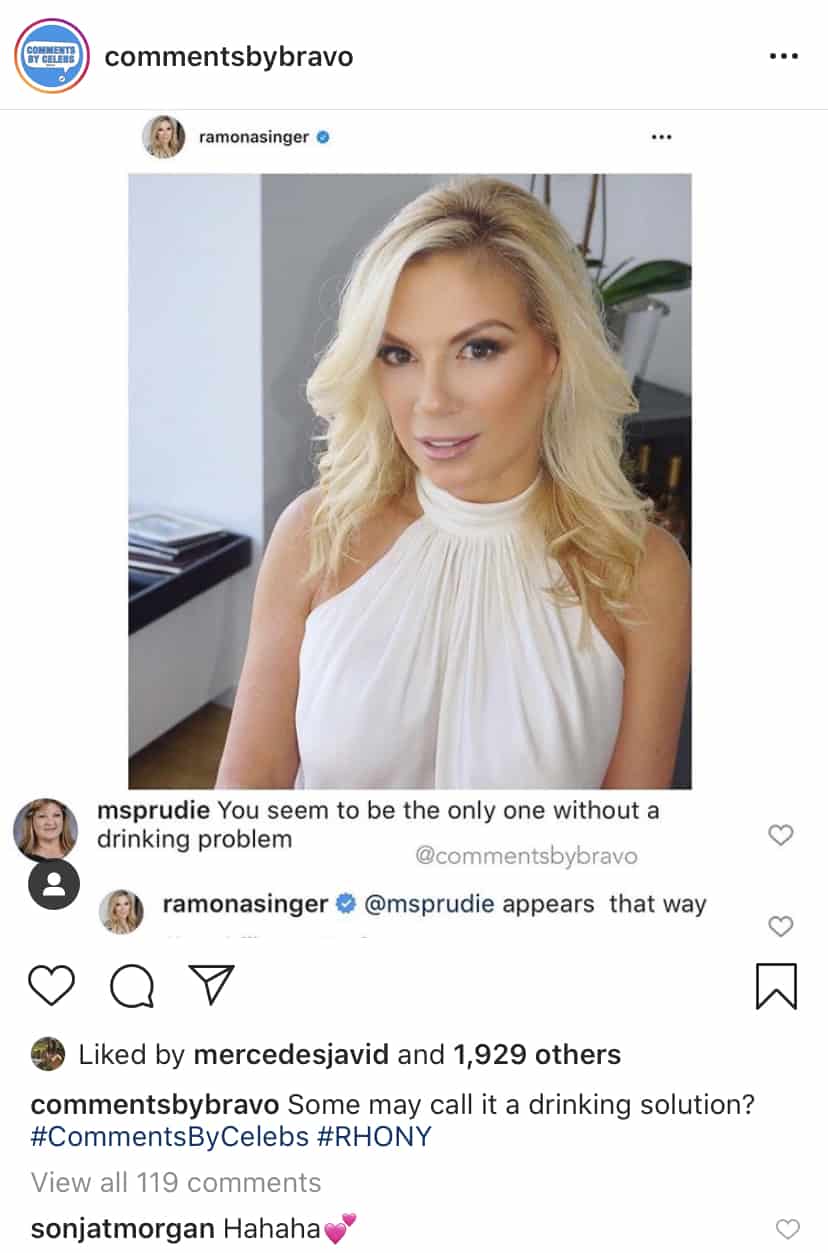 During an appearance on Australia’s The Kyle and Jackie O Show last month, Andy Cohen admitted that the drinking habits of the RHONY cast were “off the rails” and confirmed that their relationships with alcohol would be addressed later on this season.

“The good news is that they, they… It becomes a big topic of discussion as the season goes on because they’re all kind of in various stages of being off the rails,” Andy explained. “And so they actually start talking a lot about their relationship with alcohol and alcohol in the group.”

In other RHONY news, Bethenny, who quit the show last August, recently responded to a fan on Twitter who said the series needs her back.

“I AM NOT COMING BACK,” Bethenny replied. 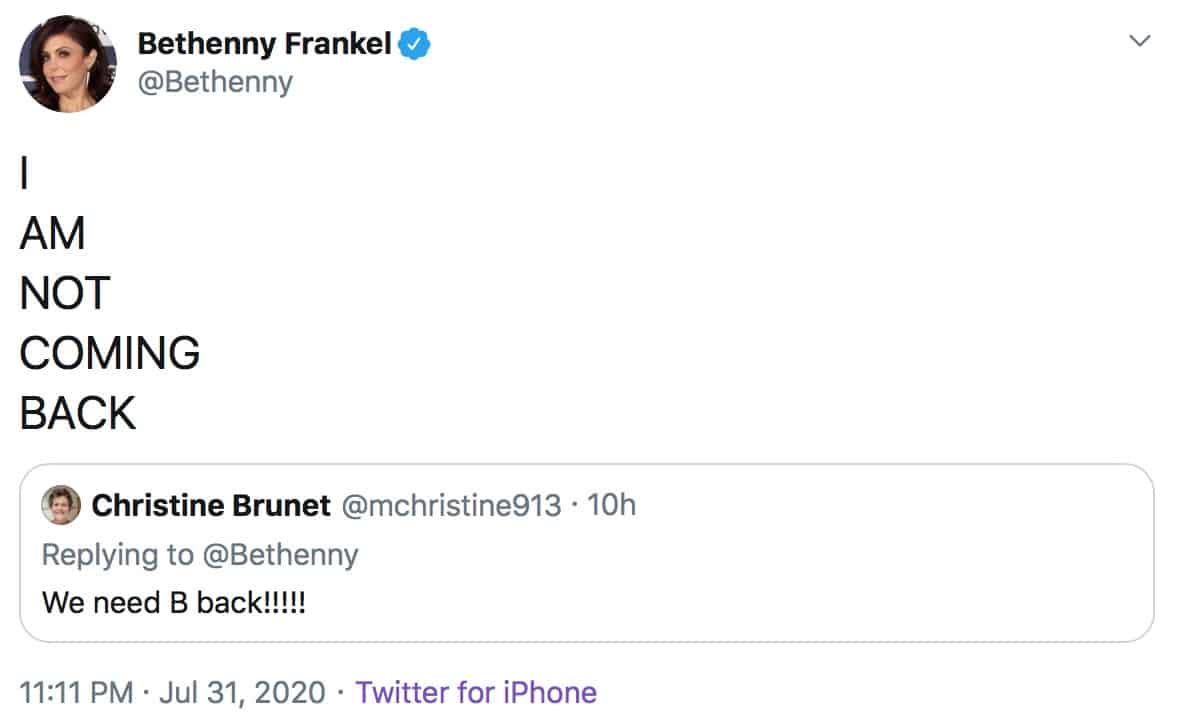 Bethenny then responded to another fan who denied needing her to return to RHONY but said they would like to see her back on television.

“Bethenny, we don’t need you back to RHONY , but would love to see you back in any TV show, whatever you touch turns to gold so please come back to maybe your new show called [Bethenny on Top]???” the fan wrote.

“[The Big Shot with Bethenny on HBOMax] coming SOON to a quaranTV near you!” Bethenny shared. 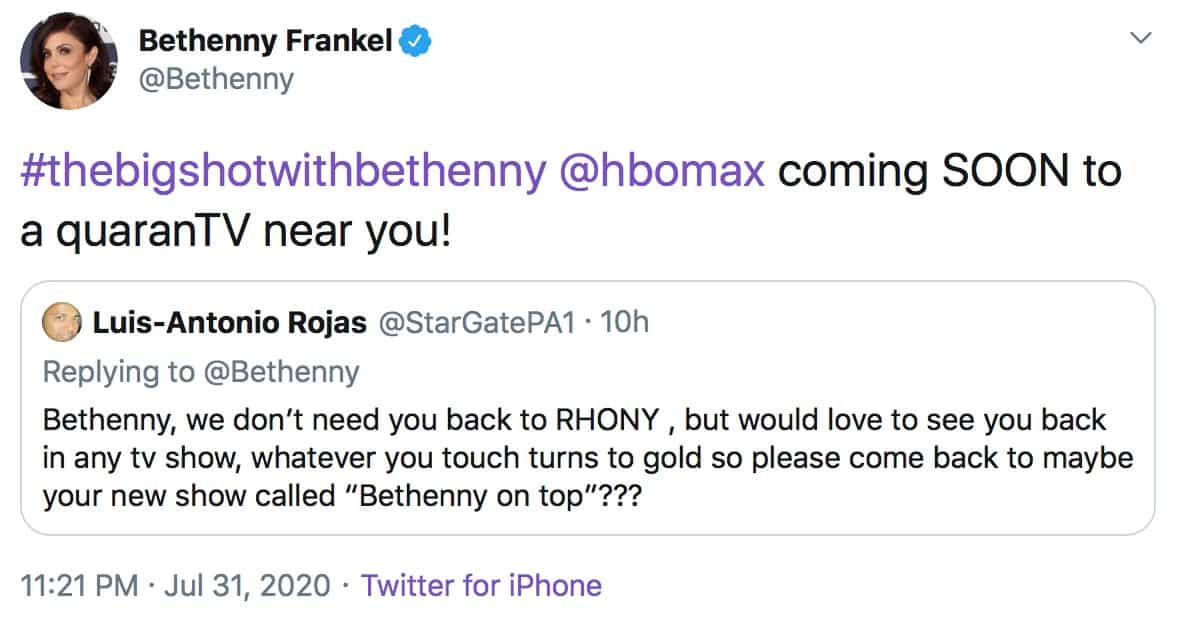