Home Real Housewives of New York City News Andy Cohen Admits the RHONY Cast is “Off the Rails” With Their Drinking Amid Twitter Backlash and Confirms Their Relationships With Alcohol Will Be Discussed on Coming Episodes, Plus He Reveals What They’re Like Off-Camera

Andy Cohen Admits the RHONY Cast is “Off the Rails” With Their Drinking Amid Twitter Backlash and Confirms Their Relationships With Alcohol Will Be Discussed on Coming Episodes, Plus He Reveals What They’re Like Off-Camera 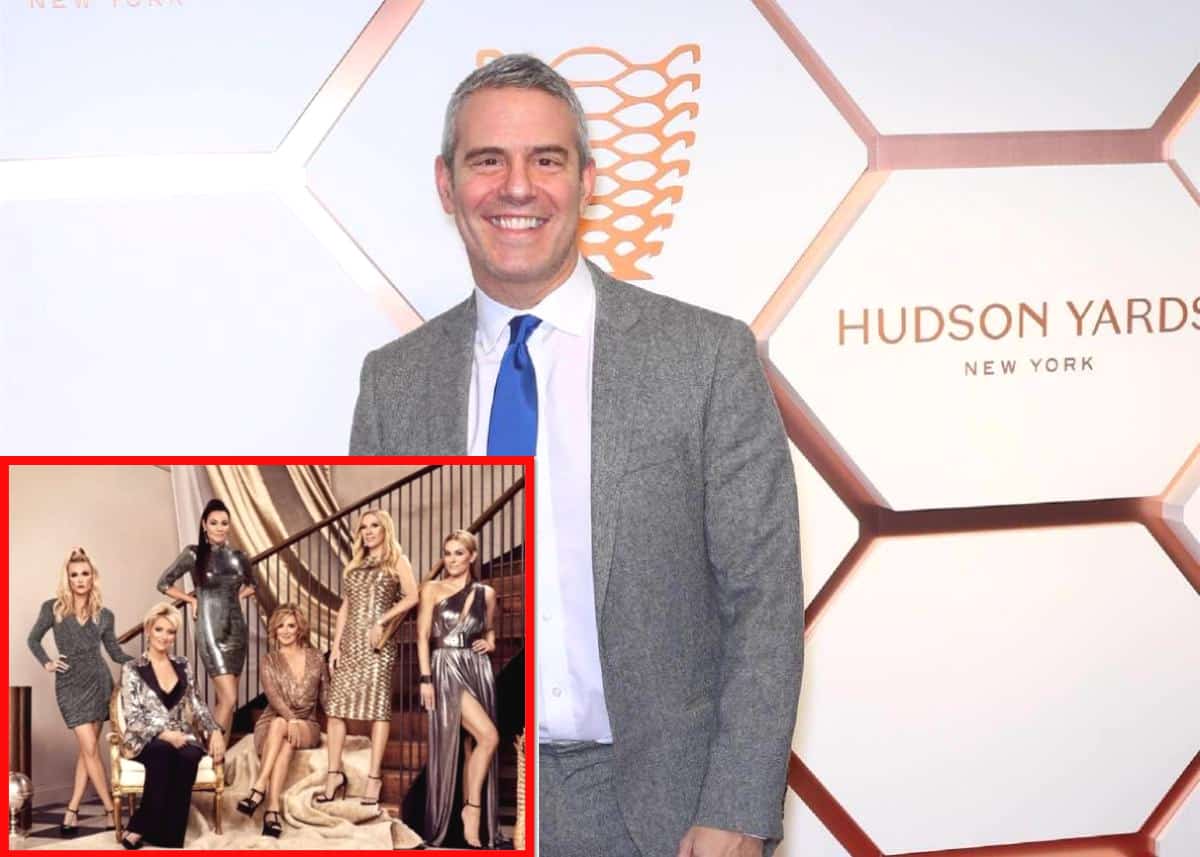 Andy Cohen appeared on Australia’s The Kyle and Jackie O Show on Wednesday, where he opened up about the concerning drinking habits of the cast of The Real Housewives of New York City.

As fans on social media continue to speak out about the excessive drinking of the likes of Sonja Morgan, Luann de Lesseps, and Leah McSweeney, Andy admitted that the ladies are “off the rails” while also confirming that their relationships with alcohol will soon be discussed on the show.

“There’s a lot of booze this season and the good news is that they, they… It becomes a big topic of discussion as the season goes on because they’re all kind of in various stages of being off the rails,” Andy shared, according to a clip shared by KIIS 1065. “And so they actually start talking a lot about their relationship with alcohol and alcohol in the group.”

Following a number of drinking storylines on the show, Leah, the newest addition to the series, confirmed on her Instagram page that she had returned to a life of sobriety as she showcased a photo of her 90-day Alcoholics Anonymous chip.

Over the past couple of episodes of RHONY, viewers have taken to their social media pages with concerns for the women of the show and flooded the ladies with backlash and claims of taking their alcohol consumption too far.

@BravoTV #RHONY Why doesn't anyone address the issue that Sonja has a drinking problem? And her drunken mess isn't Interesting!

One particular fan noted that Luann, who has been to rehab on a number of occasions in recent years, should not have returned to drinking during season 12.

Why doesn’t anyone have an issue with Luann drinking AGAIN?? Isn’t this woman a recovering alcoholic?! And here she is at Dorinda’s getting drunk. At this point, they are all alcoholics. #RHONY

Last week, following the July 2 episode of RHONY, it was noted that the series had recorded its lowest rated episode since season seven in 2015.

“The Real Housewives of New York City has just recorded its lowest rated episode since season 7! Thursday’s RHONY episode was only viewed by 0.88 million people, down from 1.18 million from the previous episode,” the Real Housewives Franchise on Instagram revealed.

Also during his interview on The Kyle and Jackie O Show, Andy revealed what the Real Housewives are like when the cameras aren’t rolling.

“People always ask what the Housewives are really like and I always say, ‘If you run into them in the wild, you will know that they are exactly as they are on the show,'” Andy shared. “The funny thing is, the New York women, who might be the most off the rails, I’m running into them. They’re all in The Hamptons.”

“I’ve got Countess Luann who’s driving by on a boat outside of my house,” he added.