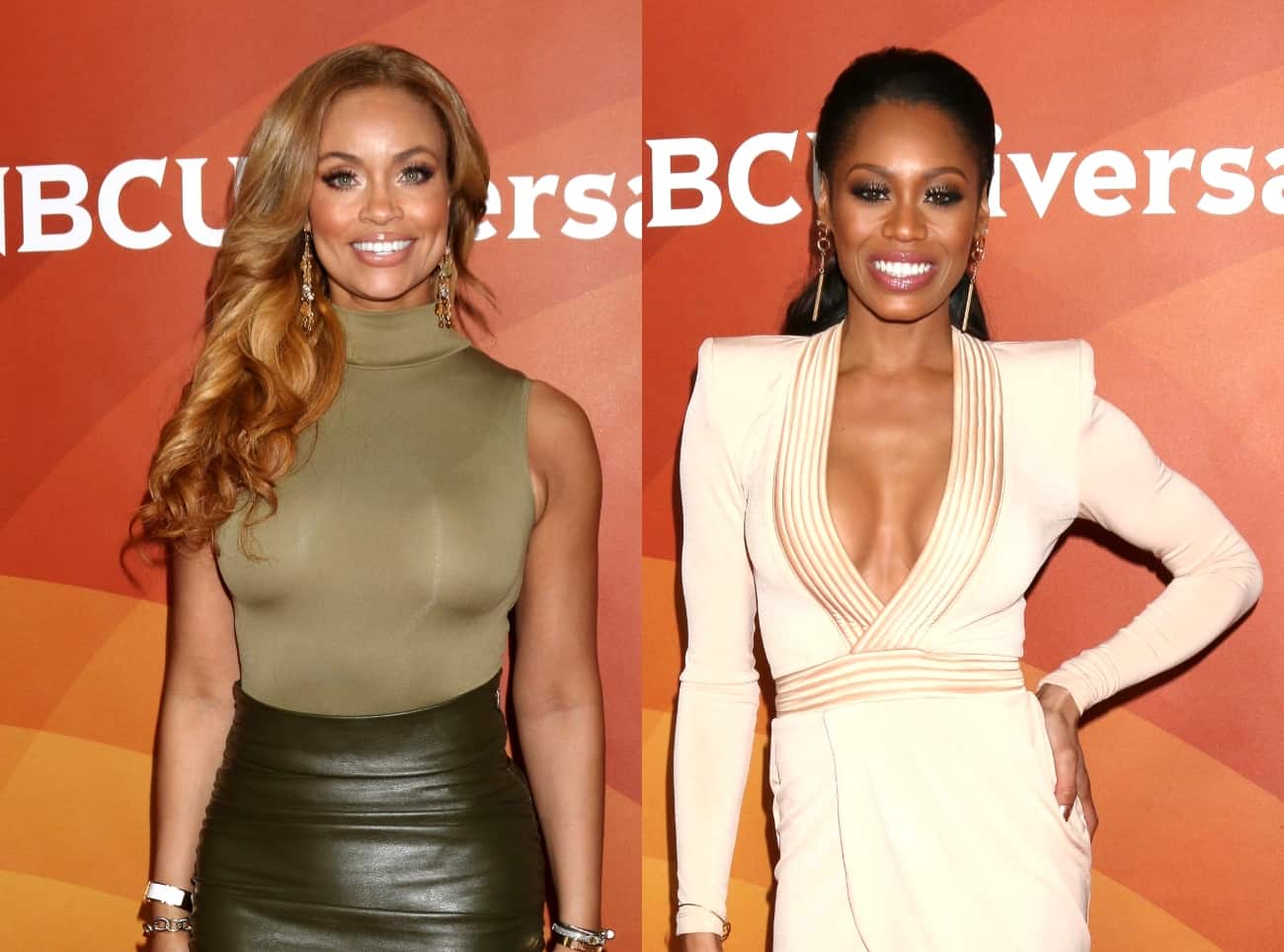 The Real Housewives of Potomac star caught up with Andy Cohen Sunday night on Watch What Happens Live after the season five premiere and admitted she’s … not too impressed with Monique’s new track.

Monique released the song “Drag Queens” last month and described it as “just fun, uplifting [and] a little shady,” explaining how her turn to music amid last year’s “craziness” granted some solace.

“It was a lot that happened last season and this is pretty much me just reclaiming my power back and reminding myself of who I am, and although, you know, I’m not perfect never claimed to be,” she stated to E! News. “I just needed a way to reassure myself that, you know, everything will be fine. And then this song was kind of my way of just letting everything go, getting everything that I felt off of my chest.”

Now, Gizelle (who has often clashed with Monique) is giving her critique of the song, admitting she was actually “embarrassed” for Monique around the release.

“I was actually very disappointed, because she’s rapping about glorifying violence, and at this point [with] where we are in this country, there’s no room for that,” Gizelle stated on WWHL on August 2. “I was very disappointed and embarrassed for her.”

Monique wasted no time firing back at her RHOP co-star, taking to Twitter to clarify the lyrical content of the track and shading Gizelle along the way.

“For those who can ACTUALLY READ… check out my lyric video which is an anthem for standing up for yourself,” she wrote. “Those who are illiterate will think it’s about promoting violence ???????? #RHOP”

For those who can ACTUALLY READ… check out my lyric video which is an anthem for standing up for yourself. Those who are illiterate will think it’s about promoting violence ???????? #RHOP https://t.co/g1V5jka4Ny

Gizelle also discussed Karen Huger‘s perfume, “La Dame,” when she was prompted to “say three nice things” about the fragrance.

“It’s in a pretty bottle, it had pretty packaging, and Karen’s wigs sometimes are very pretty,” Gizelle quipped.

The Real Housewives of Potomac airs every Sunday at 9 p.m. on Bravo.