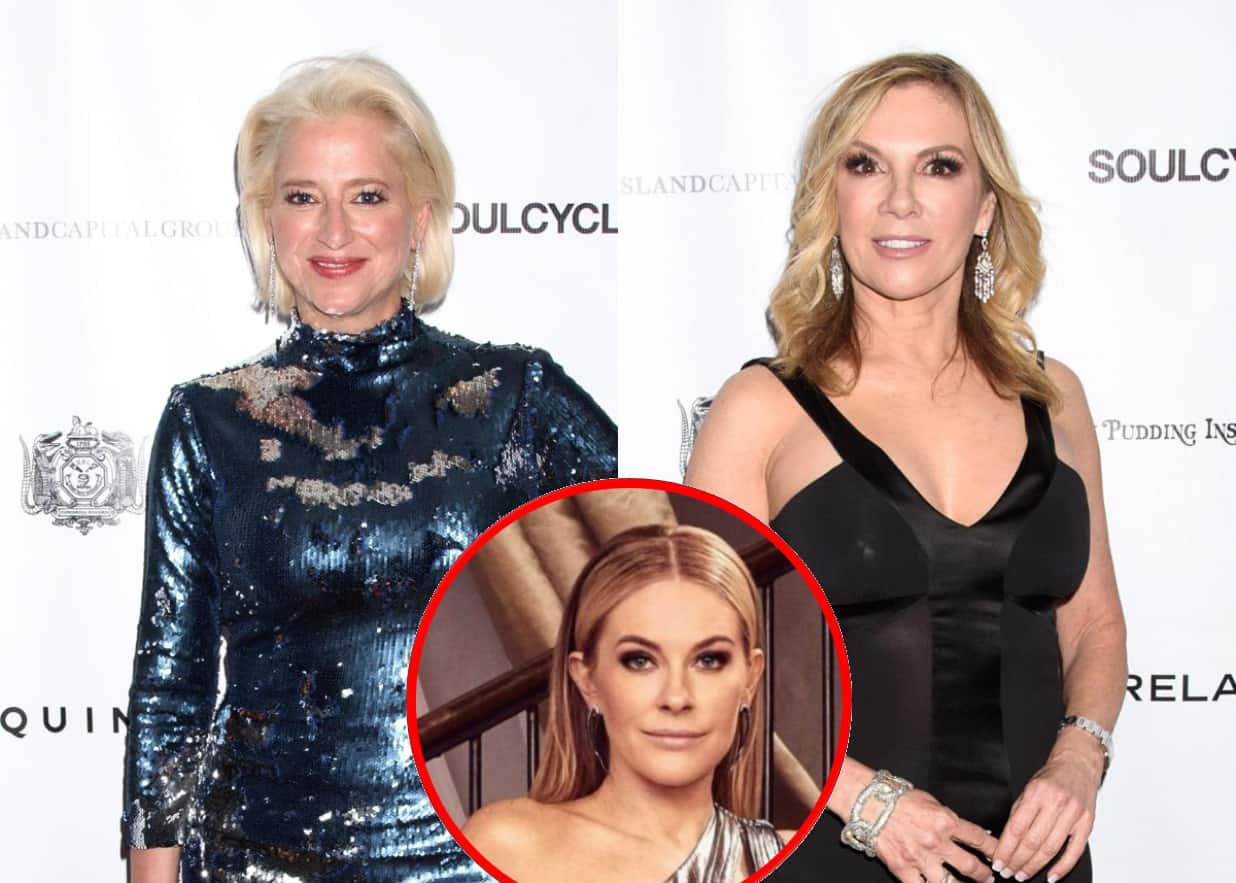 Dorinda Medley and Leah McSweeney are taking their Real Housewives of New York City co-star Ramona Singer to task for some of her behavior.

Dorinda typically live-tweets while watching RHONY on Thursdays, but following the latest episode, she seemed to tune in to Watch What Happens Live as well, checking in on her friend Ramona who was last night’s guest.

For a segment on the show, Ramona was given screenshots of herself from past episodes of RHONY and asked to identify who she was yelling at in the scene — a game Dorinda has played before.

Dorinda did a much better job at the game, sufficiently identifying every scene (and the respective victims of her wrath). Ramona? Not so much, often pleading for host Andy Cohen to give lines from the scenes to help her along.

“You know, by the way, we played this with Dorinda last week and she got every one correct,” Andy told Ramona.

Watch as @RamonaSinger guesses who she was yelling at in iconic #RHONY scenes! 😂 #WWHL pic.twitter.com/B2DHhaDEWG

Dorinda then shot back at Ramona on Twitter, saying, “By the way @ramonasinger on for 6 years you dummy #RHONY”

By the way @ramonasinger on for 6 years you dummy #RHONY

Ramona’s other castmate (and full-blown nemesis this year), Leah, also shot back at the series OG, commenting on Dorinda’s posting clips of the episode and all its respective drama.

“I’m embarrassed for her,” Leah wrote, re-posted by Comments by Bravo.

Last week’s episode brought conflict between the women, but Leah revealed she wasn’t so much bothered by Ramona’s reception of her at her birthday party, but rather Ramona’s calling out her bipolar II disorder diagnosis as the reason for her “disappointing” behavior. As Leah noted in the episode, “When you start talking about [depression] and [being on pills] … it’s just a line you don’t cross.”

The 37-year-old is continuing with her low-key jabs at Ramona on social media, defending herself against the harsh criticism. Posting a photo to her Instagram last night, Leah showcased her clothing line, Married to the Mob, sporting a sweatshirt with “Don’t be scared to be a b–ch,” written on it.

The Real Housewives of New York City airs Thursdays at 9 p.m. on Bravo.