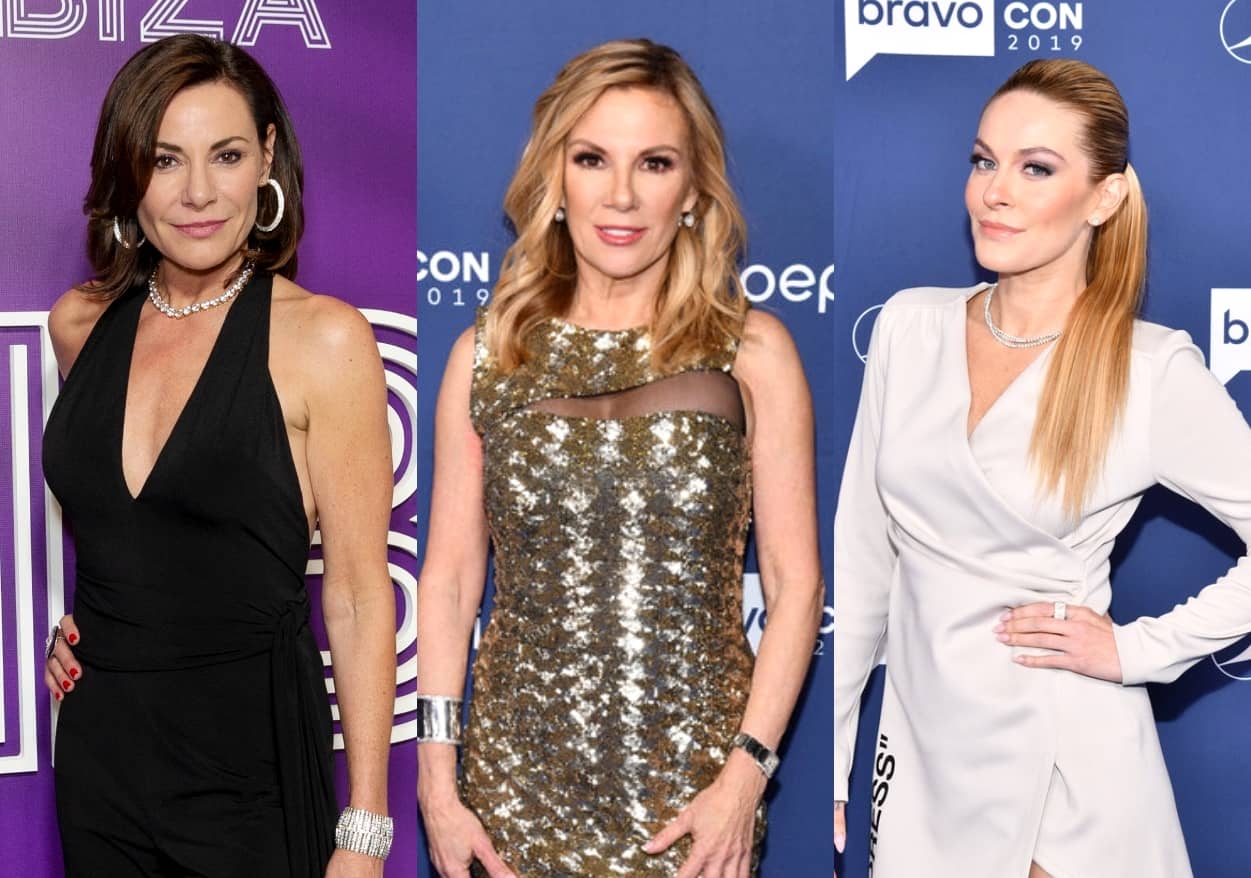 With so much drama in NYC, it’s kind of hard being Luann de Lesseps, trying to (somewhat) soberly watch from the sidelines.

Last week’s episode of RHONY featuring Ramona Singer‘s birthday party (with her 50 best friends in attendance) took a turn for the worse when Luann, Leah McSweeney, Dorinda Medley, and Elyse Slaine did some dirty dancing that threw Ramona for a loop.

The Real Housewives of New York City star had a meltdown and broke the fourth wall, calling on producers to stop filming and even threatening to quit the show.

Now, her long time co-star Luann is speaking out about the incident. She’s understanding of Ramona’s position but also condemning some of her “harsh” behavior.

“I think Ramona starts with the best intentions but there was a lot of drama during that party,” Luann told E! News. “I mean between Leah lifting up her skirt, and too much for Ramona’s liking and Sonja [Morgan] dancing on the tables and breaking glass. I don’t think it went to where she was thinking it was gonna go and that’s why she asked the cameras to come down.”

Although Sonja got a little wild (Sonja? Wild?), Luann called out Ramona’s specific focus on Leah and how she goes harder on her than the other women in the group.

“You know, Sonja can get away with murder. Do you think she was upset that Sonja smashed tables and etc.? No, she was more upset with Leah for, you know, getting sexy on us,” Luann stated. “I think she judges her more harshly than other women. I don’t know what it is, maybe it’s her mothering part that she is to Leah. She judges her more harshly than anybody else I would say.”

Bravo is definitely experimenting with the added drama of breaking the fourth wall this year, with RHONY and, notably, The Real Housewives of Beverly Hills. Luckily, Luann (and Bravo fans) seems to like the choice.

“It’s cool, you get to see behind the scenes I think so it kind of gives it a different take on it and makes it a little bit more interesting for the viewer who doesn’t get to see that stuff normally,” she said.

Even more interesting for the viewer will be the RHONY reunion, which is reportedly set to film in-person next week rather than virtually from everyone’s respective homes.

After the coronavirus outbreak hit the U.S. in March, Bravo productions had to follow suit with lockdown measures, halting production on multiple shows and filming reunions digitally.

Now, though, sources have told Page Six that the RHONY women will be shooting the reunion together in-person on August 5 in Long Island, NY with Andy Cohen in attendance.

COVID-19 precautions are still being “ironed out,” but the sources report they will be following CDC guidelines with a limited crew, social distancing, and mandatory face masks.

RHONY Live Viewing – This is also a live viewing thread for tonight’s all-new episode of RHONY, which airs at 9/8c on Bravo, so feel free to comment as the episode airs! A preview clip is below.